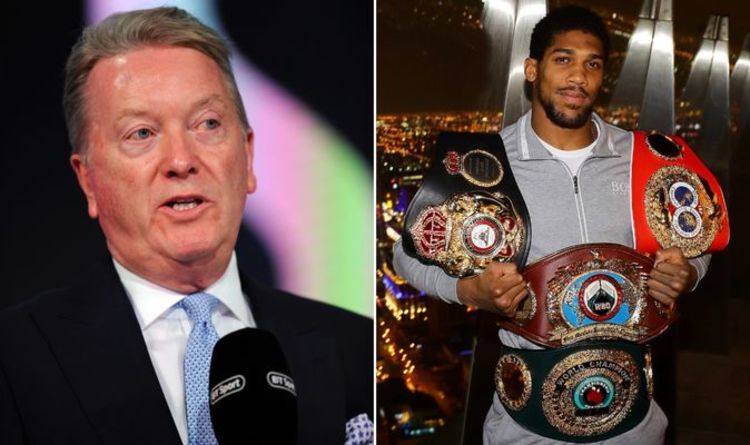 Anthony Joshua has been warned not to drop the ball as the U.K.’s two top heavyweights look to negotiate a tricky and unexpected diversion before their hotly anticipated title unification clash.

Joshua was set to face Tyson Fury in a titanic all-British clash for the undisputed heavyweight championship of the world in Saudi Arabia on August 14.

But Fury will now face Deontay Wilder in a trilogy fight on July 24, with Joshua set to face a tricky test of his own against mandatory WBO challenger Oleksandr Usyk.

“Tyson Fury is facing Deontay Wilder next – but let’s make it very clear now that we want Anthony Joshua in December,” Warren wrote in his Daily Star column.

“There is no doubt the Gypsy King will want to face his fellow Brit in a blockbuster fight.

“And we are keen that it is for the undisputed heavyweight title. 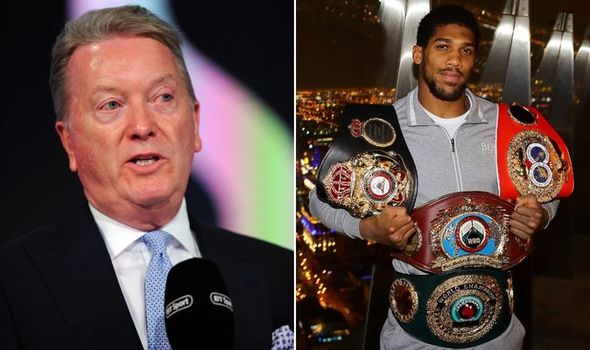 “So my message to Joshua is if you defend the WBO title against Oleksandr Usyk then make sure you don’t slip up.

“We will be waiting in December once Fury wipes the floor with Wilder again this summer.”

The pair were all set to face off in a battle for the undisputed heavyweight title on August 14, but an arbitration court’s decision saw Deontay Wilder gatecrash the heavyweight championship picture and ensure that the belts will remain separate – at least for the time being.

And, after it was decreed that Wilder was contractually entitled to the next bout, and the WBC threw their weight behind the decision, Fury’s camp pivoted and “The Gypsy King” signed a contract to face Wilder for a third time.

It means that Joshua also now has to turn his attention to a stop-gap fight before he can face Fury, with Ukrainian former undisputed cruiserweight champion Oleksandr Usyk in pole position to face the Briton.

The WBO have installed Usyk as the mandatory challenger for Joshua, but that bout has not yet been officially signed.

If that bout fails to materialise, Joshua could be stripped of his WBO belt, leaving dreams of an all-British battle for the undisputed title in tatters.

And Warren said that if Joshua does end up relinquishing the WBO belt by not facing Usyk, another British heavyweight is ready to pick up and mantle against the Ukrainian.

“Should Joshua opt to give up the WBO title and face lesser opposition than Usyk, then our man Joe Joyce will be ready to take on the Ukrainian,” said Warren.

“There won’t be any running from Joyce as he has been patiently biding his time for that fight.

“We couldn’t make it as we were waiting to see if Fury against Joshua would happen and the potential legal issues that may have presented themselves.

“It would be a shame if Fury against Joshua is not for the undisputed crown but it is a win-win situation for us as our stable will get another world heavyweight champion.”

Warren also fired back at rival promoter Eddie Hearn over the Matchroom supremo’s claims that he had been blindsided by the sudden change in circumstances that led Fury to end up signing to face Wilder.

“The arbitration decision to force Fury into a third fight with Wilder was disappointing,” admitted Warren.

“But it was clear in the contracts signed by all parties involved in the fight that it was happening and we were awaiting the outcome of it.

“So nobody has been left in the dark over it. Everyone knew what was happening.

“As I’ve said, I was wary of saying the all-British fight was on until everything was sorted, unlike Eddie Hearn, who was shouting about it time and time again.

“Nothing is done until all the contracts are signed.

“Now let’s hope we get it on in December.” 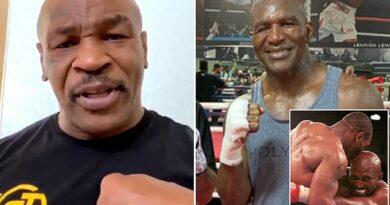