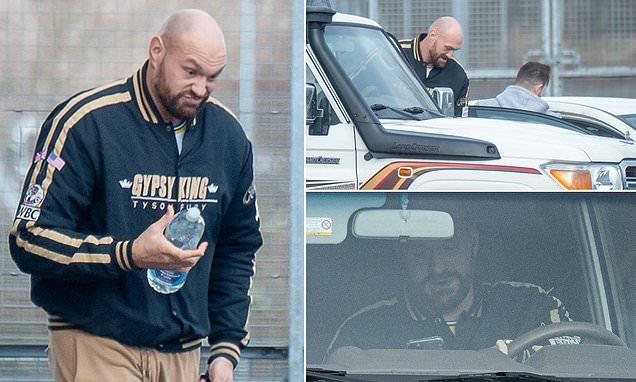 Tyson Fury’s fight camp ahead of his WBC title fight against Dillian Whyte kicked off with a lengthy fitness session at a Lancashire gym on Wednesday.

The Gypsy King has already announced this week he has begin a social media blackout to concentrate on training ahead of the 23 April showdown against his British rival.

WBC champion Fury was also set to move out of the family home for eight weeks to ‘completely cut off from the outside world’ ahead of facing Whyte at Wembley. 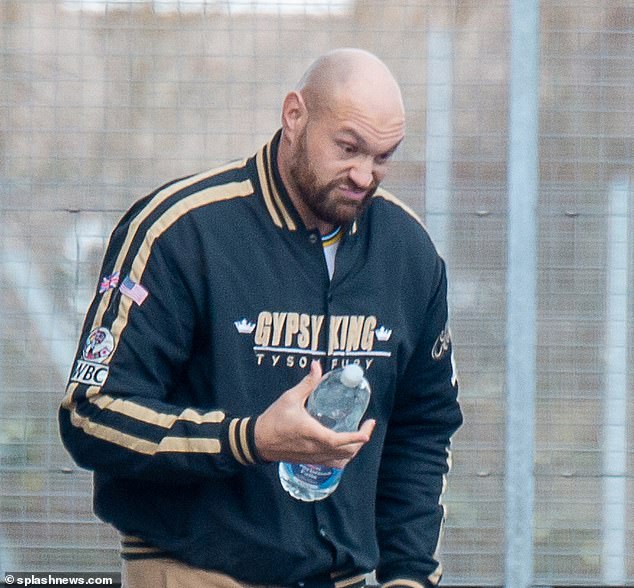 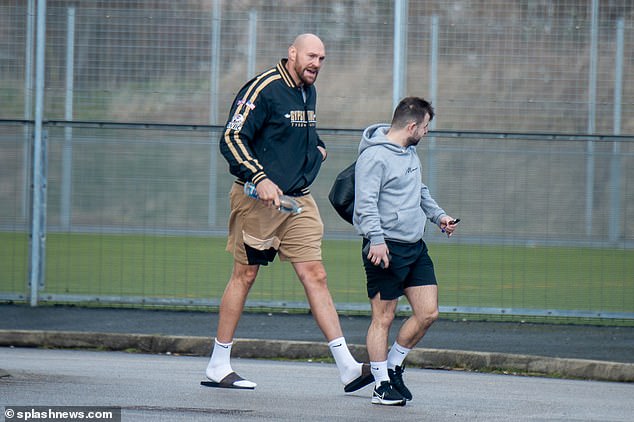 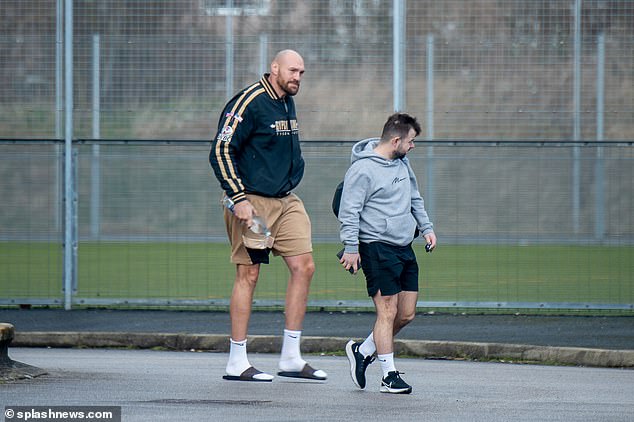 But he has now been spotted leaving a fitness session in Lancashire as he and his team got down to business.

Fury’s wife, Paris, was also seen outside the gym with what appeared to be a box of cold drinks and snacks to ensure her husband and his team maintained their energy levels throughout the session.

After what appeared to be a length session in the gym, Fury was then seen walking out and driving away from the gym in a Toyota Land Cruiser.

It is the first public sighting of the Gypsy King since he asked his 5.4million social media followers to ‘respect his privacy’ and refrain from ‘calling, texting, or emailing’ him during his training camp. 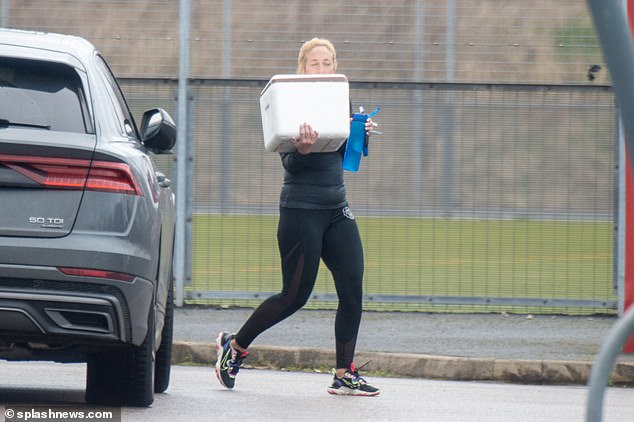 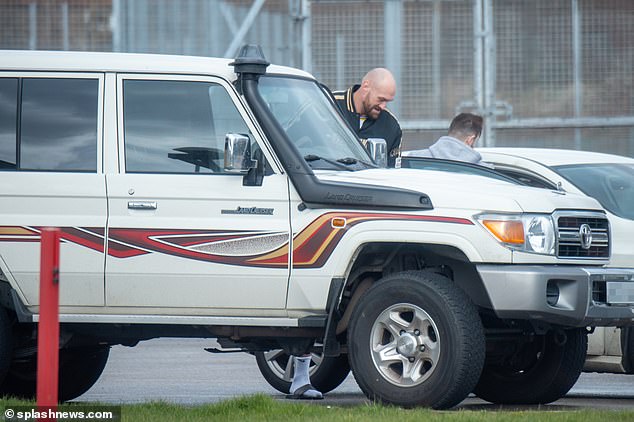 After a lengthy session in the gym, Fury emerged with members of his team to leave 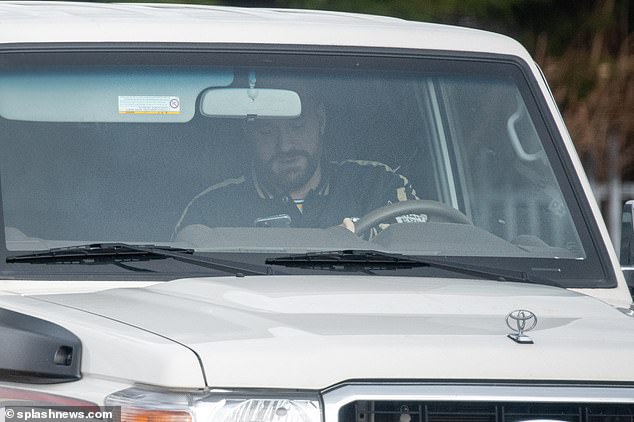 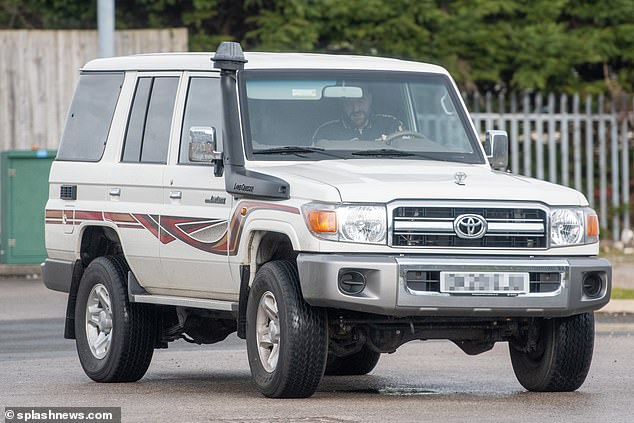 Fury said he will give Whyte ‘all the respect he deserves’ by training hard and ‘going off social media completely for the next eight and a half weeks’.

Taking to Instagram, Fury said: ‘Hi Tyson Fury here, aka the Gypsy King. I am about to go off social media completely for the next eight and a half weeks.

‘I’ve got to go into my training camp to give Dillian Whyte all the respect in the world he needs. I’ve never underestimated anybody in my life.

‘I’ll give this man all the respect he deserves coming in as the No.1 ranked WBC heavyweight challenger in the world today.

‘Please don’t phone me, call me, email me, text me or try to contact me in any single way as I am out of bounds until May. Have a fantastic time. I will see you all at the press conference. 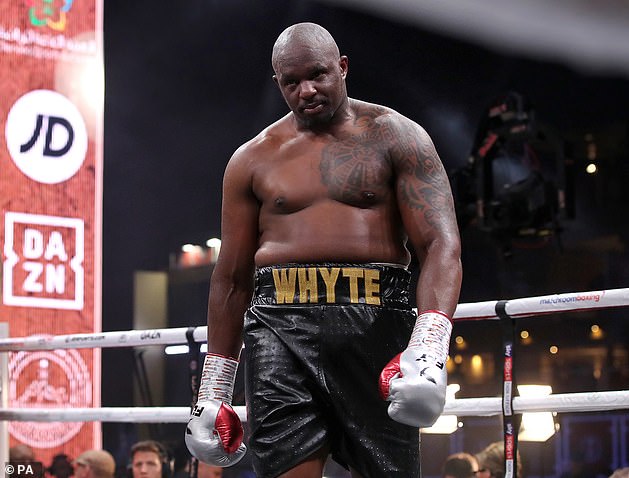 ‘I will be training away but please appreciate my privacy and space until the press conference. I will see you all soon. Peace out.’

Fury will stay around the corner from his home on the Lancashire coast but will maintain absolute separation from Paris and their six children during his training camp.

‘Eight weeks is all I need to get ready for this stupid bum,’ Fury said of his WBC championship defence in north-west London this spring.

‘And eight weeks is what I will get. I will not live at home. It’s impossible. I will be at another of my properties in Morecambe. 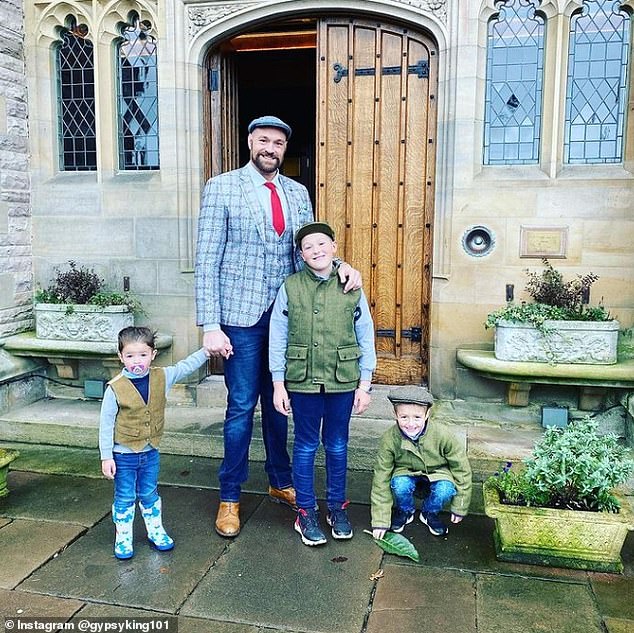 ‘The time difference prevents me from basing camp in Las Vegas but I will be completely cut off from the outside world just the same. Total tunnel vision.’

This will be Fury’s homecoming fight after nearly four years boxing in America, which included his epic trilogy victory against Deontay Wilder in October. 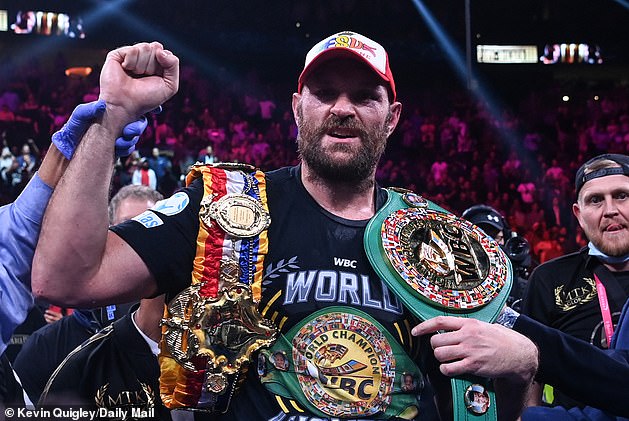 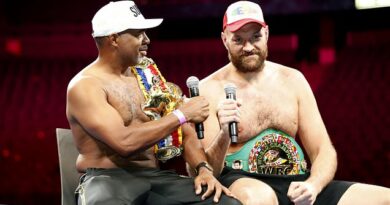 Fury discusses next fight with Wilder rivalry 'done for good' 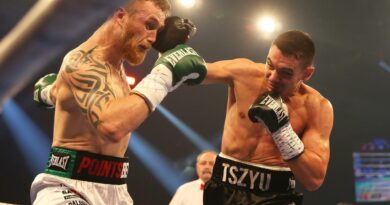