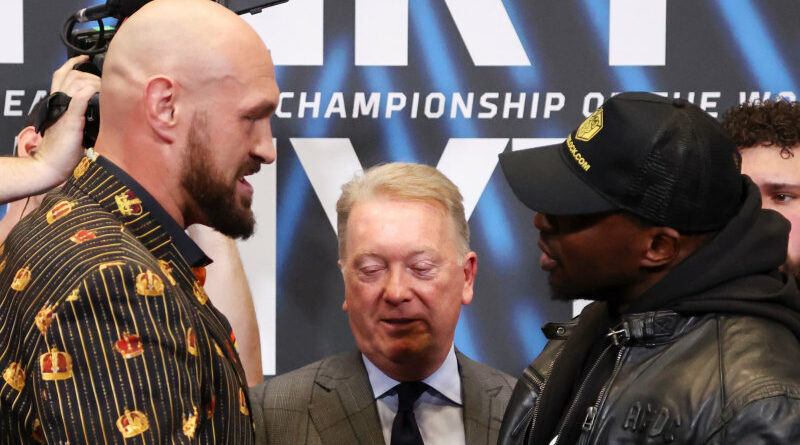 London: There were no fireworks. Barely even a spark flew when Tyson Fury finally came face-to face with Dillian Whyte – although there were quite a few chuckles when the ‘Gypsy King’ accidentally inferred he had slept with his opponent back when they were sparring partners a decade ago.

The most interesting thing that happened during their highly anticipated pre-fight press conference didn’t actually happen at the press conference, and didn’t even involve Fury or Whyte – the two heavyweights who will meet at a packed Wembley Stadium on Saturday (Sunday morning AEST) in the biggest showdown British boxing has seen in decades.

It did, however, involve the elephant in the room. An influential figure who so many movers and shakers in boxing have, for the past week, pretended not to know: alleged Irish crime boss Daniel Kinahan – Fury’s former ‘adviser’ and co-founder of promotional company MTK Global.

As Fury and Whyte were busy telling the assembled media how much they respected each other, MTK Global suddenly announced it would be ceasing operations by the end of the month. The timing of MTK’s press release, a few minutes into official proceedings at Wembley, can only be seen as cynical – particularly when coupled with the fact neither Fury, Whyte, their trainers, promoters nor anyone else took any questions from the press at an event seemingly designed for that precise purpose.

Kinahan was last week hit with heavy sanctions by the United States government, on par with those recently levelled at Russian oligarchs following the invasion of Ukraine. He is alleged to be the head of one of the world’s biggest organised crime groups, which has ordered murders, trafficked drugs and firearms throughout Europe and laundered money – including, many people suspect, in boxing through his involvement with MTK, which previously had Fury on its books.

Kinahan is said to have sold his share in the company in 2017 and denies all allegations made against him, but famed Top Rank promoter Bob Arum insisted last week that Kinahan was still “100 per cent” the brains behind MTK, and revealed he was paid millions in consulting fees for each of Fury’s last four fights. 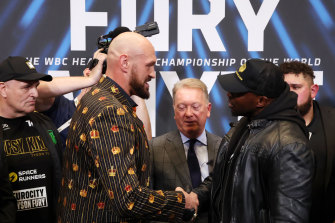 The US is offering $5 million for information leading to his arrest or the financial disruption of the Kinahan gang, and warned anyone doing business with him would be at risk of charges – prompting the boxing world to quietly sever all ties.

Fury was visibly agitated on Tuesday at a public workout in London by questions over his association with Kinahan, whom he was pictured with as recently as February. He said the sanctions against him were not his concern and refused to say whether they still had an ongoing relationship.

“That’s none of your business and none of anybody else’s business I think, is it? My business is my business, your business is yours, and that’s it,” Fury said. “It’s got nothing to do with me in boxing. I’m just a stupid boxer who gets punched in the face for a living.”

The 33-year-old, who usually has no problem saying what he really thinks whenever a microphone is shoved under his nose, can’t be enjoying this uncomfortable extra layer of scrutiny. Or maybe it’s the fact that Fury says this will be his last ever fight that has slowed down his notorious motormouth and put him in such a different mood. 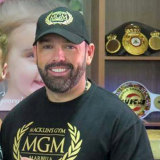 On Wednesday, most people were expecting a war of words at the very least between Fury (31-0-1, 22 KOs) and a man he recently dubbed “Frillian White Knickers” for ducking all previous promotional commitments, and described as akin to a Vauxhall Corsa compared to himself, a Ferrari.

Instead – despite the fervent hopes of the rogues’ gallery of tattooed onlookers and bumbag-wearing associates that typically assembles for fight week events – it was a full-blown love-in.

Compliments, not insults, were traded. A few smiles, a nice solid handshake and even a little tummy tickle from Fury wringed any tension out of the traditional stare-down. When things did briefly threaten to boil over between Fury’s father John and Whyte’s brother Dean, the two fighters told everyone to back off and calm down.

Fury, who is putting his WBC and The Ring heavyweight straps on the line in front of an anticipated crowd of 94,000, is the unbackable favourite. This is widely being seen as his ‘homecoming’ fight as he has not boxed on British soil since 2018, when he launched his remarkable comeback from mental health, alcohol and drug issues that almost saw him take his own life.

But his deference to Whyte – the Jamaican-born mandatory challenger with a 28-2-0 record who has waited a long time for this world title opportunity – was jarring and uncharacteristic.

“It’s going to be a good fight. I know people want a big ruckus at press conferences. They want to see all the screaming and shouting and punching. But listen: let the two boxers do a fight and enjoy it. The man’s doing his job, getting paid to do it, and so am I.

Given the calibre of the two boxers involved, the magnitude of the occasion, the history of the venue, the belts on the line and the probable end of Fury’s breathtaking career, it really should sell itself.

Reigning WBC heavyweight champion, Tyson Fury, will defend his title against fellow countryman Dillian Whyte. Live and Exclusive on Stan Event on Sunday, April 24 from 3am AEST, with the title fight after 7am AEST. Stan subscribers can purchase the pay-per-view event for $60, new customers can sign up to a free trial and purchase the fight. We’ll also be live blogging all the action at smh.com.au/sport 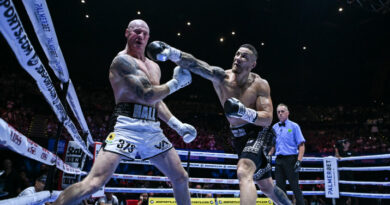 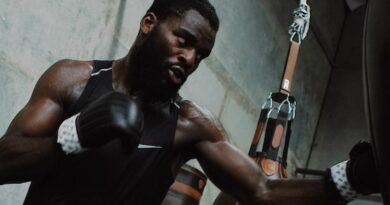 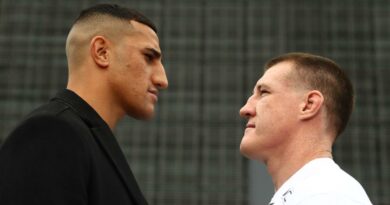