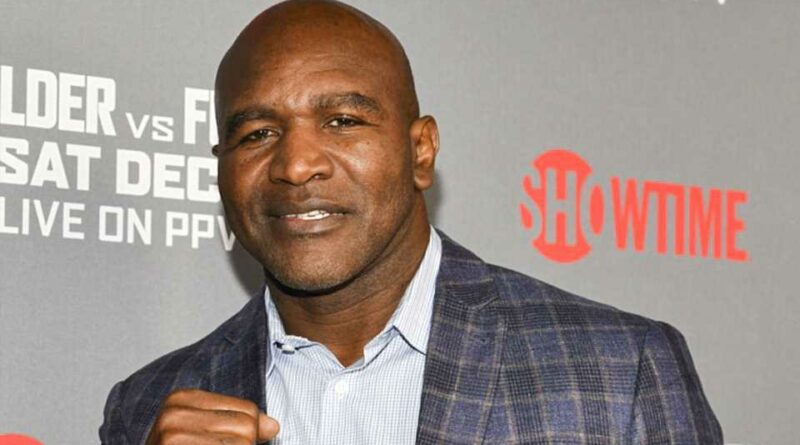 Boxing’s only four-time heavyweight champion will return to the ring for the first time in a decade Saturday night. Evander Holyfield will face former UFC champion Vitor Belfort in a heavyweight boxing match at the Seminole Hard Rock Hotel and Casino in Hollywood, Fla.

Holyfield’s legendary career is highlighted by a resume that includes victories over Mike Tyson, Riddick Bowe, Buster Douglas, George Foreman and others, but he will be stepping into the ring just a month shy of his 59th birthday, which would make him the second-oldest boxer to fight professionally, behind only Steve Ward (59).

Holyfield appears to be in tremendous shape, but why is he returning to the ring to take on an MMA fighter?

When was Evander Holyfield’s last fight?

Evander Holyfield last fought on May 7, 2011, when he defeated the relatively unknown Brian Nielsen via 10th-round TKO. Nielsen was also a victim of Mike Tyson in 2001. Holyfield was 48 years, 200 days old when he fought Nielsen in Copenhagen, Denmark. If you’re looking for the last time that Holyfield fought a notable opponent, you’d have to go back to former title contender Fres Oquendo, whom Holyfield defeated by unanimous decision in 2006.

Holyfield had been in talks with Triller to face Kevin McBride in an eight-round boxing exhibition on June 5, 2021. A Holyfield victory would have likely set up a blockbuster showdown with Mike Tyson. The fight was slated to take place on the undercard of unified lightweight champion Teofimo Lopez’s title defense against George Kambosos. Lopez-Kambosos was postponed multiple times, however, so Holyfield-McBride never materialized.

Unhappy with his comeback fight being held up, Holyfield reportedly filed a demand for arbitration against Triller Fight Club, claiming breach of contract over the exhibition bout and suggesting that Triller refused to reschedule.

Once De La Hoya was pulled from his fight with Belfort, Triller Fight Club was in need of a replacement to keep the boxing card intact. Considering that Holyfield and Triller already had history, it appears that plugging him into the fight as a late replacement was an effort to mend their fractured relationship.

Should Holyfield emerge victorious, a massive showdown with Tyson will certainly be the topic of conversation. It would be lucrative for both parties and be one of the most talked-about events in boxing.