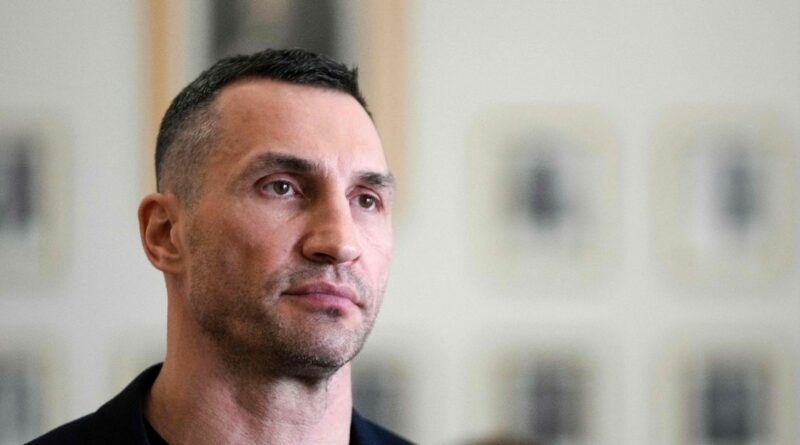 Wladimir Klitschko considered contacting Tyson Fury to set up a rematch between the pair – but the Ukrainian boxing legend said the invasion of his country by Russia has put off any comeback plans for him.

Klitschko, 46, is currently in his homeland helping brother Vitali – the Mayor of Kiev – deal with the war which has wrecked Ukraine in recent months. The former WBA, IBF and WBO heavyweight champion has been involved in defending the city from invading Russian forces.

But he had previously considered returning to boxing to take on Fury in a rematch. Klitschko was outpointed by the self-proclaimed Gypsy King back in November 2015 in Dusseldorf. The pair were set to have a rematch before Fury failed a drug test for cocaine and then claimed he had retired from boxing while he also fought a separate UK Anti-Doping charge.

Klitschko went ahead and fought Anthony Joshua instead at Wembley in April 2017 and was stopped in the 11th round in a classic clash in front of 90,000 fans. The Ukrainian had a rematch clause and a deal was in place for the pair to rematch in Las Vegas later in 2017 but then he opted to retire. Now he has revealed he almost came back to the sport to take on Fury. He told Piers Morgan Uncensored, TalkTV: “I was thinking I should just text Tyson Fury and tweet, ‘Last dance?’ He wants to retire. We were supposed to have this rematch and that’s what I was thinking about it. You know, I didn't do it because my mind was in a totally different world.”

Fury insists he is now retired following his knockout victory against Dillian Whyte at Wembley last month, although he has yet to relinquish his WBC heavyweight title. Klitschko admitted he also had an ambition to take George Foreman's record as the old world heavyweight champion in history. Foreman beat Michael Moorer in 1994 to claim the WBA title and, at 45, set the record. He admits the war may have wrecked his hopes of coming back to boxing.

Who would win a Tyson Fury vs Wladimir Klitschko rematch? Let us know in the comments section

“I had a dream to become the oldest heavyweight champion of the world," he said. "But we were talking about something that was happening before and now there's a big question mark.” Klitschko has also called on the International Olympic Committee to ban Russian athletes from the Paris Games in 2024. “On the economical side, [it should be the] isolation of Russia," he said. "No ships can park at any ports, they should understand that the world is against this senseless war, not just with wording and sanctions but with isolation.

“Athletes at the next Olympic games? I think the IOC should ban the Russian team now. The war is going now, they cannot participate at the next Olympic games, they cannot participate at any athletic events because this war is represented by Russia. I believe that this is going to be the message and is exactly for the answer to the question, ‘What I would you say to Mr Putin?’ … Actions speak louder than words. Isolation, and this isolation speaks louder than any word or any line because isolation is painful. It’s going to be painful for athletes, for the economy, it’s going to be painful for anyone and everybody involved with Russia.” 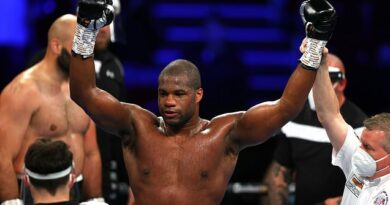 Dubois returns to winning ways with knockout win over Dinu