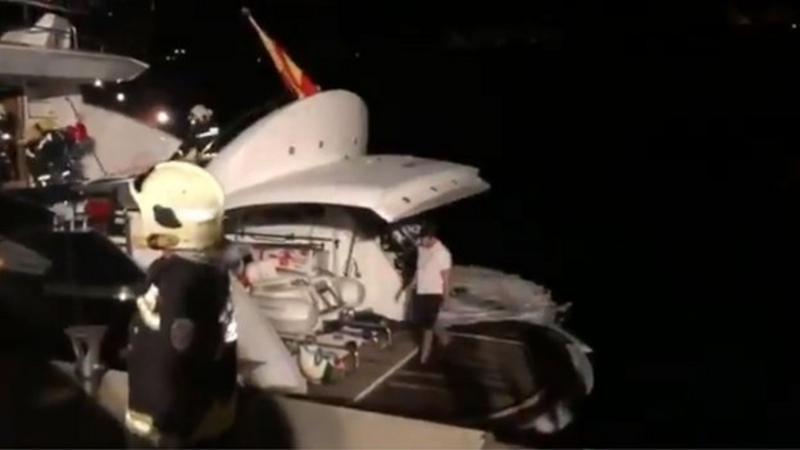 Former heavyweight champion Wladimir Klitschko was rescued by Spanish coastguard after the luxury yacht he was onboard caught fire.

The 43-year-old, who retired from boxing in August 2017, was on holiday off the coast of Mallorca.

“Our trip Sunday night ended up in our boat igniting and family and friends being evacuated by coastguard and fire rescue team,” the Ukrainian, who won 64 of his 69 fights, wrote on Twitter.

“No worries: we are all fine!”

Since his final fight – a knockout defeat by Britain’s Anthony Joshua in April 2017 – Klitschko has given lectures in a management degree at a university in Switzerland and written a book of business advice.

It not the first time the former world champion has endured problems on water.

In October 2014, American Shannon Briggs chased Klitschko in a boat while he was paddleboarding, creating a wave that caused his rival to fall into the water.

It was part of an unsuccessful campaign by Briggs, who lost to Klitschko’s older brother Vitali in 2010, to be granted a world title fight.