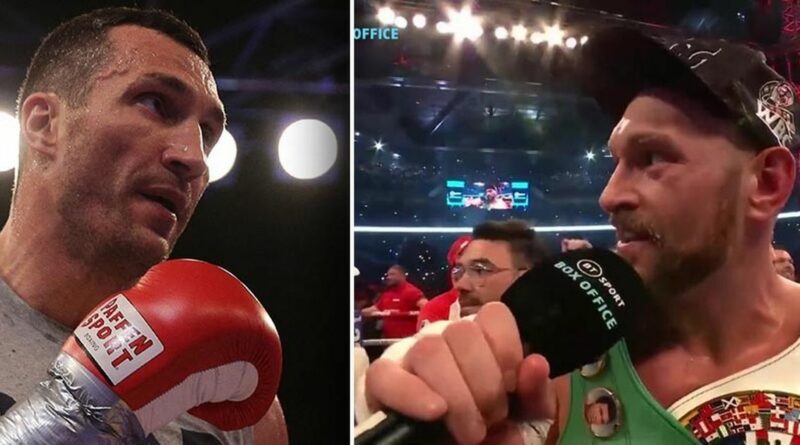 Wladimir Klitschko has teased a possible return to boxing after seeing Tyson Fury 'retire' following his victory over Dillian Whyte.

The Gypsy King admitted in the ring after the fight that it would be his final bout and he was sticking to his previous claims that he would be retiring from boxing. Fury defeated Whyte via technical knockout in the sixth round at Wembley Stadium on Saturday to defend his WBC and The Ring heavyweight titles.

Klitschko has since reacted to Fury's victory and even hinted that he could return to the ring in the future, having last fought in 2017.

The Ukrainian is currently in his homeland fighting against invading Russian forces alongside his brother Vitali, who is the mayor of the capital city Kyiv.

Speaking to talkSPORT, Klitschko explained: “I’m delighted Tyson Fury won. I don’t want to promise anything big, but if the war in Ukraine will soon come to an end… If I’m in good shape, who knows? Maybe I’ll have this dream of breaking George Foreman’s record.”

Foreman beat Michael Moorer in Las Vegas in November 1994 at the age of 46 years and 169 days to claim the WBA and IBF heavyweight titles.

Klitschko turned 46 back in March and last entered the ring in April 2017, when he lost via an 11th round technical knockout to Anthony Joshua at Wembley Stadium.

Who should Wladimir Klitschko face if he returns to the ring? Let us know in the comments section below.

Prior to that, he was beaten by Fury in Dusseldorg in November 2015, losing his world titles in the process. However, Klitschko remains the longest reigning heavyweight world champion having held the crown for exactly 12 years.

Whilst Klitschko teases a return to boxing, Fury seems set on retirement and told BT Sport in the ring after the fight that: “I’ve been in this game 20 years, amateur and professional.

"I’m 34 in a few months. I said the third Deontay Wilder fight would be my last but I believed I owed the fans one last homecoming. To do it here at Wembley was phenomenal. This is definitely the end of the Gypsy King and I went out with a bang.

“The fans are beautiful. I wouldn’t be nowhere without the fans – they are the best in the world. This is the biggest stage in the world. It was amazing. But this is the end.” 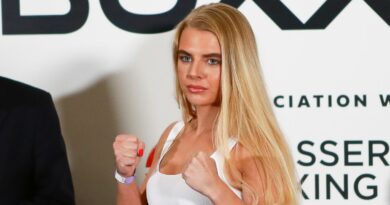 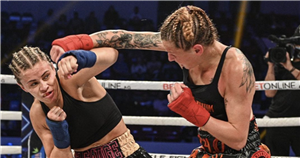