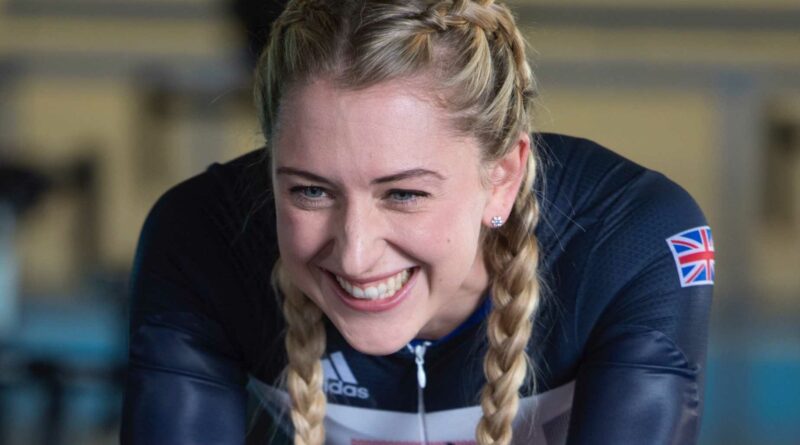 Laura Kenny is an advocate of the virtual cycling revolution

Laura Kenny is no different to the millions bitten by the virtual cycling bug in 2020 but thinks the Olympics is a step too far for e-sports.

E-racing platform Zwift has been a saviour of Kenny’s lockdown year with the app growing by 300% in 2020, now with nearly three million accounts registered across 190 countries.

The four-time Olympic champion has been at the top of track cycling for a decade but admits her world has been rocked by virtual bunch rides with total strangers.

“Lockdown changed my static bike mentality,” said Kenny, who is working with Purplebricks to encourage the nation to get behind Team GB on their journey to Tokyo 2020.

“I’ve always told my mum to go outside when it’s nice and sunny rather than use a static bike, but lockdown happened and it changed me as a person.

“I love Zwift because you have to concentrate the whole time. I used to think it was mind-numbing, even if I put a film on in the background, turbo was so boring for me.

“I do four hours a day online and I really enjoy it now. You’re racing other people and although you can’t just sit on someone else’s wheel like in real life, I don’t mind it at all.”

Kenny already has three chances at gold at the postponed Games in Tokyo and with years ahead of her at the age of 28, could yet compete in e-racing at the Olympics.

And the addition of e-sports to the programme for the 2022 Asian Games confirms the widely-held view that it’s a matter of time before virtual events grace the Olympics.

It seems that’s where Kenny gets off the runaway train.

“I struggle with the Championships a little bit,” said Kenny.

“You’ve got power and heart rate monitored, but I think there are so many ways people aren’t honest on Zwift. There’s a very different element to actual racing with the drag factor.

“I get why e-sports works with staying indoors and not travelling in the pandemic. But is gaming a sport? Can you really call it a sport? It isn’t physical, is it?

“Sports like archery and shooting, they’re about concentration and mental skills but also hand-eye co-ordination. I struggle with the idea of gaming in the Olympics.”

Kenny’s first focus is propping up the performance of Britain’s track cycling team in Tokyo with a host of other nations threatening Team GB’s dominance.

The women’s team pursuit squad have won silver at the last three World Championships and their Rio world record still stands having lowered the global mark seven times between 2012 and 2016.

Kenny’s husband Jason also faces a battle to hold onto his sprint titles with the Netherlands dominating the world stage in recent years.

Laura, however, relishes the way other countries are catching Britain up in terms of technology and preparation.

“To be honest, I was surprised that between London and Rio people didn’t catch up,” Kenny said.

“You can just copy the equipment we have, you can use the support staff we have. The more coaches that leave us to go to other countries, you’d think they would start catching up when they’re using the expertise we had.

“In this cycle, you’re seeing what I thought would happen. The whole aerodynamic thing has taken a big step forward for all nations – that was the big jump and what gave us such a massive advantage over.

“It’s showing in the times they’re producing. It’s good though, I like it.

“People say we’ve got loads of threats, but that’s sport and if it was easy, everyone would just do it. The fact it is so competitive almost makes it a better sport to be involved in.”

Laura Kenny is working with Purplebricks to encourage the nation to get behind Team GB on their journey to Tokyo, with the same amazing home support as London 2012. Visit @PurplebricksUK on Facebook, Twitter, Instagram & YouTube.