An almighty booing rang out across the MCG as the Bombers narrowly fell to the Melbourne Demons on Saturday evening.

A tightly contested affair from the opening bounce, the match was not without its controversy, with punters at the ground and on couches around the country left dumbstruck by some divisive umpiring decisions.

The free kick count sat at two to eight at the main break and the current ladder-leaders enjoyed the lion’s share of those paid inside 50.

Perhaps most crucially, the Demons, trailing by three points, were handed a free inside 50 in the shadow of halftime, allowing James Jordon to slot the easiest of majors.

Elsewhere, Jordon was handed a rare double 50-metre penalty, which led to another Demons goal.

The umpiring across the entire AFL has been deplorable this year, not just tonight. As previously great umpires retire, the replacements just aren't up to it. Just pure incompetence that isn't corrected because the league is too worried about feelings. #AFLDonsDees

Damn umpires are shocking tonight and that's for both sides.#AFLDonsDees

WTF was that free kick?! #AFLDonsDees

WHEN DID ALL THESE UMPIRES JOIN THE MELBOURNE FOOTBALL CLUB?

Melbourne has survived a late scare to bounce back from a disappointing Queen’s Birthday result and strengthened their hold atop the AFL ladder.

The Demons looked home with a 22-point lead midway into the last term of a low-scoring affair, before a dogged Essendon outfit regained momentum and cut the margin back to only 11 points with ample time on the clock.

But a mature Melbourne held its nerve to record the win, as Jake Lever (eight marks) and Steven May (seven marks and 18 disposals at 100 per cent efficiency) denied the Bombers a stirring victory.

Clayton Oliver continued his stellar season with 34 disposals and seven clearances, while for Essendon, Zach Merrett was immense with 41 disposals and nine tackles, and Jake Stringer was threatening with 24 touches and a goal.

The early stages of the match showed Essendon’s intention to move the ball through handball chains, rather than sending long bombs into the intercepting hands of Steven May and Jake Lever. But the Bombers could not meaningfully advance beyond the wing, while Melbourne struggled to capitalise from inside 50 entries.

The impasse was eventually broken by Melbourne’s James Harmes, who kicked truly to score the night’s opening major after more than 16 minutes of play.

For Essendon, it quickly became evident that breaking through the Demons’ rigid defence was going to take some flare. Enter Jake Stringer, who ran rampant through the centre and bombed home from outside 50 to break the shackles and score the Bombers’ first.

Stringer kicked off the second term by again firing for home from the centre square. The ball didn’t travel the required journey and appeared destined to be rushed through, but out of nowhere was the 196-centimetre Harrison Jones, roving the contest at top speed, guiding the ball onto his boot and scoring from the goal line.

Melbourne, though, were able to weather the early Stringer show, and maintained a slim lead as the halftime siren sounded.

The Demons controlled the coalface and grew the lead from their contested-ball ascendancy, and after James Jordon was granted a rare double 50-metre penalty, held a threatening 15-point lead.

Essendon persisted into the last quarter, but the Demons ultimately held off a brave Bombers showing to gain breathing space at the peak of the AFL ladder.

When Stringer first launched towards goal from inside the centre square, the ball was in an anti-climactic mood, dribbling the wrong way and meeting the post. But just over a minute later, Stringer was storming down the MCG’s spine again. This time, from 55 metres out, the ball sailed through, and Essendon fans were on their feet.

May the force be with Melbourne

The Demons’ premiership hopes may well lie in the trusty hands of Jake Lever and his partner-in-crime, Steven May. The pair were significant on Saturday night, combining for 15 defensive marks and blocking Essendon’s late surge at the death. May’s opponent, Cale Hooker, booted just one goal for the night and had only four kicks.

Zach Merrett had an astonishing 26 disposals to halftime, with his speed and link-up play proving a handful around stoppages. Remarkably, it took 17 minutes of play in the third term for the recently re-signed star to touch the ball again, but he finished the match with a career-high 41 disposals. 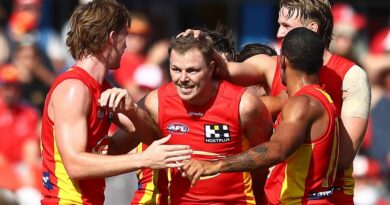 Suns too hot for sloppy Swans 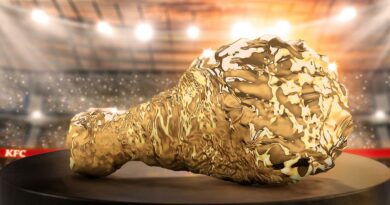 KFC SuperCoach: Flex your footy banter and win the world’s most expensive drummy in the Colonel’s Comp