Seven-year-old Swans fan Etta Mason finally got the footy back on Tuesday, meeting her favourite players at Sydney training after becoming a viral sensation on the weekend.

Etta adorably hugged and held onto a ball kicked to her area of the SCG grandstand on Sunday afternoon.

LISTEN TO THE LATEST EDITION OF THE FOX FOOTY PODCAST HERE, OR TAP TO SUBSCRIBE IN ITUNES OR SPOTIFY

Oh, and as it turns out, the ball was handed to her by Home And Away actor Lynne McGranger. Of course.

Video of the moment quickly became a hit on social media, and the Swans then reached out to the Mason family to bring them to a training session at Lakeside Oval.

“Mum was trying to take a photo, but then my Dad snatched it off me!” Etta explained in a video posted to the club’s social media channels.

But she got a footy of her own on Tuesday when she met players including Lance Franklin and Isaac Heeney, who kicked the ball in question on the weekend.

Young Swans fan Etta Mason became a viral sensation after her reaction to getting the Sherrin at the SCG on Sunday and we made sure we got a ball back in her hands today! #Bloodspic.twitter.com/N33OzDABtE

Heeney handed her a signed footy, and Etta and her family also took some lovely photos with the team which they’ll get to cherish for years to come.

Even Australia’s coldest hearts would melt watching it.

A young Sydney Swans supporter has given footy fans across the nation an adorable moment after she got her hands on the match ball….

A young Sydney Swans supporter has given footy fans across the nation an adorable moment after she got her hands on the match ball. 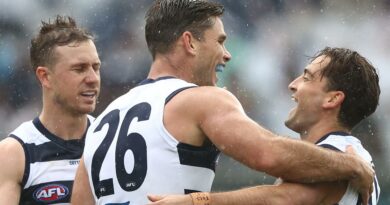 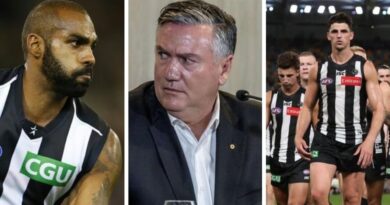