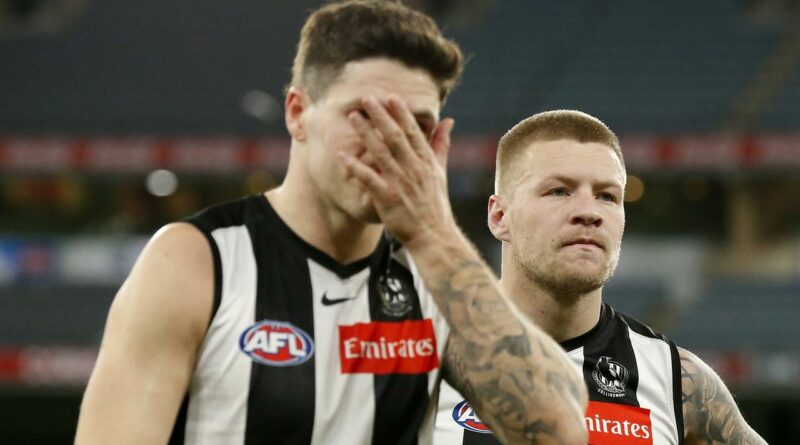 Collingwood caretaker coach Robert Harvey has called upon his side to lift its workrate if it is to halt its stuttering form.

After winning their final two games under outgoing coach Nathan Buckley, the Magpies’ form has dipped yet again under Harvey with two disappointing performances against both Fremantle and St Kilda on consecutive weekends.

On both occasions, Collingwood have stormed home with impressive final-term displays and have fallen just shy of securing unlikely come-from-behind victories.

Heading into their clash against out-of-form reigning premiers Richmond, Harvey said the focus has been on stamping out their “fluctuating efforts” over four quarters with better workrate.

The Magpies dropped Mason Cox and youngster Caleb Poulter, while losing Josh Daicos (finger) to injury. They brought in Will Kelly, Callum Brown and Oliver Henry.

Richmond recalled Sydney Stack for his first game since round 13 last year, as well as bringing back Daniel Rioli, Rhyan Mansell and Ryan Garthwaite.

Harvey said the messaging to his Magpies had been simple: “We have been too inconsistent with patches of fluctuating efforts and we want to smooth those out.

“When we have done that for periods of time, we’ve scored well and we’ve looked dangerous and our players have shown their strengths and that’s what we want to see more of,

“That’s based on consistently being at AFL elite workrate and that’s what we’re working to do.”

Upon reviewing their nine-point loss against the Saints last week, Harvey feels it’s too hard for him and his coaching staff to judge whether their game-plan is working or needs to be altered due to their inconsistent efforts over the entirety of four quarters.

“The only way you can do it is (review of last weekend) with integrity,” Harvey said.

“We were obviously really disappointed with the first three quarters, particularly around the ball which we feel like we pride ourselves on so we attacked that issue in review.

“It’s really hard to judge x’s and o’s and gamelans if they’re fluctuating contests and we felt like that was the case so we had a look at that and hopefully we can address that on the weekend.”

Collingwood will be without Josh Daicos for up to a month after he succumbed to a finger injury.

Harvey resisted the temptation to bring in small-forward Jack Ginnivan to make his debut after seven goals in two games at VFL level.

“He’s been in heavy discussions around the match committee for a few weeks now which is great for him, he’s getting really close,” Harvey said.

“He’s a really talented small forward that we are really excited about for the future and he’s been building his workrate at VFL level to be AFL ready and I think he’s getting closer by the week.”

In a boost for the Magpies injury-hit defence, high-flying defender Jeremy Howe is expected to return from a hamstring injury sustained in round five in the “near future”. 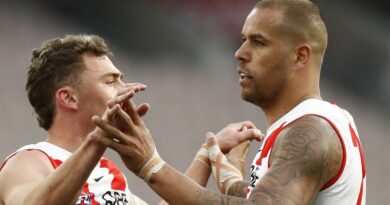