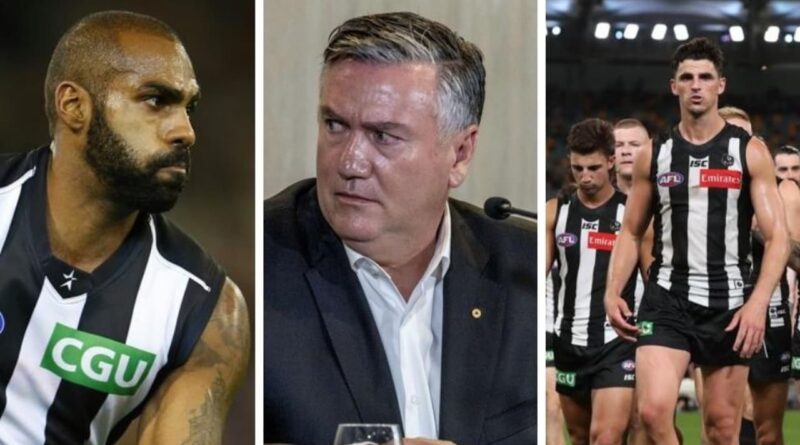 Collingwood players have been praised for taking ownership of allegations of “systemic racism” at the club laid out in a bombshell report during the week — but their response still sits uneasily with Heritier Lumumba.

An investigation found the Magpies’ responses to instances of alleged racism were “at best ineffective, or at worst exacerbated the impact of the racist incidents”, while a culture has developed that “has resulted in profound and enduring harm to First Nations and African players”.

Watch every match of the 2021 AAMI Community Series LIVE on Kayo. New to Kayo? Get your free trial now & start streaming instantly >

The report was instigated after Lumumba made damning claims about enduring a “culture of racist jokes” and being nicknamed “Chimp” while playing for the Pies between 2005-2014.

Lumumba won a premiership with Collingwood in 2010 but said he was “ostracised internally” when he tried to speak out against alleged racism at the club.

Collingwood president Eddie McGuire was widely slammed after responding to the findings at a press conference by saying it was a “proud and historic” day for the club. He later backtracked from those comments after seeing the severe backlash that followed.

McGuire didn’t say sorry during that car-crash appearance in front of the media, but the players had no doubt about the need to issue a mea culpa after digesting the damning accusations.

Collingwood footballers and netballers united to release a public apology to anyone who “has been marginalised, hurt or discriminated against due to their race” — but Lumumba was left with more questions than answers.

“I don’t doubt the sincerity of players when they say they are ashamed of staying silent and have been shocked by the contents of the leaked #CFCDoBetter report,” Lumumba tweeted on Friday. “However, a few things should be noted.

“It’s strange that young players — who are not responsible for the administration and culture of the club — have issued an unconditional statement acknowledging harm when the management and leadership of the club have yet to do so.

“Unfortunately, this feels like the club using the genuine sentiment of some players and staff as a tool for damage control. This explains the lukewarm public response to the letter.

“I continue to be overwhelmed by Collingwood members and fans expressing their shame and remorse over the club’s past, as well as their frustrations that the club cannot simply do the same.”

EDDIE DOES ONE THING, PLAYERS DO ANOTHER

The public show of remorse from the playing group was in stark contract to McGuire’s defiant stand on Monday — something that didn’t go unnoticed by AFL legends Garry Lyon and Tim Watson.

“The footballers and the netballers just struck the absolute right tone when those around them from an administrative and Eddie McGuire and board level failed to do so,” Lyon told SEN Breakfast.

“I think the first word was really significant in that letter, it was ‘sorry’.

“We continued to ask the question earlier in the week and wondered why we hadn’t heard it. I think that was a significant piece of the puzzle we’re all putting together.

“They admitted to the club’s failings. They owned it. They didn’t try and deflect and say it was in the past, they owned it and took responsibility and didn’t try to spin it and I commend them.

“The club botched the press conference the other day. They clearly did and the fallout from that was embarrassing and humiliating for the club and those that were associated with that.”

Collingwood star Darcy Moore denied the players’ statement wasn’t a response to McGuire’s headline-making response, saying they felt compelled to say sorry given the explosive findings in the report.

“There is no other reason other than to say we acknowledge this history, we are going to take a good hard honest look at it and we are going to move forward,” Moore told SEN.

“We are going to use our voices to ensure that within the club, these actions are followed through with and that we are a part of this process.

“We’re not going to sit back and just let others take control, we are going to use our voice to make sure that this never happens again and we make it a better club in the future.”

Collingwood players know the club needs to be better.Source:Getty Images

As athletes we are sorry to anyone who, through their association with our club, has been marginalised, hurt or discriminated against due to their race.

Through our silence we feel responsible for these injustices. We acknowledge it is not enough to simply show support for the principles of anti-racism and inclusion. We will confront the history of our club in order to learn, heal and determine how best to walk forward together.

Over the last 72 hours we have had the opportunity to digest the DO BETTER report. We also apologise to those members, fans and community who feel guilt and shame as a result of the systemic racism that has occurred within our organisation.

To all the young people who dream about one day pulling on the black and white stripes, we pledge as athletes to continue to help create a club that allows ALL of us to thrive, regardless of race.

This letter is endorsed and supported fully by the 120 staff of Collingwood. 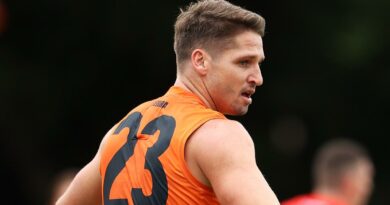