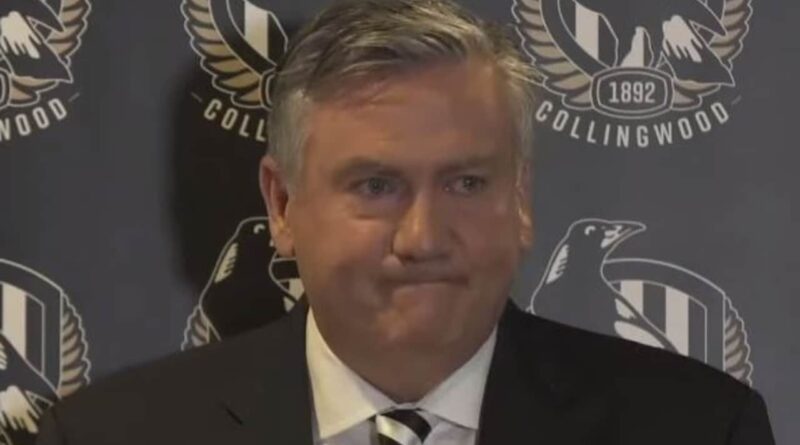 Eddie McGuire was no stranger to controversy throughout his tenure as the former Collingwood president.

So it only seems right that even after he resigned from the presidency in February, McGuire’s name is constantly being attached to Collingwood’s leadership crisis.

The Magpies have been facing a messy boardroom battle for some time after McGuire stood down after 23 years in the club’s top job amid the aftermath of the “Do Better” report into systemic racism.

It was believed that former AFL legal adviser and Channel 9 executive director Jeff Browne would move into the role, but instead Mark Korda was installed as the club’s 13th president.

But less than two months into the role, Korda has been under constant pressure with rumour spilling out over the past fortnight about Browne’s takeover bid.

However, on Tuesday night, those rumours turned into something concrete.

Former Channel 9 boss Jeff Browne announced his intention to take over as Collingwood president, to which the Collingwood board, led by current president Mark Korda, issued a defiant joint statement.

Given that Browne and McGuire are known to be good mates, it didn’t take much for people to think that McGuire would use Browne as a way to maintain a heavy decision-making influence within the club.

But McGuire has blasted those reports linking him with Browne’s supposed coup.

“I’m sick of being called a liar. I’m sick of it,” McGuire told Nine’s Footy Classified.

“If I thought I was going to add more to the football club I’d still be the president.

“If you read a story …. and it has anything to do with me being involved in any faction or any push at the Collingwood Football Club, then you know that reporter is a liar.

“Have I helped with sponsorships in the last month at the Collingwood Football Club and the AFL? Yes I do. Why? Because I love football.”

McGuire has distanced himself from Browne’s supposed coup.Source:News Limited

McGuire was quizzed on who he’d prefer as Collingwood president between Browne and Korda, but remained silent on the matter.

“I still know that I hold too much weight as far as the members are concerned, I’m not blind to the situation.

“What breaks my heart is for 23 years none of this happened at Collingwood and now unfortunately it is.

“We need to get to a resolution and the way I think it should be done is I’d love to see Mark Korda and Jeff Browne sit down one more time and try and work it out and work out what’s best for the Collingwood Football Club.”

Eddie McGuire says he is fed up with articles linking him to Jeff Browne's push for Collingwood Presidency and a potential role on the board.#9FootyClassified | Watch @channel9pic.twitter.com/L5SAYXgxO5

The off-field turmoil for the Pies is eerily reminiscent of the club’s on-field woes, with the side languishing in 16th place and only two wins from 11 games to their name. 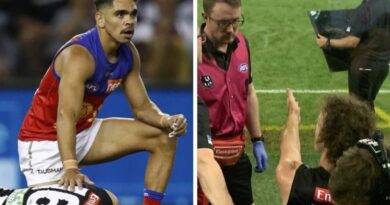 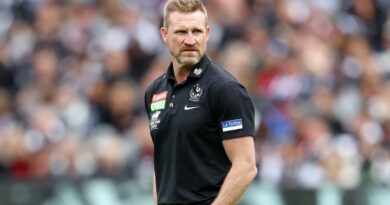 The one rule that even confuses AFL captain