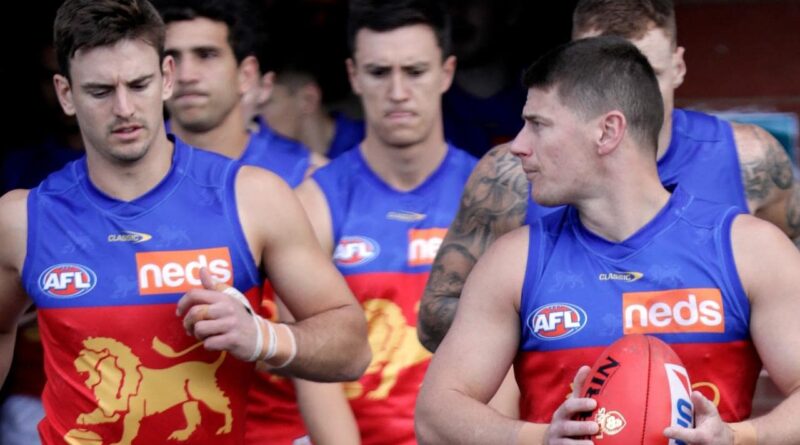 Brisbane greats have urged the Lions to rediscover their energy, workrate and efficiency before they blow another golden opportunity to win a premiership for the first time since 2003.

The Lions have lost three of their past four matches to drop to sixth on the ladder and eight points outside the top four.

With just three rounds remaining, finishing in the top four and earning a double chance in the finals will be a tall order for the Lions.

However, Brisbane legends Jonathan Brown, Simon Black and Jason Akermanis all agree that the Lions have enough talent to win the flag from anywhere in the top eight, particularly in what’s shaping as an open race flag in a season that again includes a free weekend before the start of the final.

The triple-premiership-winning trio believe it’s more important for the Lions to return to their “DNA” under coach Chris Fagan of pressure and energy around the ball.

“`Fages’ is not going to be trying to reinvent the wheel,” former Lions captain Brown said.

“It’s all starts with their energy levels around the footy. If they get that right, and get their ball movement right, then they can go from there, and then hopefully the forwards will start to see some service they can benefit from.

“It’s a huge ask to win it from outside the top four but not insurmountable. They’ve just got to get their mojo back before the finals.”

Brownlow medallist Akermanis agreed and said only a “small tweak” was needed for the Lions to return to their best.

“They know that being a bit cleaner around the ball,” Akermanis said.

“They just haven’t been able to get those extra numbers to the ball. That’s workrate but that’s also a lack of confidence.

“They can get sucked into saying ‘we haven’t got our best team’ or ‘it’s all against us’, and think it’s a ‘here we go again kind of year’ when in reality that’s not the case. It’s still very open.

“The boys have the talent and the game plan … so I have full confidence in what they’re trying to do.”

And that’s despite the lose of key forward Eric Hipwood (knee) and defender Marcus Adams (foot).

“Without those two blokes at each end who can take quality opponents, it hurts a little bit,” Akermanis said.

Fellow Brownlow medallist Black said with Hipwood gone for the season, the rest of the Lions forwards needed to lift.

“There’s no better opportunity for Joe Daniher, that’s for sure, but they also need more from Charlie Cameron at the moment,” Black said.

“For the Lions to give it a real shake this year, he’s got to be consistent.

“Charlie’s a unique player. They need him contributing on the scoreboard, they need his tackle pressure to keep the ball in their forward line and they need him to be accurate.”

Black said 2021 was the year for the Lions to take the premiership “step” after failing to capitalise last season when they played most of their matches in Queensland and when the grand final was held at the Gabba.

“This was the year to take the next step and it’d be disappointing if they can’t find a way to do it,” he said.

‘I want him gone’: AFL club at breaking point 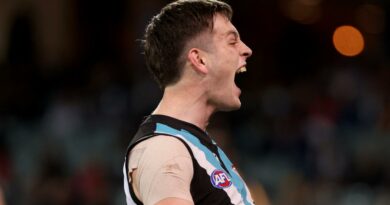 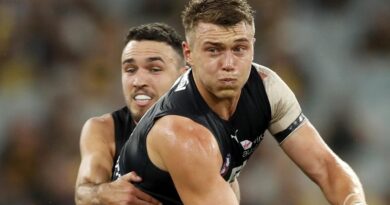