Instagram influencer Mia Fevola has been caught up in a storm of online trolling after being accused of posting a “tone deaf” picture.

The daughter of AFL legend Brendan Fevola on Thursday deleted ugly images she originally shared showing some of the online abuse she received in response to a post about retreating to stay with her family at a holiday house after Melbourne was plunged into a snap five-day lockdown.

Fevola’s defence of her post suggests the 21-year-old has been falsely accused of attempting to escape Melbourne’s new Covid-19 restrictions.

Online trolls had originally accused Fevola of posting the “tone deaf” message in response to the hardship being suffered by some members of the community.

“Here we go again. This hitting hard for me, going to stay with my family at the holiday house.” she wrote.

“Why can’t people just do the right thing.”

Fevola has since deleted the post which saw some online trolls accuse her of being privileged.

“Wow I put up a story for 20 minutes and now I’ve seen it plastered on Facebook and getting horrible messages,” she later explained.

“Just to clarify, my family have been living at our holiday house for majority of this year! We haven’t escaped down here, our home is being renovated so we are actually living here. I was coming home from jamarras to be with my family again, not that I should even have to explain that, so please don’t attack me without knowing the full story.”

Mia Fevola defended herself in a deleted Instagram post.Source:Supplied

Her post included a reference to boyfriend Jammara Ugle-Hagan, a rising star at the Western Bulldogs AFL club.

She has previously revealed she has been repeatedly abused by trolls on social media since going public with her romance earlier this year.

Fevola shared the first photograph of herself alongside Ugle-Hagan in March, publicly unveiling her blossoming relationship with the Bulldogs’ number one draft pick.

Her posts about a holiday house do not refer to any specific piece of real estate, however, it was revealed in April Brendan and Alex Fevola had purchased a ritzy five bedroom house in the affluent, beachside Melbourne suburb of Hampton.

According to reports the new home was sold for more than $3 million. 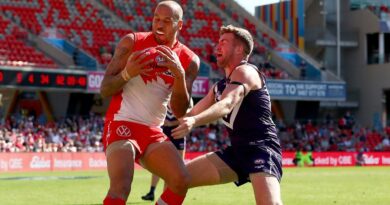 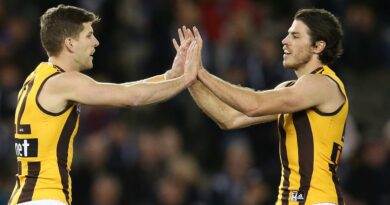