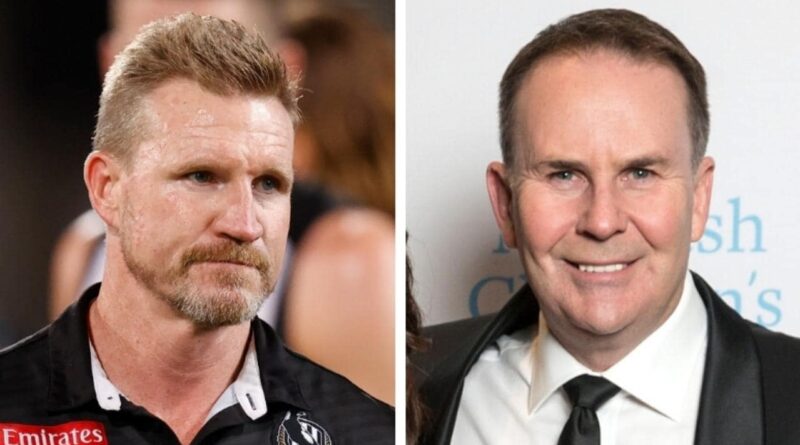 Was he pushed, or did he jump?

That’s what one journalist was keen to know when Nathan Buckley fronted the press as Collingwood announced he would be stepping down as coach after Monday’s game against Melbourne.

There’s been plenty of discussion around Buckley’s future as the Pies languish in 16th with just three wins from 12 games. His contract expires at the end of the year, but the 48-year-old will be in charge for just one more game after it became evident he wouldn’t keep his job in 2022.

Speaking to reporters on Wednesday morning, Buckley spoke openly about his discussions with the Collingwood Board throughout the tumultuous 2021 season. But the footy icon remained tight-lipped when pressed by reporter Tony Jones on whether he stepped down on his own accord or was moved on.

Buckley: I wouldn’t presume to do your job for you, TJ, so you can write it however you wish, mate. One thing I have noticed, that even if I speak from the heart and actually tell you what I think and feel, the headline very rarely is connected to what I say, so just go for it mate.

Jones: OK. Would you be disappointed though if it was, “Nathan Buckley was tapped”?

Jones: On the shoulder.

Buckley: I actually don’t even know what that means, mate. But go for it. I’ve had a part in this. I’m not being smart about this, but I have had a part in the conversations. Nothing lasts forever. I was going to be tapped at some stage but there’s no doubt that this is the best thing for the football club. I have always believed that that’s what should happen and the guys either side of me, the guys that are in the boardroom, the players all want to see the right thing happen for the club. I believe this is the best move for the club as well and I look forward to seeing where it goes from here.

"I actually don't even know what that means mate"

Buckley as dignified as ever in his departure media conference. In the club's history he will always be one of their biggest figures and his ethos to put the club's interests first at all times were not just words.

As you'd expect, very classy exit from Nathan Buckley. Writing was clearly on the wall, and time right for a fresh start. So close to becoming a coaching legend as well as a playing one in 2018. Hope, at least temporarily, he moves back into media, because he's outstanding at it.

Yet again Nathan Buckley reminds us all that he’s been as valuable an asset as Collingwood’s had in his time at the club. Huge shoes to fill.

Buckley said it became clear to him Collingwood needed a “clean slate”. His exit comes after Eddie McGuire stepped down as President in February, while football manager Geoff Walsh and list manager Ned Guy have also departed the club since the end of the 2020 season.

“It was clear there was appetite for change … I could sense that as well,” Buckley said.

“I would have been happy to coach the year out if that is what the club needed and wanted … but ultimately, coaching this weekend and then stepping out is an opportunity for new growth, for new energy and new voices.

Magpies captain Scott Pendlebury conceded the news of Buckley’s departure came “as a bit of a shock”.

“It’s the first time in my career I’ve ever been through something like this before,” Pendlebury said. “I feel almost a little bit numb.”

Buckley led Collingwood to a grand final in 2018, where the Magpies lost a thriller against West Coast. That same season, he was named AFLCA Coach of the Year.

Collingwood General Manager of Football Graham Wright thanked Buckley for his contributions to the club.

“Nathan is a person of the highest quality, with great morals and values. In all of our discussions he was only ever interested in the best thing for the football club and once we were both clear on that we had further discussions with Mark (Anderson, CEO) and the board to finalise how and when was the best time,” Wright said.

“On behalf of the entire club, I want to acknowledge and thank him for his selflessness and utter decency.”

Buckley represented the Magpies for 14 seasons from 1994 to 2007, playing 260 games in the black and white guernsey.

After almost 10 seasons and 217 matches in charge, Nathan Buckley will coach the team for the last time next Monday when Collingwood meets Melbourne at the SCG. 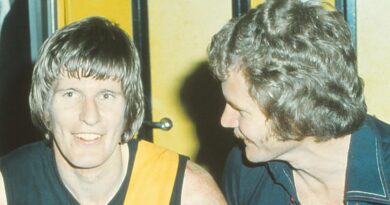 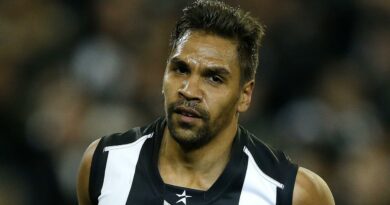 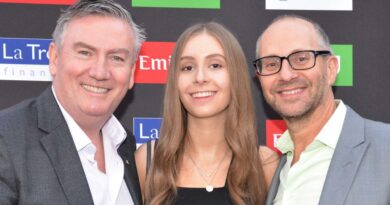