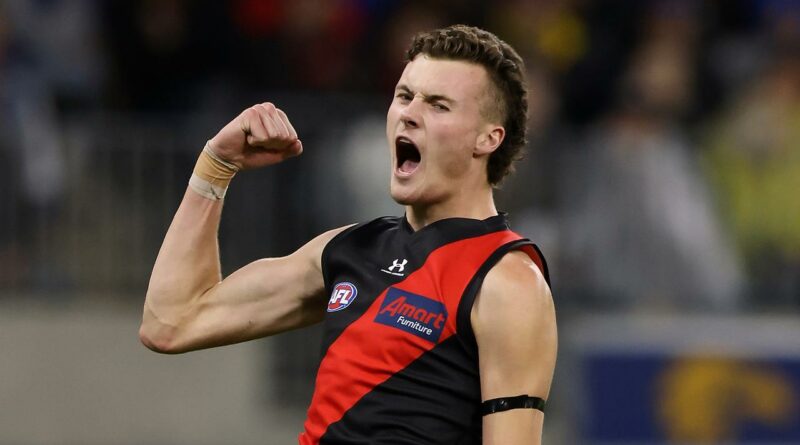 Essendon could have a shot at ending one of the most-derided droughts in footy based on its form over the past month.

The Bombers last played finals in 2019 but haven’t won in September for 17 years, the longest stretch in the competition.

WATCH PURE FOOTY IN THE VIDEO PLAYER ABOVE

Speaking on Pure Footy, Champion Data analyst Daniel Hoyne said Essendon was producing finals-like numbers over the past month in wins against West Coast, North Melbourne and Fremantle and a two-point loss to the Giants.

He said the Bombers ranked fourth in the AFL for loose ball gets over the past month while an overall 15th ranking for contested possessions was misleading.

“Their profile over the last month, if it continues for the next 11 matches, they are going to be in it right up to the eyeballs in terms of playing finals this year.”

Nik Cox celebrates a big goal against the Eagles.Source:Getty Images

“Only Brisbane are more powerful once they’ve won a stoppage at scoring from that in the past four weeks, and they are now top four for punishing the opposition when they turn the ball over,” he said.

“The guys are that are doing the damage are Parish, Merrett, Heppell of half-back is super creative — his intercepts have been fantastic — and it’s bringing an excitement level to this group. You can just see their work rate going through the roof because they are constantly getting reward.”

Also on this week’s show, a worrying sign for Richmond, how Melbourne is embracing imperfection, Dayne Zorko’s staggering stat and the teams suffering the most from goalkicking inaccuracy. 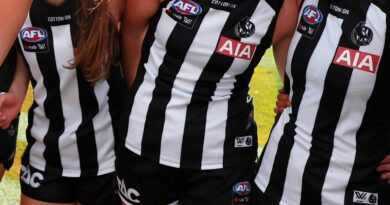 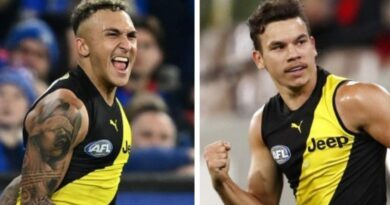 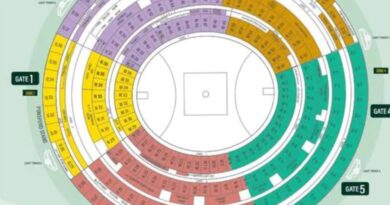