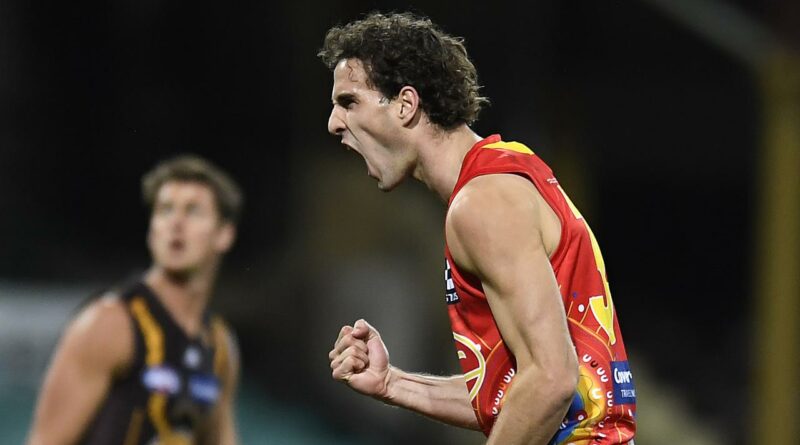 In the barren surrounds of the SCG, a masterful performance from Touk Miller has led Gold Coast to a much-needed 37-point win over a poor Hawthorn outfit that breaks a Suns three-game losing run.

In another torturous episode in Hawthorn’s 2021 season, for what was their fifth loss in a row, they were blown away early by three first quarter Izak Rankine goals in a best of the season display from the former number three draft pick.

He would finish with a career-high haul of four all up, in a reminder of the talents that took the AFL world by storm in his first season.

“People look at the goals column but there have been other games where he’s been high in goal assists and score assists for us so we thought a performance like this wasn’t far away,” Gold Coast coach Stuart Dew said.

“It’s always good to see the Indigenous lads play well on this particular weekend,” he continued.

While the quarter time margin was only nine points, the Hawks looked a far inferior side throughout, as Miller in particular continued his sensational season by seemingly toying with the Hawks midfield to finish with 37 possessions and ten score involvements to maintain the pace for his first All-Australian blazer.

The quarter time margin was extended to 28 points at the main break as Ben King in particular started to take charge up forward for Gold Coast, kicking truly to help them wrest back momentum and then setting up two majors for teammates Alex Sexton and Nick Holman.

From there, it was simply a matter of how many the Suns would win by as Jack Lukosius started to star with his intercept marking and accurate kicking off half back.

King continued his dominance up forward as he finished with four goals as well to match Rankine, while Alex Sexton chimed in with three.

Jack Scrimshaw provided some class for the Hawks against his former side across half-back, while Liam Shiels with 26 possessions and Chad Wingard with 24 battled away, but there were too few polished performers in brown and gold as they remain in 17th place on the table.

The empty expanses of the SCG, populated by no more than 1000 people, mainly of Hawthorn fandom for two teams with no connection to the host city were a stark reminder that the bizarre 2020 Covid affected season was not one in isolation. It was a hollow sound inside the famous old ground and with more games of this nature to now be played over the next week or so, footy fans are adjusting to the cold nature of Covid-affected games once more.

Ben King was a star performer in the Suns’ win, kicking four goals and setting up a couple more when the game was there to be won. His high marking game and zip away from the contest for a man of 202 centimetres was a feature but he was unfortunately cut down to size in the third term when a stray fist from Chad Wingard caught him in the most uncomfortable of areas. After hunching over for a couple of minutes he had to leave the ground in the hands of trainers to let the pain subside.

Amid the toughest of seasons they’ve endured in some time, Hawks fans are trying to find some solace in whatever youngsters can emerge from the rubble. In 211-centimetre Ned Reeves they are afforded some respite. The 22-year-old beanpole ruckman looks a real find finishing with 34 hit-outs for the night and showed that he can offer something up forward with a big second quarter pack mark and goal. 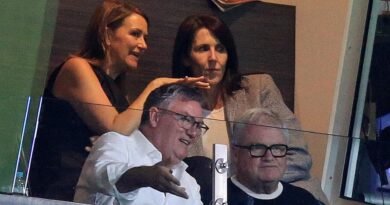 Who was Eddie sitting with at the footy?