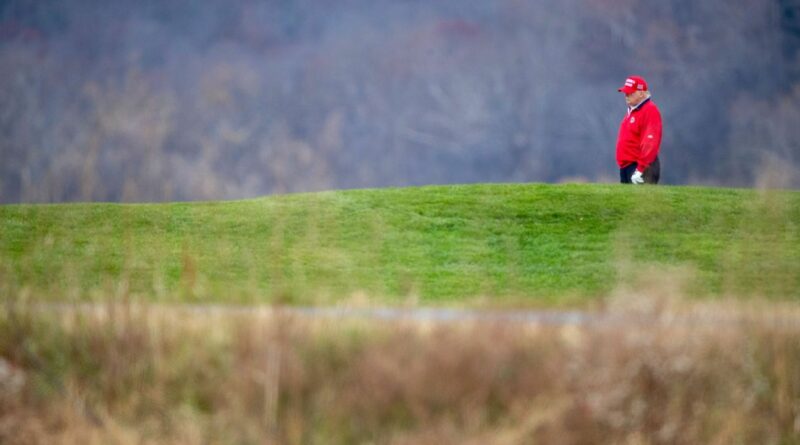 The PGA of America is moving on from President Trump, announcing Sunday in a statement that it will relocate the 2022 PGA Championship scheduled for the New York suburbs at Trump National Golf Club Bedminster.

The venue was awarded the tournament in 2012 and was to be the first men’s major championship contested at one of Trump’s golf properties.

The organization did not announce any financial repercussions or a replacement course, but several venues have already been mentioned, including past PGA sites Bethpage Black, Southern Hills and Valhalla.

The events of Jan. 6 in which protesters stormed the nation’s capital building in Washington, D.C., pushed the organization to move to another venue with just more than 15 months until that championship is scheduled to be played on May 19-22, 2022.

“We find ourselves in a political situation not of our making,” said Seth Waugh, the CEO of the PGA of America, in an interview with the Associated Press. “We’re fiduciaries for our members, for the game, for our mission and for our brand. And how do we best protect that? Our feeling was given the tragic events of Wednesday that we could no longer hold it at Bedminster. The damage could have been irreparable. The only real course of action was to leave.”

Waugh said he expected to have several options for relocating the championship.

A spokesperson for The Trump Organization told ABC news that they are “incredibly disappointed” with the decision.

“This is a breach of a binding contract and they have no right to terminate the agreement,” the spokesperson said. “As an organization we have invested many, many millions of dollars in the 2022 PGA Championship at Trump National Golf Club, Bedminster. We will continue to promote the game of golf on every level and remain focused on operating the finest golf courses anywhere in the world.”

Located in Bedminster, New Jersey, approximately 45 miles west of New York City, the venue was home to the 2017 U.S. Women’s Open, which caused the United States Golf Association to have to defend its choice after Trump had made insensitive remarks about immigrants while campaigning for office in 2015.

One of his other venues, Trump National Doral near Miami, had been home to a PGA Tour event since 1962 but lost the world Golf Championship event to Mexico City following the 2016 tournament. Although Trump’s involvement has often been blamed for the change, the Tour maintained that a sponsorship agreement with Cadillac and lack of renewal caused it to look elsewhere. It had a willing sponsor in Grupo Salinas, a Mexican conglomerate, which has staged the WGC-Mexico Championship since 2017.

This year’s PGA Championship is scheduled for Kiawah Island, South Carolina in May.

The PGA of America represents the country’s approximately 28,000 club professionals. It runs the PGA Championship, the Women’s PGA, the Senior PGA and also the Ryder Cup when it is played in the United States.

Typically, the organization sends a team of people to the venue of an upcoming PGA Championship two years in advance of the tournament to begin preparations, including the selling of corporate hospitality and ticket packages. Major championship locations are often awarded years in advance, due to the amount of planning that is required to stage them.

“Our decision wasn’t about speed and timing,” Waugh told the AP. “What matters most to our board and leadership is protecting our brand and reputation, and the ability for our members to lead the growth of the game, which they do through so many powerful programs in their communities.”

The Bedminster announcement was made on May, 1, 2014 under a different PGA of America regime then led by CEO Pete Bevacqua, who has since left the organization to become president of NBC Sports.

When he was with the PGA, Bevacqua was a frequent golf partner of Trump, although the PGA on his watch pulled the PGA Grand Slam of Golf from Trump’s course in Los Angeles in the wake of his comments on Mexican immigrants as a presidential contender.

Waugh has an interesting history with Trump in that he formerly served as CEO of Deutsche Bank, which loaned money to Trump for, among other things, the purchase of Doral — although Waugh had opposed extending financing to Trump and was no longer involved in such decisions when the Doral loan was awarded.

Trump also owns the Turnbery Resort in Scotland, one of 10 courses in The Open rotation but where none have been played since Trump’s involvement. The course last hosted an Open in 2009 and is not on the current list of up-coming venues which runs through 2024. The R&A’s stance on the venue is that it remains in the rotation.

Since it was last played at Turnberry — when Stewart Cink defeated Tom Watson in a playoff — The Open has returned to each of the other venues at least once. 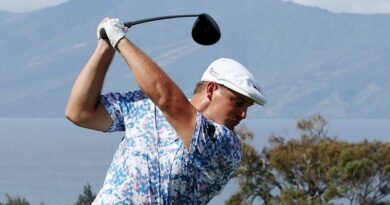 Tommy Fleetwood wife: The manager who won over golfing star’s heart – who is Clare Craig?