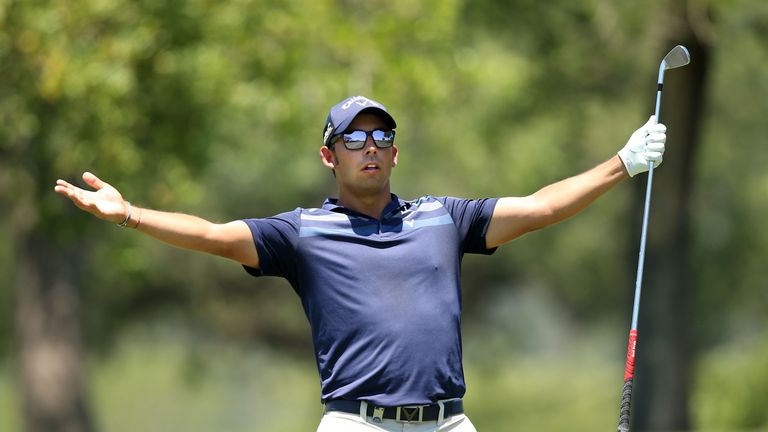 Larrazabal followed up an opening-round 66 with a three-under 69 in hot and windy conditions at Leopard Creek Golf Club, giving the Spaniard a commanding advantage over Grace and overnight leader Wil Besseling.

English duo Jack Singh Brar and Marcus Armitage are in a share of fourth spot on four under alongside Thomas Aiken, while Eddie Pepperell – the highest-ranked player in the field – is in the group nine off the lead. 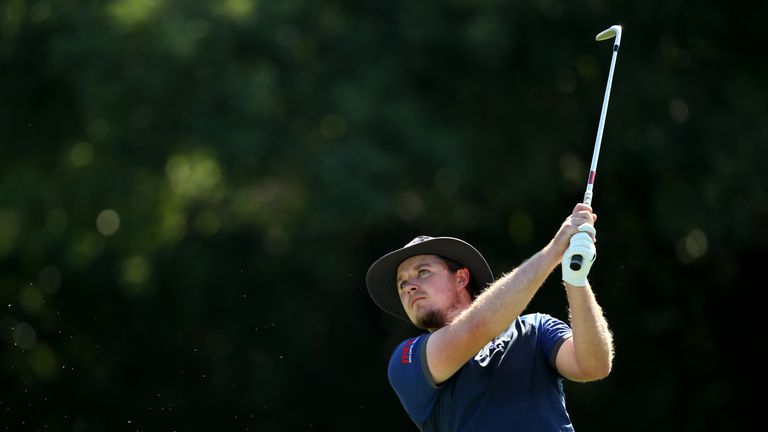 It was a good job,” said Larrazabal, one of the few players not to take advantage of the European Tour’s decision to allow golfers to wear shorts. “It wasn’t an easy day, the wind was swirling around and gusting so on this golf course, as tight as the targets are, it was tough.”

Beginning the day a shot off the lead, Larrazabal converted a tap-in birdie at the second before ending a run of pars with a double-bogey at the seventh after finding water off the par-three tee.

The four-time European Tour winner started his back nine with successive birdies and nailed a putt from nearly 100 feet at the par-four 12th, with an eight-foot gain at the 13th increasing his lead.

Larrazabal then cancelled out a three-putt bogey at the 14th by getting up and down from the sand to birdie the to set the clubhouse target, with Besseling his closest challenger until a final-hole bogey dropped him to six under alongside Grace.

Peyton Manning vs. Tom Brady: Who’s the better golfer heading into The Match 2?

The Masters: Will Tiger Woods or Ian Poulter post the lowest round?

The Masters: Jordan Spieth has high expectations at Augusta National