Golfer Andrew ‘Beef’ Johnston forced out of this week’s Austrian Open after his two Covid tests ‘go MISSING’, leaving him unable to fly to Vienna

English golfer Andrew ‘Beef’ Johnston will not be able to take part in this week’s Austria Open after he revealed two of his coronavirus tests have ‘gone missing’.

Johnston, who rose to fame after finishing eighth at The Open in 2016, was due to play in the tournament at Diamond Country Club near Vienna from Thursday.

But he tweeted on Wednesday: ‘Absolutely gutted to be missing playing in Austria on the @EuropeanTour this week due to TWO Covid tests going missing and not being able to fly! Week of practice instead and then head to Gran Canaria for the Lopesan Open!’ 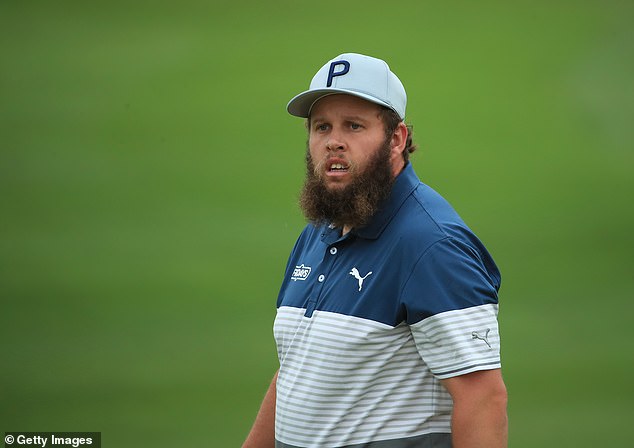 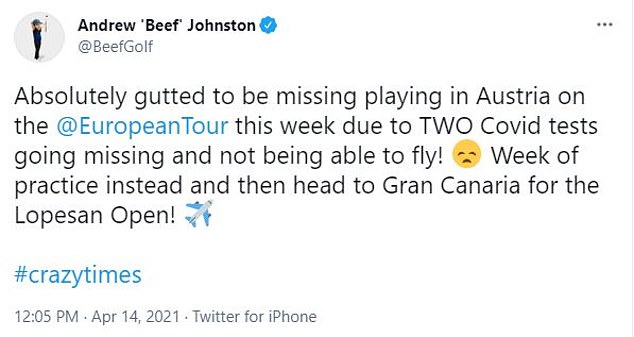 Johnston, whose nickname comes from ‘kids at school who thought my head looked like a big piece of meat’, most recently played at the Saudi International in February but failed to make the cut.

He also missed the cut at the Dubai Desert Classic in January and would have been hoping to produce an improved performance in Austria this week.

Last summer, Johnston withdrew from the British Masters after admitting he struggled to cope with golf’s ‘bubble’ environment during the pandemic.

The 32-year-old withdrew after just nine holes into the first round at Close House and said afterwards: ‘I’m struggling to get my head around it all.

‘One minute I’m coming out of lockdown, going out for dinner, and then the next I’m back in lockdown in a hotel room.’

After winning the Spanish Open five years ago and recording top-10 finishes at the BMW PGA Championship and The Open at Royal Troon – things soon took a sudden turn for the worst and as he lost his form, his private life fell apart and the struggle to adapt left him with mental health issues. 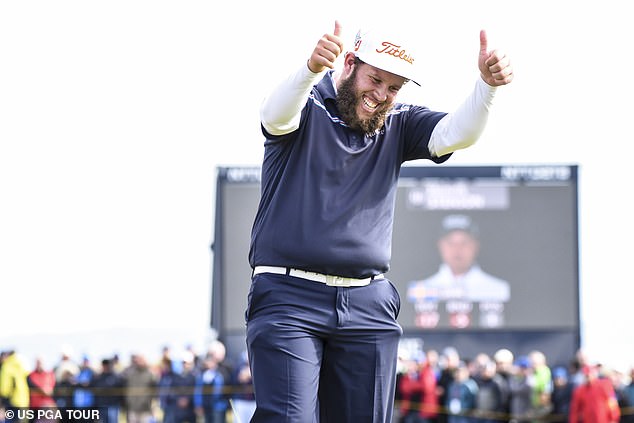 Johnston has previously opened up on his mental health struggles after he failing to build on his meteoric rise to fame back in 2016.

‘In the past golf was almost like life or death, and I was putting way too much pressure on myself and I didn’t realise that,’ Johnston, talking around the launch of the new PUMA RSG golf shoes, told Sportsmail in June 2020.

‘Having the little one (his baby daughter – Harley Noelle) has made me know what is important. If I have a bad day, then so be it. It’s not the end of the world.

‘But yes come back and still work hard. I still want to win tournaments, I have that drive and that fire in my belly but if it doesn’t happen you know, family is more important.

‘And to spend time with her and look after her and the fiancee, it is ahead of winning tournaments and things like that. So it has given me a grounding and good perspective.’