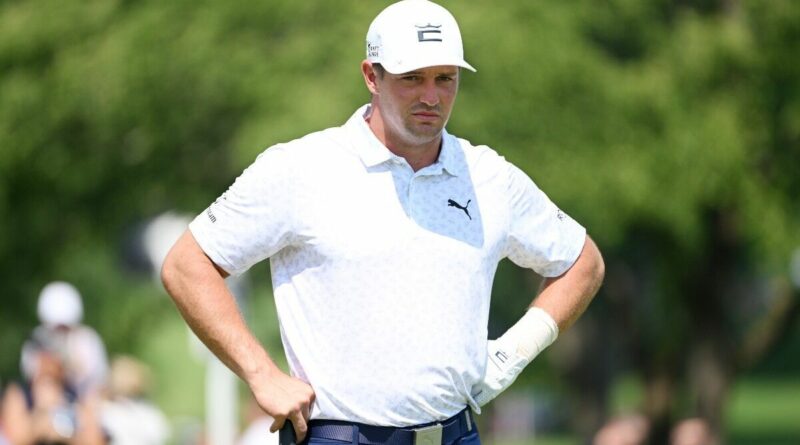 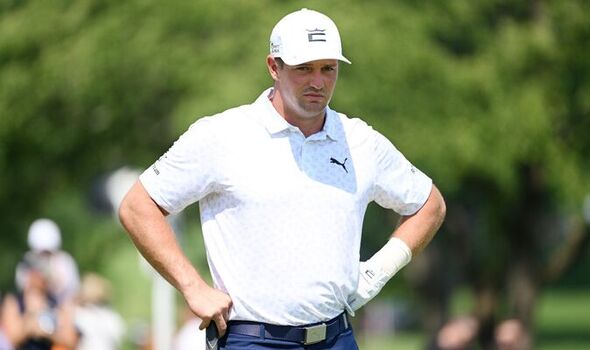 Bryson DeChambeau has announced that he will not be able to play at the PGA Championship as he still doesn’t feel “100 per cent”. DeChambeau has been limited to just six events this year as he battles ongoing wrist and hip injuries.

The 2020 US Open champion came into Southern Hills this week though hoping he would be able to make his return. Speaking earlier this week, the 28-year-old admitted he wanted to test himself on the course at the PGA Championship to see whether he would be able to compete.

“Everybody is going to say I’m coming back too quick,” DeChambeau told Sky Sports News. “For me, this is more of like a prep to see if I can do it. If not, I’m going to take as much time as I need to get healthy, because that’s the most important thing.

“For me, it’s great to see everyone back out here again. It’s tough being at home, just stuck in the dungeon and not being able to do anything. I’m just blessed to be out there, I have a different perspective on golf and life right now.

“Learned a lot over this past year of having a hand that’s just not been right for me, so I’m glad it’s in the healing process. I can’t really do much more damage do it, because the bone is now out, but I’m just excited to be back out and seeing some smiling faces.”

But the American has now announced that he doesn’t feel comfortable following wrist surgery last month and won’t be competing at the PGA Championship. He tweeted: “After careful consideration, I have decided to WD from the @PGAChampionship.

“I want to make a full return when I am 100% ready to compete at golf’s highest level. Thank you all for the continued support!”

DeChambeau had spent Wednesday testing the flexibility of his wrist with a few bombs with the driver on the range. And the American also played the back nine where he reportedly tried an array of different shots.

But he was clearly not in a position to compete this week and his return to the tour will have to wait. It comes after a frustrating time at The Masters, where he missed the cut for the weekend after shooting 12-over par through the opening two rounds.

He’s missed the cut in three of the six events he’s competed in this year, with the wrist injury clearly causing him issues. DeChambeau had been grouped with Max Homa and England’s Tyrrell Hatton for the first two rounds at Southern Hills this week.

‘Epitome of what every player wants to be’: Stunning praise for great Scott

Golf: Woods defends his lack of golf ahead of British Open 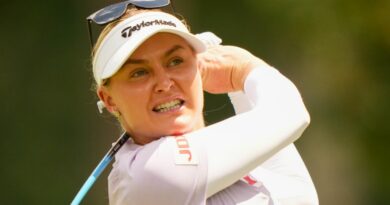 KPMG Women’s PGA: Charley Hull one off the lead after four-under 68 in Atlanta