British Open winner Cameron Smith has refused to deny that he has signed a $100million deal to join LIV Golf.

At a late press conference ahead of the start of this week’s FedEx Cup playoffs, Smith was quizzed over his future plans.

‘My goal here is to win the FedEx Cup playoffs. That’s all I’m here for. I have no comment on that,’ he said. 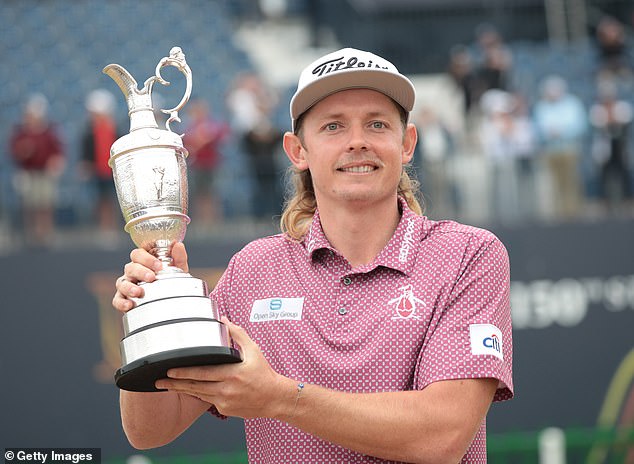 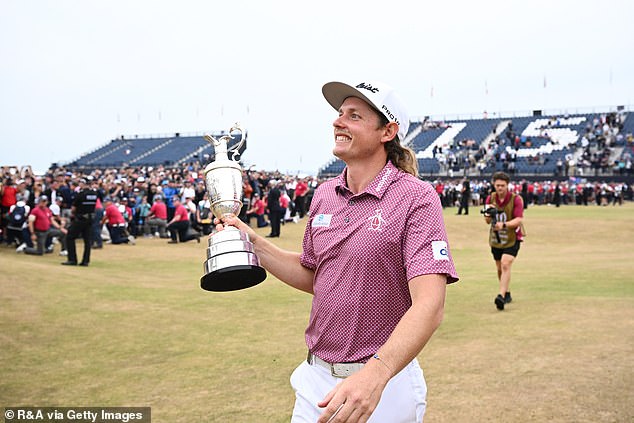 Earlier this week, Australian golfer Cam Percy claimed that his compatriot Smith has already signed terms with the Saudi-backed tour alongside another Aussie in Marc Leishman.

‘Unfortunate, yeah, they’re gone,’ he told RSN radio. ‘I had a long conversation with Adam Scott and he was very interesting talking to about it, just where it is,’ he said.

‘He said he met with these guys (LIV) in 2017 (and) they were ready do all this. So, the tour has known for a long time that this stuff’s in the works.

Smith has long been linked with a move to LIV but has not wanted to talk about the controversial breakaway tour whenever he has been asked about it. 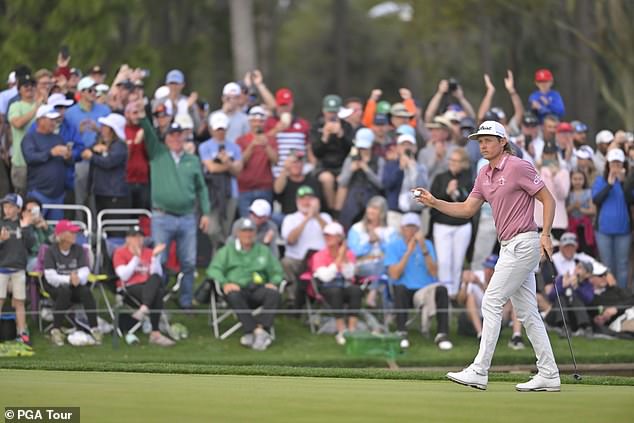 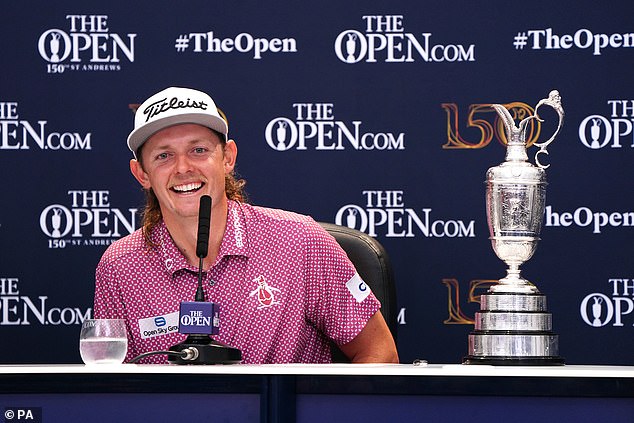 The world No 2 dodged questions about LIV Golf when pressed straight after the British Open victory earlier this year.

‘I just won the British Open and you’re asking about that? I think that’s, pretty, not that good,’ Smith said.

‘I don’t know, mate. My team around me worries about all that stuff. I’m here to win golf tournaments.’

The next LIV Golf event is held in Boston next month, from September 2-4. 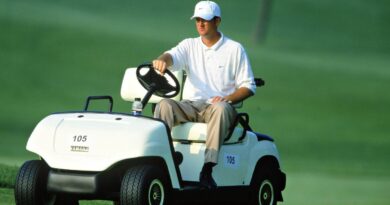