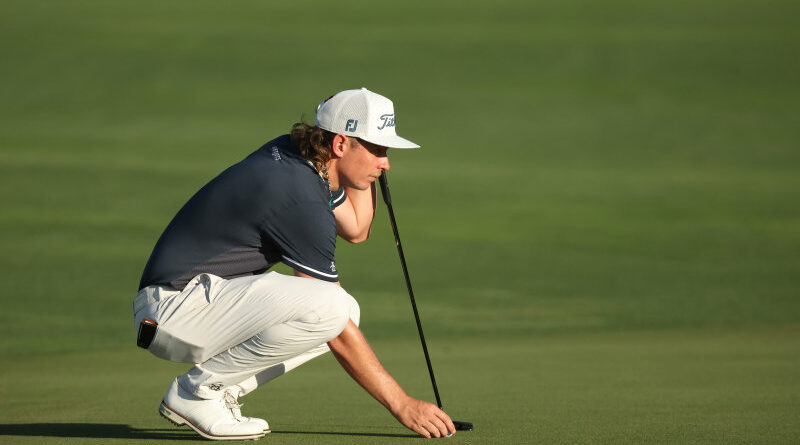 Australia’s Cameron Smith birdied his final four holes on Friday (Saturday AEDT) to reaffirm his grip on the lead at the second round of the Sentry Tournament of Champions in Kapalua, Hawaii.

Smith carded a nine-under 64 after opening with a 65 at the Plantation Course at Kapalua. His one-shot lead after one round grew to a three-stroke advantage over world No.1 Jon Rahm of Spain and Daniel Berger. 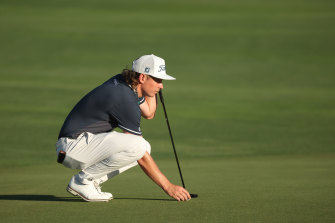 Cameron Smith has the lead in Hawaii.Credit:Getty Images

It didn’t look like Smith’s day early on. He bogeyed the first two holes and slipped down the leaderboard while other players were shooting low. At the par-five fifth hole, he chipped in for eagle from just off the green – his second straight day eagling the hole – to get his round on track.

Smith said he didn’t feel comfortable at the driving range while warming up before the round, but he kept his head down.

“There’s no point bashing clubs around and doing all that stuff,” Smith said. “It was definitely frustrating, but kept the head on, and I knew there was plenty of birdies out there seeing everyone go low.”

He finished the day with nine birdies, six of them coming on a bogey-free back nine.

Rahm posted his second bogey-free 66 in a row to move into a tie for second at 14 under. If Rahm finishes the tournament in first or second place, he will fend off Collin Morikawa and maintain his No.1 spot in the Official World Golf Ranking for another week.

Berger matched Rahm’s 66, eagling the par-five 15th hole while maintaining a clean card. He was paired in a group with Smith for the first two rounds.

“Cameron had a tough start and then he pulled it together on the end of the back nine,” Berger said. “It’s always easy to play with someone when they’re making a ton of birdies and you’re seeing balls go in the hole, and he made every putt he looked at today and I think he’s going to be a tough guy to beat this weekend, but it’s not impossible.”

Patrick Cantlay (bogey-free 67) is alone in fourth place at 13 under. Japan’s Hideki Matsuyama made a push on the back nine with four straight birdies at Nos.13-16. He carded a 65 and is tied for fifth at 12 under with Sungjae Im of South Korea (67).

The tournament only invites players who won an event in the previous season, and there is no 36-hole cut. Other low scores among the 38-man field Friday included Sam Burns (64), Ireland’s Seamus Power (65) and South Korea’s Si Woo Kim (65), each of whom are tied at 10 under. That seven-way tie also features Brooks Koepka and Xander Schauffele.

Phil Mickelson, who chose to play the event for the first time since 2001, posted a 69 and could have been lower had he not bogeyed the last two holes. At six under, he is in a tie for 30th. 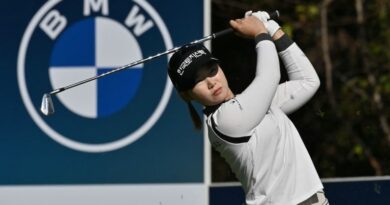