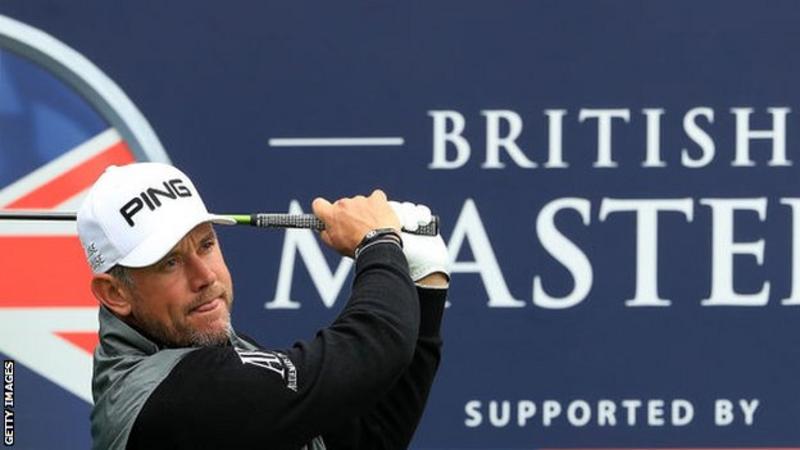 A significantly changed world with potentially a men’s global tour awaits professional golf when it fully returns, according to a leading sports lawyer.

As well as a potential merger between the PGA and European Tours, the sport is facing immediate challenges over player status, world ranking points and Ryder Cup qualification.

These are the views of Oliver Hunt, founding partner of London based Onside Law. His company works across all sports and represents and helps manage some of the biggest names in European golf.

Hunt believes the environment for the professional game will be substantially altered by the time the current emergency passes. “Sadly it is inevitable,” he told BBC Sport.

Prior to the coronavirus pandemic that has halted sport worldwide there was already turbulence in the golf market because of the emergence of Premier Golf League’s plans for a 48-player breakaway circuit.

“The PGL was challenging the incumbents anyway. Whether or not this will give them an opportunity or a knockout blow remains to be seen,” Hunt said.

“But I think, probably, this crisis may well hit the European Tour harder and therefore I think it will accelerate a notion of a global tour at some point.”

There will be no tournaments on the European Tour until the British Masters in the last week of July at the very earliest. Players have been warned that September is a more realistic month for resumption.

Hunt expects leading professionals to rally around the Wentworth-based circuit but admits it may have fewer tournaments on future schedules. “To be honest it is up in the air, I just don’t know how it will play out,” he said.

“Whether it will accelerate a more global tour with the PGA Tour coming and helping the European Tour in a similar way to the LPGA has done with the Ladies European Tour, that’s another option, I guess.”

The American PGA Tour has announced plans to resume as early as 11 June with an event at Colonial in Texas, the first of at least four events planned to be staged behind closed doors.

This unilateral approach leaves questions regarding playing privileges and world ranking points. Hunt believes they cannot be awarded until there is a resumption of the full global schedule.

These points are a key golfing currency. They carry considerable commercial significance and determine player eligibility for professional tournaments around the world.

There is also concern for players such as Tommy Fleetwood and Matt Fitzpatrick who are both at home in England and therefore unlikely to be able to play in US events if they resume in June.

“How do you plan for next season to make sure those players unable to play on the PGA Tour, because they are stranded in the UK or overseas, are not disenfranchised for the following season?” Hunt said.

“And not just the next season, but the FedEx Cup and so on.”

Then there is September’s Ryder Cup, where world standings are a component of Europe’s qualification process. It has been suggested captain Padraig Harrington may end up selecting the entire team, but that could also be legally problematic.

“Qualification is set out in writing and therefore you would argue is effectively a predetermined contract,” Hunt added.

“You are playing on the European Tour, this is how you make it with points and therefore if that is suddenly changed without your consent then you might be able to challenge it.

“If, for example, you were in one of those places and then you are not picked then you would feel very hard done by.

“That said, these things tend to be based on European Tour policies and regulations and I would expect those to allow the European Tour to vary these requirements by members’ vote.”

Players’ sponsor contracts are also being hit by the shutdown. Many are based on the number of tournament appearances they make and fees are adjusted accordingly if they do not fulfil their obligations.

Other aspects are not as straightforward. “A number of contracts base the following year’s fee on the world ranking place at the end of the year,” Hunt said. “I have no idea how the sponsors will address that.”

Television contracts provide lifeblood revenue streams for the professional circuits and Hunt believes the PGA Tour’s plans for a June resumption help demonstrate a crucial commitment to deliver their product for their broadcast partners.

“If it then has to cancel the tournaments because of force majeure (superior force) or whatever, then perhaps they’ll rely on some insurance policies.

“So often how you employ the force majeure principle is interlinked with any insurance language.

Like all walks of life and every other sport, professional golf faces acute challenges as it prepares for a post-coronavirus world. Hunt believes the existing culture within the game will prompt a coming together rather than infighting.

“Golf is the least litigious sport that I’m aware of and we work across many, many different sports,” Hunt said.

“It is one of the most respected for that reason. I think everybody tends to try and work together to try and find resolutions and I think this will be the case for this as well.”

With potentially immense financial challenges ahead, it will be fascinating to see whether golf maintains its usual united front while the game’s different entities adapt to a significantly changed sporting environment. 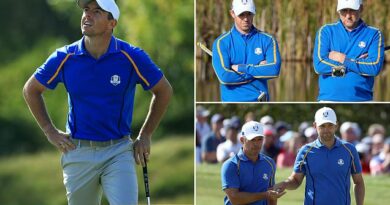 MARTIN SAMUEL: Rory McIlroy has a day to forget at the Ryder Cup