That’s a long shot, Bryson! DeChambeau will attempt to drive the 555-yard sixth hole at Bay Hill next week in ONE SHOT as American looks to smash the ball across the monstrous 350-yard lake

A late entry to the Arnold Palmer Invitational next week, he claims he will have a punt at driving the signature par five sixth hole at Bay Hill that sweeps around a water hazard for the entirety of its 555 yards. Back in September, when he held the sport in thrall, you might even have given him a shot of making the monstrous carry of 350 yards over the lake.

Apart from the obvious difficulty, the problem for DeChambeau right now when it comes to the most talked about club in his bag is the shock value comes from how bad he is. 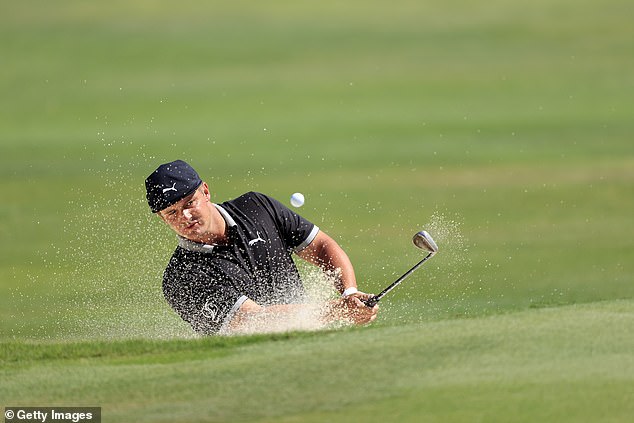 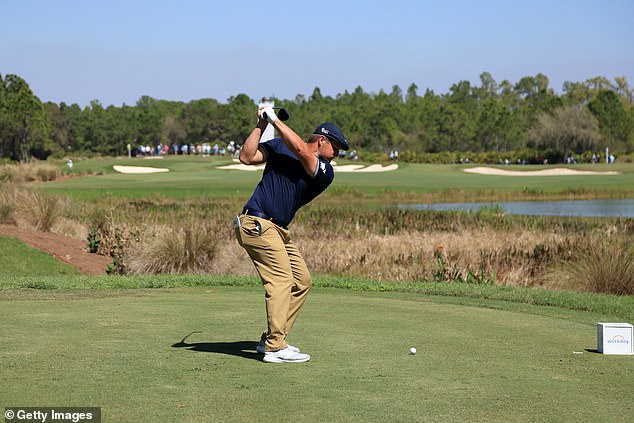 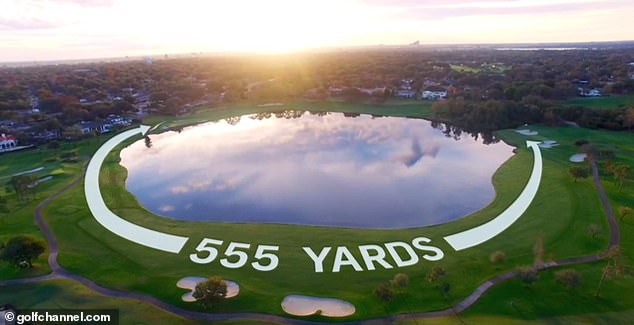 No need to ‘Bryson-proof’ courses at present. With tee shots that, at times, are barely staying on the right venue let alone the right fairway, he’s doing the job of the governing bodies for them.

If he aimed for the vast expanse of water on the sixth next week, he’d probably miss it.

DeChambeau has never been the same since he turned up at the Masters last November in a blaze of publicity not seen since Tiger Woods was young. 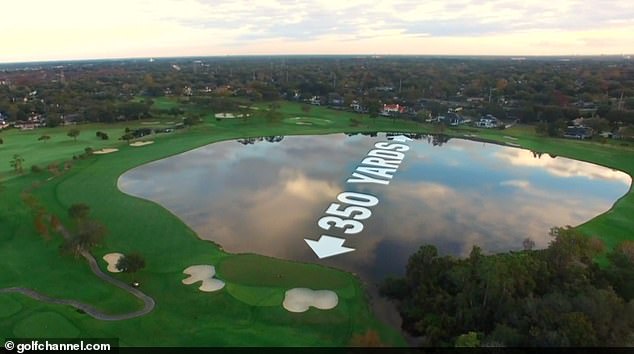 However, DeChambeau will look to bypass that route by hitting over the 350-yard lake 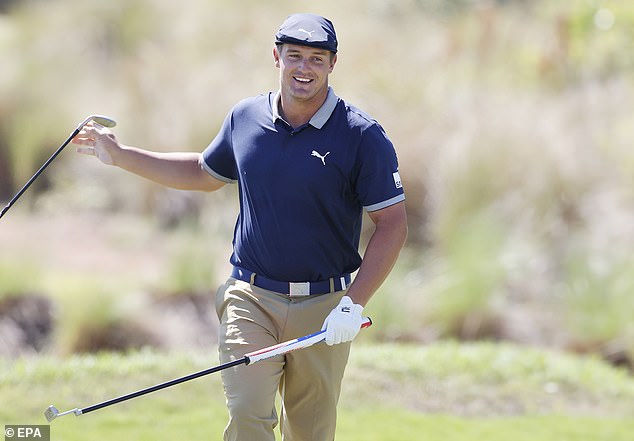 Apart from the obvious difficulty, the problem for the American is he is badly out of form

He fanned the flames still further by declaring that par for him was 67, not 72.

Five days later he left Augusta National complaining of dizziness, beaten by 63-year-old Bernhard Langer after shooting, by his own reckoning, a score of 18 over par. He wasn’t seen for the rest of the year.

The man who put on 40lb during the first lockdown had added another 20lb when he returned in January.

This time, there was little of the belligerent brilliance that marked his entrance last June.

His swing speeds were even faster but now they were so fast he’d lost control. No surprise, therefore, that when he got to a thinker’s course like Riviera last week, he comfortably missed the halfway cut. 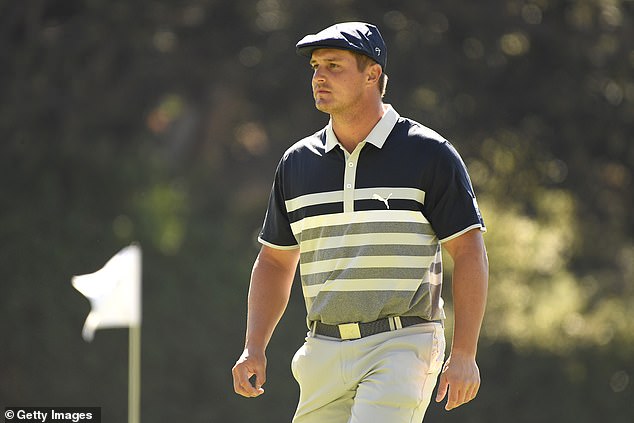 His problems continued at the WGC-Workday Championship on Thursday when, on another strategic layout in The Concession in Bradenton, Florida, he opened with a desperate 77.

DeChambeau is philosophical about his driving problems. He’s prepared to be patient.

‘It’s one of those things right now that I am swinging so fast we just don’t know what’s happening yet,’ said the physics graduate, 27, who has added world long drive champion Kyle Berkshire to his team. ‘I knew we were going to come to this point at some stage, but once we figure it out it’s going to be very, very nice.’ 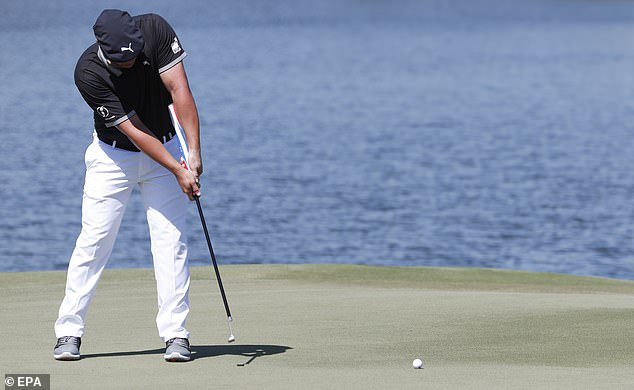 Wisely, DeChambeau didn’t try to figure it out in his second round on Friday, after being all over the property on day one.

‘You can’t be offline like I was, or you soon find out why the members call it The Concussion,’ he said.

The driver remained largely sheathed as DeChambeau played smart golf to be three under after 10 holes to move back towards the pack.

He was still overshadowed by both his playing partners.

Defending champion Patrick Reed showed he is in no mood to relinquish his trophy as he moved to nine under to dispute the lead with fellow American Billy Horschel and Australia’s Cameron Smith. Norwegian Viktor Hovland, the third member of the group, had five birdies in a row to move into the top seven.

Golf: Tiger Woods still struggling to get to grips with Kobe Bryant's death 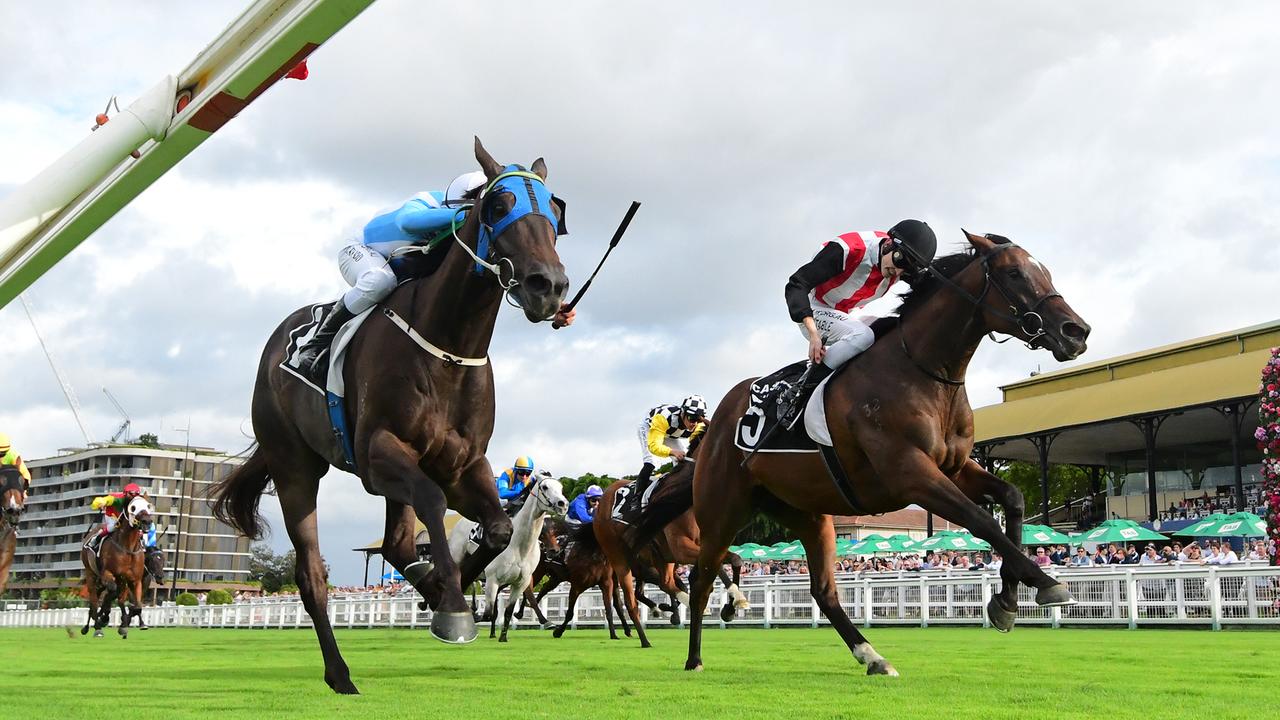 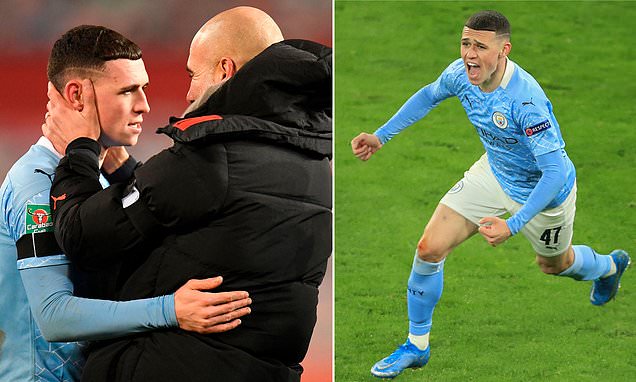