Home » Golf » Everything you need to know for Mickelson/Brady vs. DeChambeau/Rodgers 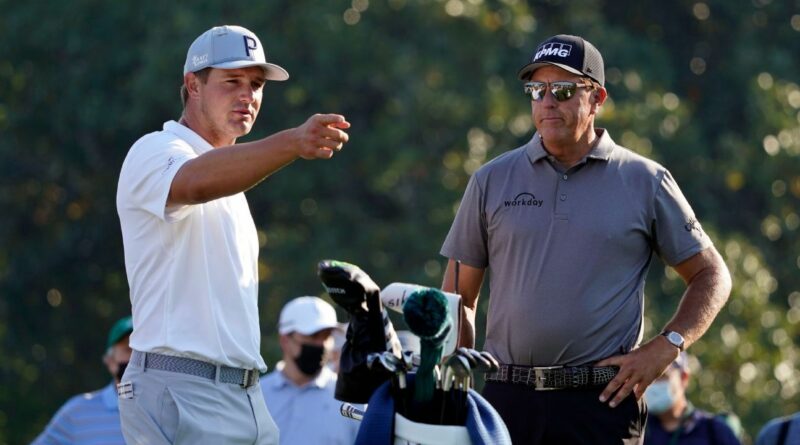 They have been talking about this for weeks, mostly with social media back-and-forth, but at last, Phil Mickelson and Tom Brady will take on Bryson DeChambeau and Aaron Rodgers on Tuesday.

This is the fourth iteration of the match, a series that began with Tiger Woods and Mickelson playing winner-take-all against each other. Along the way, others have joined — Steph Curry, Charles Barkley and Peyton Manning among them. Now DeChambeau steps into the mix along with Rodgers and Brady, who makes his second appearance.

Before you watch the match, though, here are a few things we’re anticipating this time around.

If you’ve been paying attention to social media, you’ve probably already seen the level of trash talk that has been thrown around by Brady, Mickelson, Rodgers and DeChambeau.

Brady wasn’t shy about going after DeChambeau with a Brooks Koepka meme on Twitter. The DeChambeau vs. Koepka feud has been the story of golf this summer, and Brady wasn’t going to miss an opportunity to jump in on it.

DeChambeau responded with a Deflategate joke of his own and it escalated from there, with Brady mocking Rodgers and the Packers, saying DeChambeau should get used to laying up because he knows Rodgers won’t go for it. That was, of course, referring to this season’s playoff game when the Packers kicked a field goal instead of going for it on fourth down in a game against Brady and the Buccaneers.

We saw plenty of trash talk in the previous match with Woods, Manning, Mickelson and Brady. Expect more on Tuesday.

Mickelson and DeChambeau aren’t going to hold back off the tee in this event, so get ready for some bombs. Mickelson often uses the words “bombs” and “hellacious seeds” to describe his tee shots.

The two have played together in a few pre-tournament rounds and have gone back and forth trying to outdo each other. That won’t change in this match. Both will try to put on a show with their drivers.

Through the Travelers Championship, DeChambeau leads the PGA Tour in average driving distance at 322.4 yards. Mickelson is No. 47, averaging 302.6 yards, and knowing Mickelson’s competitive side, he probably isn’t going to let DeChambeau show him up the entire match.

An update on DeChambeau’s caddie

The conversation will likely stay light, but keep in mind that DeChambeau and caddie Tim Tucker split up the day before the first round of the Rocket Mortgage Classic in Detroit.

DeChambeau had Cobra Golf tour rep Ben Schomin on the bag for the tournament. His agent said he’ll begin the process of looking for a new caddie. The players won’t have caddies at this event, so we won’t get an answer as to who he will hire. But the commentators should at least prod DeChambeau about what happened and what led to the breakup. And it is a safe guess it might end up being a conversation point for Mickelson and Brady to throw around.

Aaron Rodgers and his future

Rodgers hasn’t spoken much to the media about his future with the Packers after an eventful offseason. Rumors of Rodgers being unhappy have swirled around the league, and he skipped Packers minicamp.

No one knows what will happen next, and we’re not likely to find out what he’s thinking at this match. But again, it would be surprising if this topic didn’t come up.

In his first time competing in this event, Brady had some early struggles against Woods and Manning. He came on late, though, and made some clutch shots for his team, including a hole out from the fairway.

It got so bad at one point, though, Charles Barkley bet Brady $50,000 — the proceeds going to charity — that Brady couldn’t hit the green on a par 3. Brady missed the green and Barkley quipped, “I should’ve just said if you can just keep it on the planet.”

When Barkley is making fun of your golf game, you know there’s an issue.

Brady has been practicing, though, and there is no doubt he is looking to get off to a fast start this time.

Barkley was a star of the match with Brady and Manning, taking shots at every golfer, including Woods. He will be back as an analyst this time around.

Barkley doesn’t hold back and isn’t afraid to say what’s on his mind. It’s almost as if an average fan has a microphone and is allowed to say what they want. Barkley needled Brady so much in the last event that Brady started talking trash back to Barkley.

He’ll be joined by Cheyenne Woods, Larry Fitzgerald and Trevor Immelman as analysts.

The match is being played at The Reserve Golf Course at Moonlight Basin in Big Sky, Montana. It’s a Jack Nicklaus course that runs 8,000 yards from the back tees, including a 777-yard par 5. It’s set at a 7,500-foot elevation with mountains off in the distance and trees lining the course. It should provide a good backdrop for the heckling and big drives. 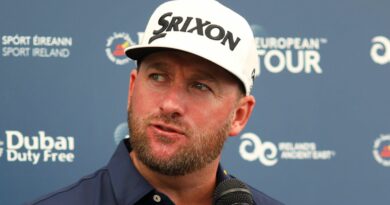 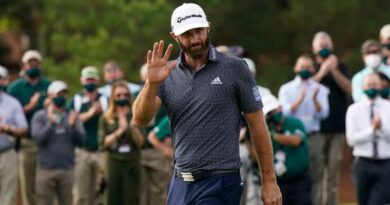 The Masters: ‘Limited attendance’ planned for Augusta National in April