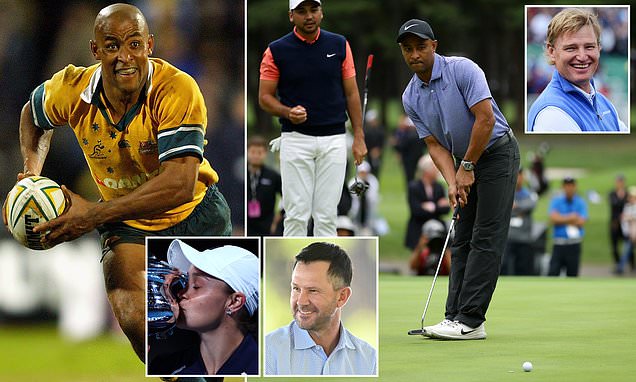 ‘It’s game on’: George Gregan is ready to show off his golfing prowess alongside Ash Barty, Pep Guardiola and Ricky Ponting as Wallabies legend reveals how the sport helped Australia to their 1999 Rugby World Cup glory

Former Wallabies captain George Gregan is a familiar sight to most Australians on the rugby pitch but many may be surprised to discover the legend is just as at home on the golf course.

The 49-year-old led the Wallabies to great success but has actually long been honing his golf skills alongside his rugby prowess – and even credits the sport with a role in Australia’s 1999 World Cup glory.

And now he is set to showcase his talent on the global stage as he teams up with international sports stars – including two fellow Aussies – in the Icons Series. 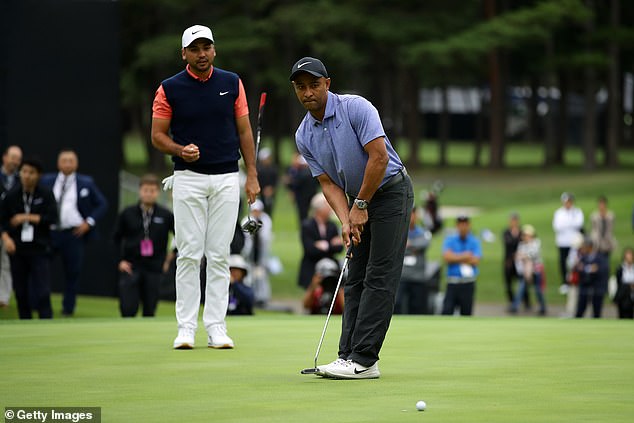 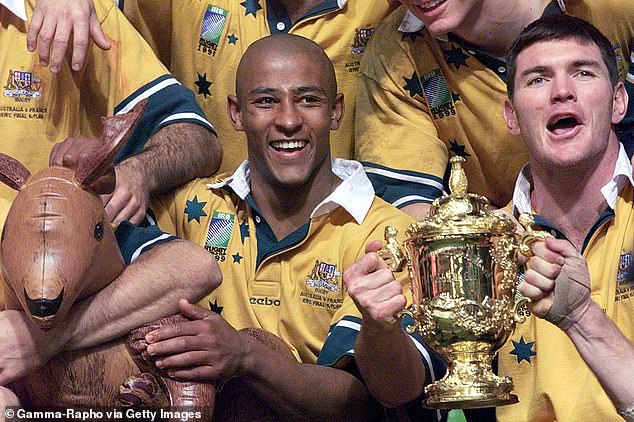 Gregan will be representing golfing great Ernie Els’s Rest of the World team as they battle the US’s of team of iconic sporting stars.

Speaking exclusively to Sportsmail, the rugby legend revealed he is ready for the competitive challenge but admitted he may have to ‘cram’ in the practice.

‘It’s getting closer,’ he said. ‘I’ve been watching a lot of golf but to be fair I probably haven’t been spending as much time on my short game.

‘Being here in Australia, the weather, particularly in Sydney, it’s been super wet. Courses have been closed for extended periods of time. So it will have to be like cramming for an exam for the putting and short game.

‘It’s competitive. I’ve played golf for a long time but when you’re under pressure, the more you practice the better off you are. 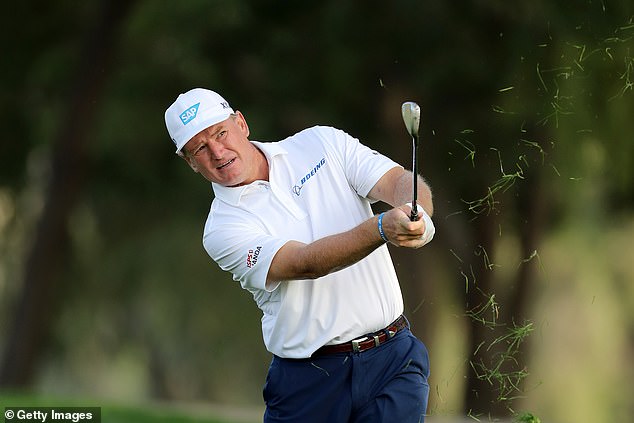 ‘I’ve got past experience in the event. I first played in Dubai in 2015, with Shane Warne and it came down to making putts. And when you’re playing foursomes that bit of strategy is good fun.

‘Ultimately, you’ve got to stand up and hit a shot or make a putt. That’s what’s exciting for everyone involved in the Rest of the World or the US team, they want to put themselves in a position where it’s something that matters.

‘I’ve had that previous experience but this is unique playing in the States. Last time, was sort of a neutral ground.

‘When the time comes to it you just have to do what you can to get a half point, ideally a point.’ 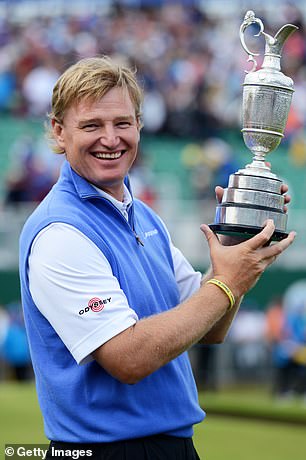 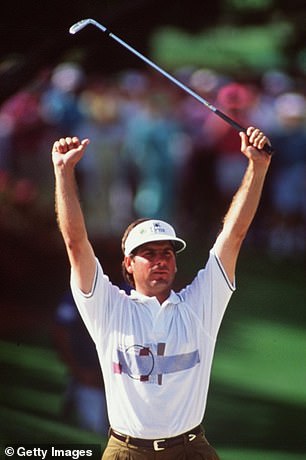 Match play can get tense and tactical on the course and Gregan admitted the mind games might make an appearance.

Team Rest of the World

‘There’s always mind games in match play,’ he admitted. ‘It’s going to be competition but you play in a good spirit.

‘There’s times where you want to see a putt or other times when you’ve seen them make a few you think “they’re good from there”. But if you’re getting to the 14th and 15th then it’s game on.

‘You’d expect nothing less. Growing up in Oz, everyone wants to see you hole out!

‘You know when you’ve had a bad hole, so for the sake of everyone’s time, crack on. That’s the beauty of match play.’

Four-time major champions Els and Gregan will be putting the Wallabies-Springboks rivalry to one side for the weekend and the former Australian captain conceded that the South African would have made a decent rugby player if he’d ditched the clubs.

‘I’ve met him (Els) a couple of times previously,’ Gregan explained. ‘I know he’s a mad rugby fan and I know he always had a bit of a wager with Scott out on the European Tour many years ago when the Springboks were playing the Wallabies.

‘He would’ve been a pretty handy rugby player too I reckon.’

The Rest of the World team will see another truce as Premier League stars Harry Kane and Pep Guardiola team up. 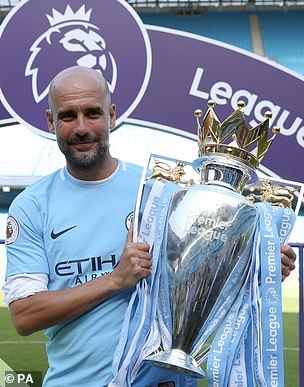 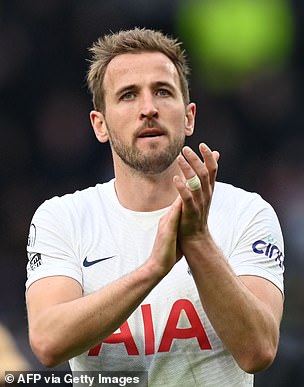 Gregan was full of praise for his fellow Aussies’ games and revealed he would be eager to play with either of them but admitted the skipper had the final say.

‘I’ve been lucky to play with Ricky a couple of times over the years,’ he said. ‘We know each other from way back playing junior cricket together – he obviously went a bit further than me! He hits a really good ball and he loves the game.

‘I’ve heard Ash hits a great ball and has a great character. You’ve seen how she plays tennis, she doesn’t ever lose her cool. She’s going to be pretty handy.

‘I’d love to play with either of them but who knows Ricky could be paired up with Harry Kane. I’ll play with anyone, whatever Ernie says!’ 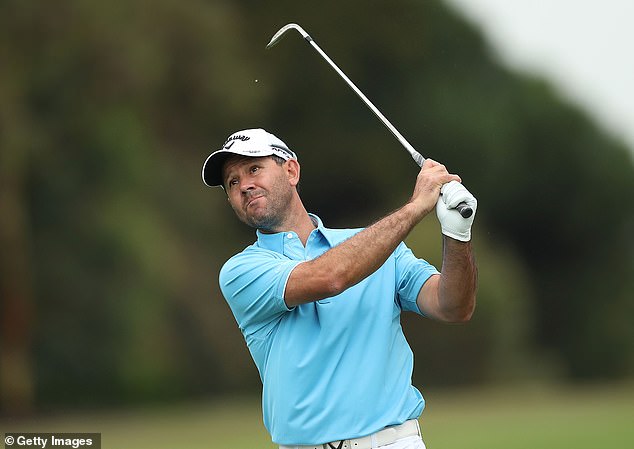 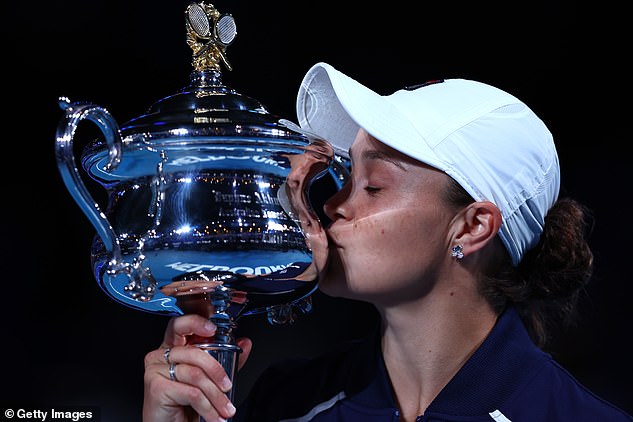 ‘I’m a big fan of NFL and I know Ben Roethlisberger was a big part of the Steelers’ success. Always there or thereabouts, pushing and knocking on the door. So someone like that is going to have a pretty good game and course management.

‘I just think that all of them having had that experience previously when the pressure is on and when the big moment comes, they just want to be part of it.

‘When you are playing match play, you’ve always got to think your opposition is going to make it possible and you just gotta be prepared for that. There’s a lot of self-confidence and self-belief in everybody that plays for that American team.’ 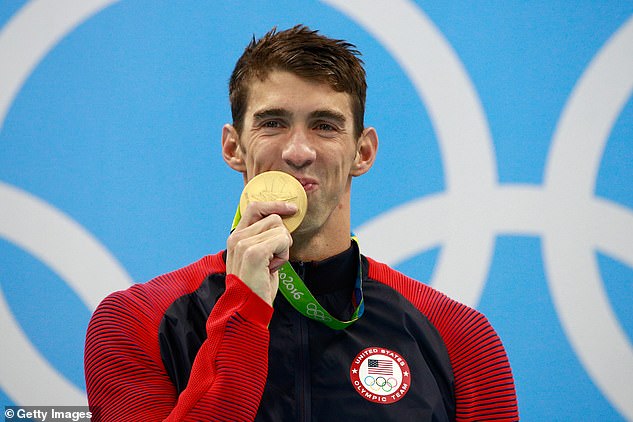 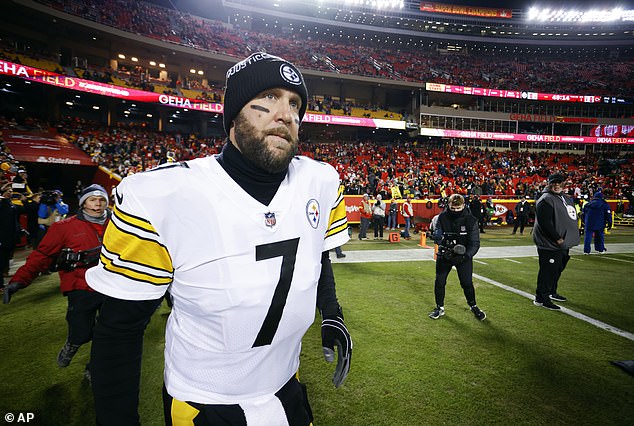 Gregan got into golf at a young age, balancing it alongside rugby and cricket, like any typical Aussie.

Although he obviously went further up the ranks in rugby, he revealed golf actually provided a useful escape – particularly before Australia’s 1999 World Cup final victory.

‘Whenever you had a break between playing rugby in winter or cricket in summer, there were windows of just living on the golf course,’ he explained.

‘With rugby it was this perfect complimentary meditation – as long as you were playing half decent! 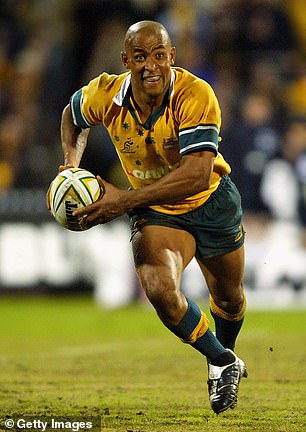 ‘A group of eight players would get away from the hotel and get out into nature, whether it was playing for a glove or a sleeve of balls.

‘There was always competition but it was fun and would take your mind off rugby. I think it was a big part of the 1999 World Cup when we based ourselves in Ireland.

‘In the preliminary rounds we had a lot of chance to work on our golf in between training. I think it was really important for the players.

‘We played Celtic Manor the Thursday before the final. We still had to get out there because we had developed a routine. It was great to take your mind of rugby and then a few days later you were playing a World Cup final.

‘You knew you were playing a big game but for those few hours you weren’t thinking about it and you didn’t compromise your preparation.’

They say ‘greatness recognises greatness’ and it applies to the rugby legend.

He may be Australia’s most capped player but Gregan admitted 15-time major champion Tiger Woods has been nothing short of an inspiration.

Speaking on Woods’ comeback at the Masters in April, Gregan said: ‘It’s pretty amazing considering where he was over a year ago because he just doesn’t stop amazing people with his abilities.

‘He’s got so much tenacity, just so much resilience and that’s very inspiring.

‘What’s pleasing is he’s back and he’s playing. He wants to put himself in a position and you can see that he’s really loving being able to compete. He’s always going to compete cause that’s who he is. 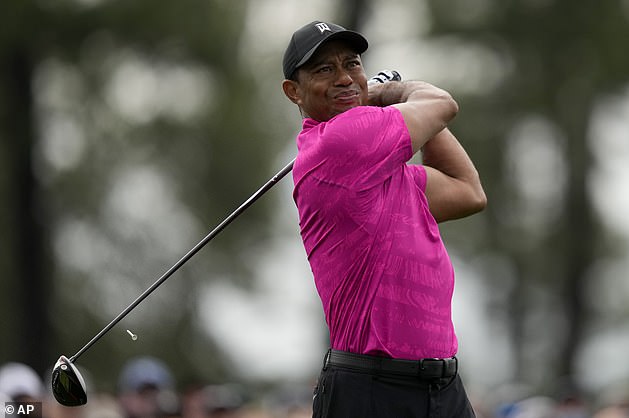 ‘It’ll be great seeing him at the 150th British Open, it’s just great for golf. There’s a lot of great golfers around.

Gregan had the pleasure of meeting Woods on a few occasions, most recently ahead of the Zozo championship in 2019 – the site of Woods’ last victory.

And, when asked if Woods knew his rugby, Gregan claimed: ‘Yeah I think he does. He had a Kiwi Steve Williams on his bag, so I think he was up to speed on rugby games.’

Gregan played a total of 139 times for the Wallabies and clinched a World Cup back in 1999. 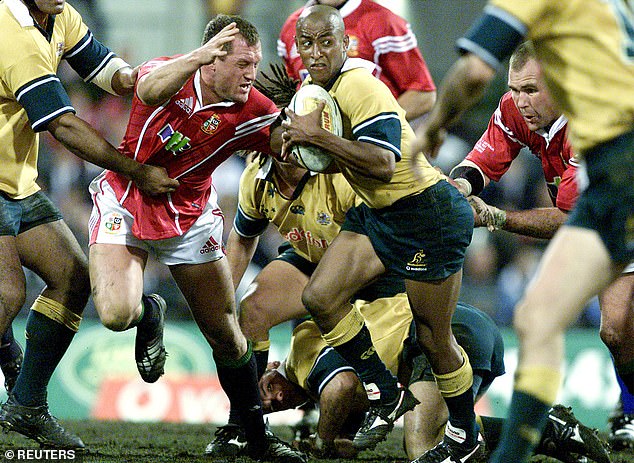 The 49-year-old is Australia’s most capped player, playing a total of 139 times for the Wallabies

And he believes Australia could replicate his 1999 success in next year’s tournament in France, insisting the squad is better placed compared to their 2019 quarter-final exit to England.

‘It’s an opportunity now. It’s not too far away – we’ve had glimpses,’ he said.

‘There’s some really good young players who were part of that 2019 squad, but have more maturity and experience now.

‘It’s just a matter of consistency in international rugby and the margins are always very small.

‘A World Cup sometimes isn’t about what you’ve done previously. South Africa, for example, won in 2019 but if you track their form before, you wouldn’t have put them down as a world champion.’

The Masters: Tiger Woods backs decision to play despite no patrons at Augusta 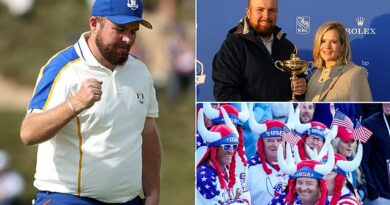 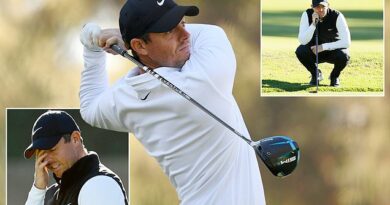 Rory McIlroy flops out of the Genesis Invitational