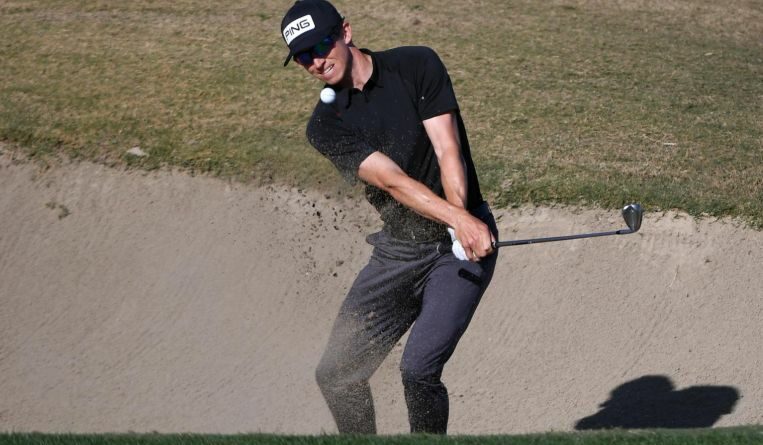 LOS ANGELES (AFP) – American Brandon Hagy sank a career-best 10 birdies in shooting an eight-under 64 to grab the lead after Thursday’s (Jan 21) opening round of the PGA Tour’s American Express tournament.

World No. 398 Hagy, seeking his first PGA Tour title after missing the cut in five of his past six starts, took a one-stroke lead over South Korean An Byeong-hun.

The tournament at PGA West in La Quinta, California, was played on the par-72 Nicklaus and Stadium courses.

Hagy, who played the Nicklaus layout, was only one off his PGA Tour career low round score, set last year at La Quinta.

“I’ve been working on some great stuff the past couple of weeks,” he said. “Made those 10 to 15-foot range birdie putts all day. That’s what you have to do to make 10 birdies.”

The 29-year-old only made the field when world No.2 Jon Rahm of Spain withdrew but has made the most of his chance.

Hagy opened with a three-putt bogey, then birdied six of the last seven holes on the front nine, reeling off two stretches of three in a row with a par at the sixth.

He missed the green at the par-three 12th on his way to a bogey but then birdied the next three holes and closed out the round with an eight-foot birdie putt, grabbing the lead alone.

An, also playing the Nicklaus course, birdied the par-five fourth and seventh with another birdie in between at the par-four sixth. The world No. 77 reeled off three birdies in a row starting at the par-five 11th and added a final birdie at the par-three 17th.

“I never thought about the score all day,” he said. “It was one of those steady rounds and at the end you shoot seven-under par. Everything worked.”

The 29-year-old is seeking his first US PGA victory, although he captured the European Tour’s BMW PGA Championship in 2015 at Wentworth.

He has missed the cut in five of his past seven events, including the US Open and Masters.

“I was struggling with my long game,” An said. “I’ve worked pretty hard on that during the off season. Obviously it’s paying off.”

“I felt pretty comfortable,” he said. “Last week, I didn’t putt very well and I just focused on practising harder and I putted pretty well.”

American Maverick McNealy, in a pack on 67, joined Dean Wilson from the 2009 final round as the only players to eagle the par-four sixth hole at the Nicklaus course, doing so in a birdie-birdie-eagle-birdie run.

Losing to Tiger ‘a dream’ for Schauffele, and a nightmare for Molinari