Home » Golf » Golf: Cantlay stays one in front of Rahm in US PGA Tour Championship 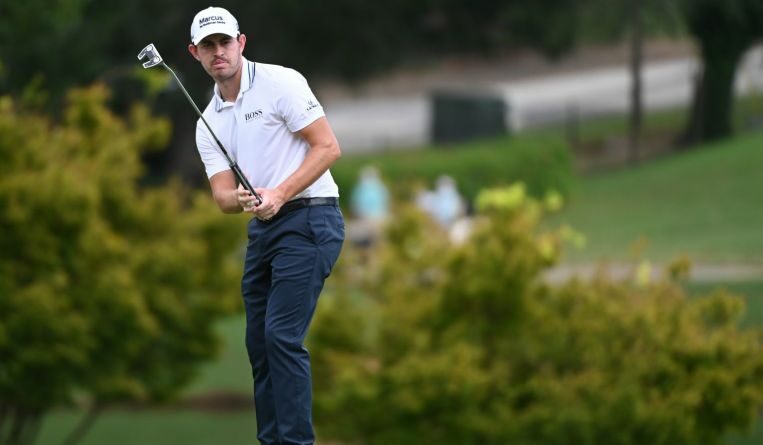 WASHINGTON (AFP) – Patrick Cantlay rolled in an eight-foot birdie putt at the final hole on Friday (Sept 3) to stay one stroke in front of top-ranked Jon Rahm in the US PGA Tour Championship at East Lake in Atlanta.

Cantlay started the day two shots in front of Rahm and had four birdies without a blemish in his four-under 64. That included a 15-footer at the 17th and his testing effort at 18 that preserved his lead on 17-under after Rahm had closed with three straight birdies.

Rahm finished with six birdies against one bogey in his five-under 65.

That put him at 16-under in the tournament that features a staggered start in which players were staked to strokes based on their spot in the playoff standings.

After his victory in the BMW Championship last week, Cantlay was ranked first and had a two-stroke lead, on 10-under, heading to the very first tee on Thursday.

Rahm started the tournament four off the pace, but has steadily eaten into that deficit, and Cantlay said it was “definitely” important to drain that final birdie.

“I think I’ve gotten all the par-fives so far, four birdies on the four par-fives I’ve played, and it’s important around this golf course because the fives are gettable.

“But every putt out there is important and I know they will be important when I get there later on the weekend.

“It was nice to finish with a couple birdies and kind of validate the patience that I had all day,” Cantlay added.

Rahm had four birdies on the back nine, including a 36-footer from off the green at the 13th.

He bogeyed 14 after hitting into the trees off the tee and missing the green with his third shot.

“I hit some really good shots (to) make the birdies,” he said. “At the same time, there were some bad shots out there. I didn’t play 10 or 11 good at all.

“So I think that’s the key and that’s been the key all week. I’ve been able to get a lot of good up-and-downs, and avoiding those mistakes is what allows me to keep going,” added Rahm, whose five-under round matched the lowest of the day, also shot by Japan’s Hideki Matsuyama.

After his nine-foot birdie at 16, Rahm rolled in a 15-footer at 17 and at 18 his shot from a greenside bunker landed inches from the cup.

Rahm said he and playing partner Cantlay fed off each other as they separated themselves from the field.

“So we definitely feed off each other and that’s probably why you see the difference in the scoreboard right now.”

Bryson DeChambeau was alone in third on 11-under. The big-hitting American chipped in on 17 and saved birdie from a greenside bunker at 18, rebounding from back-to-back bogeys at 13 and 14 to post a three-under par 67.

He was one stroke in front of American Justin Thomas with another five-players at nine-under.

Rahm and Cantlay both said they were trying to focus only on their games and put the staggered start out of their minds, and even with a $15 million bonus on offer to the winner of the playoff race, Rahm said he’d be approaching the weekend like any other.

“I’m just going to keep doing exactly what I’ve been doing this week, nothing special,” he said. “Again, just trying to hit the best shot I can at each moment. That’s it.”

Why top women should mix it with the big boys 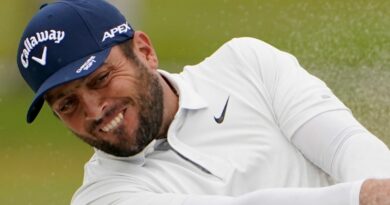