(REUTERS) – Michelle Wie returns from injury at this week’s Women’s PGA Championship in Minnesota, inspired she said by a close-up look at the NBA Finals.

The former child prodigy had a courtside seat during the series between the Golden State Warriors and victorious Toronto Raptors, from where she saw that basketball can be a violent sport.

“You just see a lot, and when you’re there behind the scenes you really notice a lot of small things,” said Hawaii-born Wie, who is engaged to Jonnie West, the director of basketball operations for the Warriors.

“Steph (Curry) dislocated his finger and came back and taped his hand. You saw the picture of the finger going out in different directions and him coming back and fighting through and putting up all those shots.

“You also notice that being an athlete you’re not never going to be a hundred percent, always going to go through something and it was a confirmation to me it’s okay that you’re hurt … you just have to go through it and find a way to compete.”

And compete she will at the third women’s major of the year, starting at Hazeltine in Chaska on Thursday (June 20), where the 29-year-old will return after taking a two-month break to recover from a trapped nerve in her right hand and wrist.

Wie cannot wait to get back, immensely disappointed at missing the US Women’s Open three weeks ago.

“I’m just doing everything I can to get the inflammation down,” said the 2014 US Women’s Open champion.

“I started hitting balls last week. Unfortunately, these majors are all really close together. I’m running on a schedule that’s just not really ideal. The doctors gave me advice to wait until the last possible moment to pick up a club.”

Wie has had a myriad of injuries during her decade as a professional, her wrist issue just the latest setback to a career that has not quite reached the heights many expected.

“I was in a car accident two years ago which kind of created this whole thing,” she said of her wrist issue.

“I’m very grateful I was able to do that (but there is) still so much more I want to accomplish and that’s why I’m here, giving it my all.”

The Open For The Ages: Seve Ballesteros a shot ahead of Tiger Woods and Jack Nicklaus 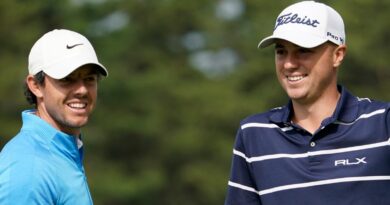 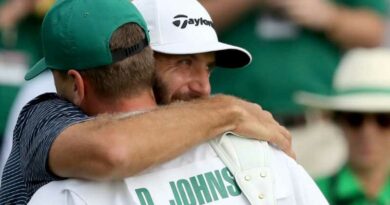 The Masters 2021: What will Dustin Johnson serve on the Champions Dinner menu at Augusta National?