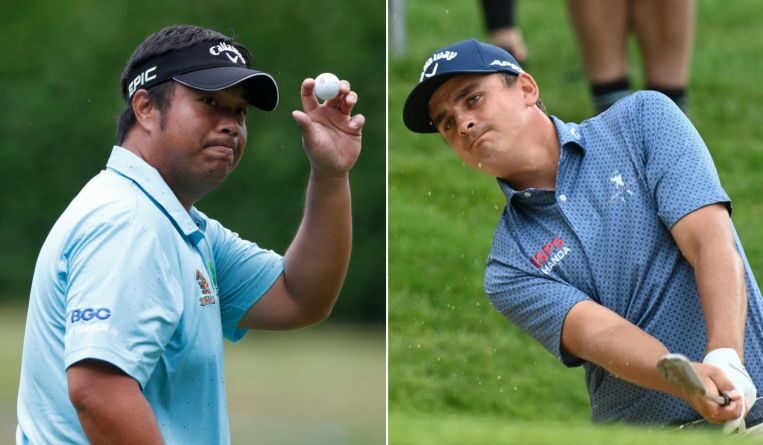 Four more can seal their places depending on their performance this week at Wentworth and Harrington will choose three wildcards.

Rose would need a victory to guarantee himself an automatic spot on the European team, although a strong showing would boost his chances of a captain’s pick.

“All eyes are on me now, which is great,” Rose, the former world No. 1, who has featured in five of the last six European teams, said.

“That is a good start where I can focus on the positive scenario, which is me winning the tournament to get into the team by right. That is obviously Plan A, then Plan B is all of the other stuff. I didn’t actually appreciate how many scenarios were still in play this week with so many players, so there’s a lot to shake out obviously over the next few days.”

Austrian Bernd Wiesberger, one of those on the cusp of forcing his way into the side on merit, looked to be struggling as he went three-over through the opening six holes.

But he recovered superbly to post a one-under 71 – rolling in a long eagle putt on the 18th. Wiesberger needs a top-50 place to secure his Ryder Cup debut.

England’s Matt Fitzpatrick, another player seeking to nail down his Ryder Cup place along with compatriot Tyrrell Hatton, carded a level-par 72 as defending champion Hatton struggled to a 74.

Ryder Cup stalwarts Ian Poulter and Sergio Garcia are favourites to be captain’s picks in view of their inspirational qualities.

Garcia is Europe’s record points scorer with 25.5 from his nine appearances while Poulter, who opened with a 72 at Wentworth, has been part of five winning teams.

Italy’s Francesco Molinari, who went 5-0 when Europe beat the United States in Paris in 2018, impressed with a three-under 69, although he has said he will not be part of the team this year because of back problems.

Honda Classic: Jhonattan Vegas leads by two after opening round

Masters 2020 – LIVE: All the scores from Augusta National Golf Club