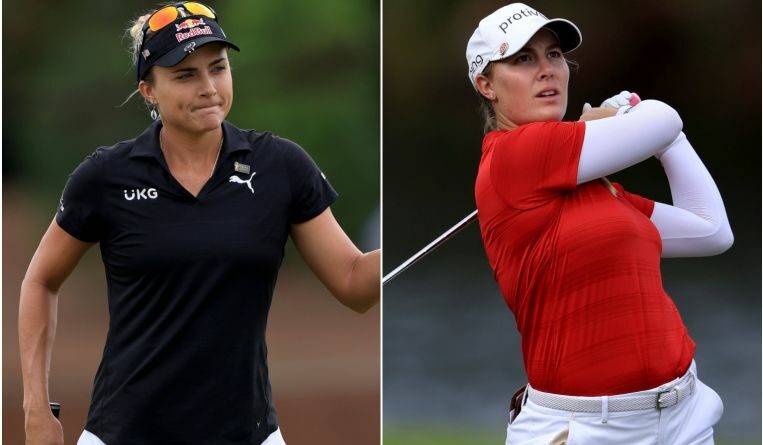 (REUTERS) – Lexi Thompson and Jennifer Kupcho scored matching rounds of six-under 64 on Friday (Nov 12) to tie for the 36-hole lead at the Pelican Women’s Championship at Belleair, Florida.

At 11-under 129, the American pair lead Ireland’s Leona Maguire (68) and Chinese Taipei’s Hsu Wei-ling (64) by one shot. Five players are tied for fifth at nine under at Pelican Golf Club.

Thompson started her round on the back nine and tallied four birdies and five pars. She made her first bogey at No. 2, but over her final five holes she recorded four more birdies and a bogey to reach 11 under.

Thompson, an 11-time winner on the LPGA Tour including one Major (the 2014 ANA Inspiration), is a Florida native and continues to reside there.

“Honestly I’m happy that I was able to drive to an event,” the 26-year-old said, “happy I’m on bermuda (grass) and just to be able to play in front of a Florida crowd or any crowd in general, honestly.”

Kupcho, meanwhile, went bogey free with six birdies. She is still in search of her first win on tour.

“I think I am a really good ball-striker, so that really helps going into the greens,” the 24-year-old said of the course. “It’s so sectioned off with a lot of run-off, so you really have to be on target.”

Maguire went to bed on Thursday with the lead after turning in a first-round eight-under 62.

Friday’s round was more pedestrian, with four birdies and two bogeys.

“Hit two bad drives on 18 and 2 which cost me into the fairway bunkers,” the 26-year-old said. “Stayed as patient as I could, and it was nice to pick up two (birdies) on the last four holes to finish off strong.”

World No. 1 Nelly Korda is part of the group tied for fifth at 131. Early on Friday, she took sole possession of the lead with a tap-in birdie, one of her four birdies in a bogey-free 66.

“I was hitting it really solid. I just didn’t really roll it as well as I did yesterday, which is OK,” the 23-year-old said.

“Some parts of your game are not going to be as sharp as they are always. Hopefully leading into the weekend I’ll improve on that.”

South Korea’s Lee Mi-hyang had the round of the day, a 62, to move up to nine under. Her round had seven birdies, one bogey and an eagle at the par-four 11th hole. Her score tied the course record set by Maguire the day before.

Lee said she had been speaking with her first coach while staying in Korea recently.

“I talk with him a lot about my (mentality), and then trying to (work) a lot of the short game,” Lee said. “So, yeah, been working on it today.”

Stephanie Meadow of Northern Ireland completed the rare feat of a round of 18 pars. It was her second consecutive 70, and it helped her make the cut on the number. Notable names to miss the cut included Cristie Kerr (two over) and Stacy Lewis (four over).