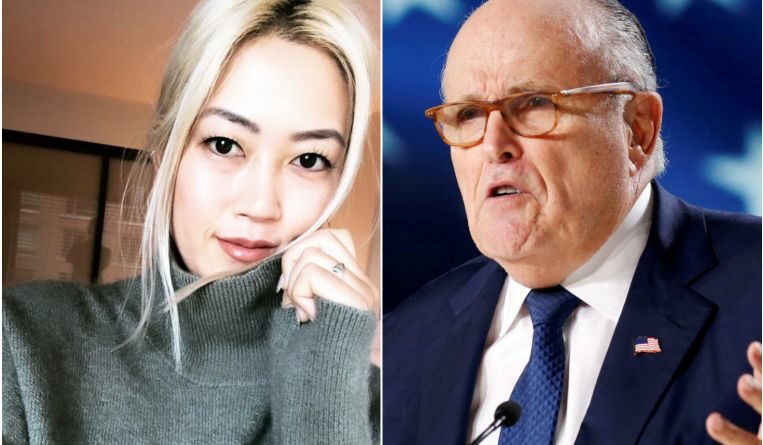 The 76-year-old, who also served as a lawyer for former US president Donald Trump, spoke on the “War Room” podcast of political strategist Steve Bannon about paparazzi taking photos of Wie West when her underwear was briefly visible as she stood over a putt.

Giuliani, who played alongside Wie West and the late radio talk show host Rush Limbaugh, called the tale a joke but she was more disgusted than amused in referencing the podcast comments without mentioning Giuliani by name.

“It’s unsettling to hear of this highly inappropriate story shared on a podcast by a public figure referencing my ‘panties’ whilst playing in a charity pro-am,” Wie West tweeted.

“What this person should have remembered from that day was the fact that I shot 64 and beat every male golfer in the field leading our team to victory.

“I shudder thinking that he was smiling to my face and complimenting me on my game while objectifying me and referencing my ‘panties’ behind my back all day.

“What should be discussed is the elite skill level that women play at, not what we wear or look like.

“My putting stance six years ago was designed to improve my putting stats (I ended up winning the US Open that year), NOT as an invitation to look up my skirt.”

The US Golf Association tweeted support for Wie, saying: “Sexism has no place in golf or life. We are always in your corner.”

Wie West, 31, is on maternity leave from the LPGA Tour after giving birth to a daughter last June.

She is a five-time LPGA Tour winner, including her lone Major title at the 2014 US Women’s Open. Her last win was in Singapore in 2018 at the HSBC Women’s World Championship.

That’s 82! How Tiger’s brilliance defied his age and body