LOS ANGELES (AFP) – Peter Uihlein shook off an early bogey to card a five-under par 66 on Friday (Nov 2) and stretch his lead to two strokes midway through the US PGA Tour Shriners for Children Open.

Uihlein, whose first-round 63 on Thursday was fuelled by birdies at three of his first six holes, bogeyed the par-four second at TPC Summerlin in Las Vegas, Nevada.

A birdie at the fourth saw him make the turn even for the day, but he produced five birdies on the back nine to build a 36-hole total of 13-under par 129 – two shots clear of fellow American Robert Streb and South Korean Kim Whee.

“I just kept trying to hit fairways and greens, get a bit more stable with it, I guess,” said Uihlein, who has hit 32 of 36 greens over the first two rounds.

“Made an unbelievable par on six, which kind of righted the ship, and then after that I was pretty efficient, hit a lot of fairways, lot of greens. I felt like if I just did that I’d give myself a lot of chances the hole would eventually open up and the ball would start going in.”

Birdies at five of his last seven holes – the longest a 21-footer at the par-three 14th, kept the 29-year-old in the lead.

Kim and Streb both played bogey-free to share second position. Kim teed off on the 10th and jump-started his six-under 65 by rolling in a 19-footer for birdie at the 12th.

Streb joined him there with a five-under 66. He, too, birdied the 14th, 15th and 16th, and finished off his round by salvaging a birdie from the right rough at the ninth.

US Ryder Cup player Bryson DeChambeau carded a 66 to join a group sharing fourth on 10-under 132, with Mexico’s Abraham Ancer and American Harold Varner.

Three-time Major winner Jordan Spieth remained within striking distance after a three-under 68 for an eight-under total of 134.

Rickie Fowler, playing for the first time since the Americans’ Ryder Cup loss to Europe in France in September, had six birdies in a four-under 67 to head a group on seven-under.

“Shaking some cobwebs and some rust off,” Fowler said.”I feel like we’re off to a solid start these first two days. After basically coming off not playing a whole lot of golf, I’m happy where we’re at.” 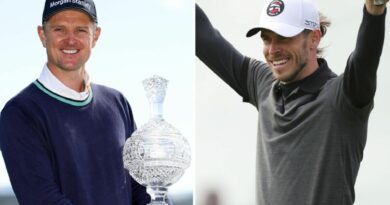 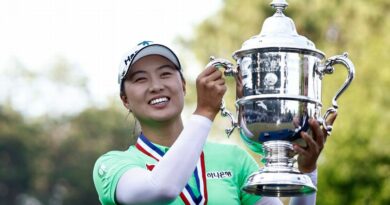