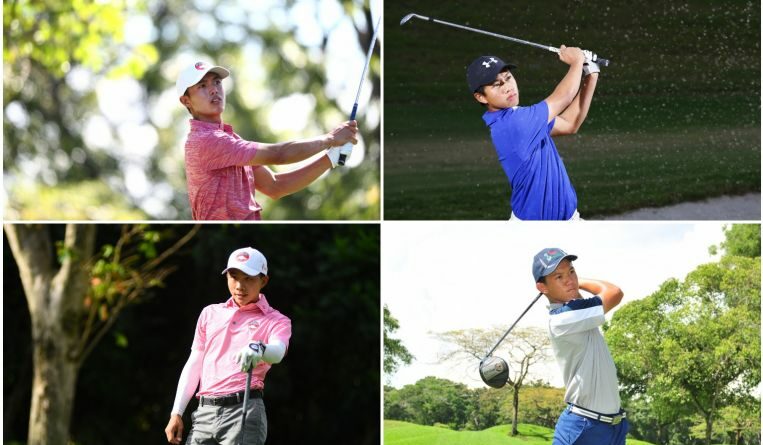 All three graduated from competing in the Asia-Pacific Amateur Championships (AAC) to striking it big in the “Slams” to underline the belief that the continental event is a perfect platform from which to launch one’s career to the golfing stratosphere.

Sharing this belief, the Singapore Golf Association (SGA) grabbed every opportunity to ensure sending a large team through invitation based on world rankings to this year’s AAC events in the United Arab Emirates next month.

Said SGA acting general manager Joshua Ho: “During a period of fewer opportunities for our national players to compete, it is good to give them exposure. The players will benefit greatly from the AAC and the WAAP (women’s event).”

The Republic will send six players from here and welcome five from the United States, pitting their leading players against the continent’s best.

The Nov 3-6 men’s event will be held at the Dubai Creek Golf and Yacht Club. The women’s version is at the Abu Dhabi Golf Club from Nov 10-13.

Leow, 24, a senior at the Arizona State University who won this year’s Southwestern Amateur title and is the reigning SEA Games champion, said: “It’s been an up-and-down year for me with injuries and mental struggles.

AAC debutant Kuk, 20, is looking to take his game to the next level in Dubai. Currently Singapore’s top-ranked player after winning three national ranking games, he said: “I’ve been training hard and am looking forward to comparing my game to one of the strongest fields in the Asia-Pacific.”

National coach Matt Ballard, who will accompany the teams, said: “While we have experienced players who will be eager to contend, we also have some debutants who are looking forward eagerly to this major event.

“In the lead-up to the events, we have been placing added emphasis on sharpening their scoring abilities by increasing the intensity of on-course and short-game sessions.”

The AAC, cancelled last year due to the pandemic, was established in 2009 to further develop amateur golf in the region. The champion receives an invitation to compete in the Masters Tournament and the British Open, while the runner(s)-up gain a place in final qualifying for the British Open.

The AAC has served as a springboard to fame for some of the world’s top players, including Matsuyama, a two-time winner in 2010 and 2011. The Japanese won this year’s Masters.

The inaugural women’s version was held in Sentosa Golf Club in 2018. Among its alumni are Thailand’s Tavatanakit, 22, who claimed victory at the ANA Inspiration in April, and Saso, 20, of the Philippines, who won the US Women’s Open in June.

Singapore’s roster features the in-form Shannon, 17, who recently gained a full scholarship to play NCAA Div 1 with Texas Tech University. Last month, she was invited to play in the Hana Financial Group Championship, a professional event, in South Korea.

California Baptist University student Hailey Loh, 18, who competed in 2019, hopes that her experience in Japan will come in useful this time.

Buoyed by tied-fourth and tied-14th finishes in recent college tournaments, she said: “I’m looking forward to competing on the international stage again and just showing everyone what I can achieve.”

Golf: Woods has score to settle as US Open returns to Winged Foot

‘Not here for a jolly’: Englishman’s quest to spoil at Australian Open