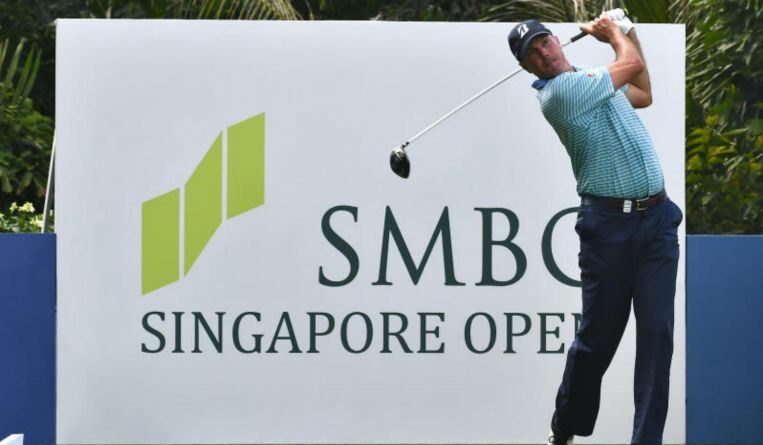 SINGAPORE – The SMBC Singapore Open has become the first major sports event in Singapore to be hit by the Covid-19 pandemic this year as organisers announced on Thursday (Jan 21) that the next edition of the tournament will take place in 2022.

Patrick Feizal Joyce, senior vice-president golf-Asia of organisers Sportfive, said that the organisers had worked with various authorities and stakeholders to come up with a way to hold the competition safely.

While SMBC, the Singapore Tourism Board and Sentosa Golf Club “were extremely supportive of the various operational options that were formulated”, a decision was made to postpone the tournament, which is co-sanctioned by the Asian Tour and Japan Golf TourOrganisation, in light of the pandemic.

Joyce said: “Ultimately public health and safety remain the highest priority for us and due to the evolving nature of the Covid-19 situation around the world, we felt it would be prudent for us to stay patient and work towards holding the next edition in 2022.”

Last year’s edition of the US$1 million (S$ 1.33 million) tournament, which took place from Jan 16-19 at Serapong Course at Sentosa Golf Club, was the last high-profile competition here before the coronavirus pandemic resulted in the cancellation of many major sports events around the globe.

Then, the tournament saw the participation of 156 golfers from North and South America, Africa, Europe and Asia, including tournament winner American Matt Kuchar, a 2016 Olympics bronze medallist, as well as Olympic champion and former US Open winner Justin Rose of England.

A challenge to stage

Staging the Singapore Open could have been challenging in terms of logistics given the number of people that would have been involved. Even without fans in attendance, running the event would involve close to 900 people, ranging from players, caddies, officials, volunteers and SGC crew.

Singapore Golf Association president Ross Tan was supportive of Sportfive’s call, saying: “While it is truly a shame that the tournament won’t be held this year, we have been involved in the discussions throughout the planning process and are fully supportive of the difficult decision that has been made by Sportfive. We shall all look forward to the return of the SMBC Singapore Open in 2022.”

A gradual opening up

While the pandemic continues to rage around the world, professional sport has been up and running for some time, albeit with strict protocols such as regular testing of athletes and bio-secure bubbles in play.

Golf’s top tier, the United States-based PGA Tour, resumed last June and in 2021, some events are even welcoming a small number of fans to courses.

In Singapore, the easing of measures in the fourth quarter of 2020 enabled live sport to return to the Republic to some degree.

Thursday’s announcement comes a day after SportSG and the professional men’s tennis tour announced that an ATP 250 tournament would take place from Feb 22-28. The third-tier indoor hard-court event will see a 28-strong singles field and 16-pair doubles field.

In a statement on Wednesday night, the national sports agency said that the tennis event, which comes immediately after the Australian Open in Melbourne, “will be an important facet of enabling international sporting events to return to Singapore in stages through 2021”.

Football’s Singapore Premier League had restarted on Oct 17 and mixed martial arts organisation One Championship has staged several live fights since Oct 9, with all of One’s events involving overseas-based fighters. The latest edition – called Unbreakable – will take place on Friday.

While both the MMA and SPL had begun behind closed doors, restrictions were eventually eased such that they were able to welcome a couple of hundred spectators by the end of 2020, though attendees were subject to stringent Covid-19 protocols such as rapid antigen testing, safe distancing and temperature checks.

One’s events are part of a pilot project the Government hopes will help identify a model that can be widely implemented so more large-scale events can resume safely in Singapore.

The Republic is currently hosting the M2 World Championship, a major e-sports tournament for the game title Mobile Legends: Bang Bang, which started on Monday and ends on Sunday. The competition features two local and 10 foreign five-man teams.

The MMA and e-sports events featured international athletes who were subject to quarantine and testing upon arrival besides other protocols such as restricted movements between their hotels and the competition venue. Each of them saw a few of the overseas arrivals testing positive for Covid-19 but they were isolated and treated and no clusters have emerged so far.

The HSBC Singapore Rugby Sevens looks set to return this year, although it has been postponed from its traditional April slot to Oct 29-30 while the Singapore Grand Prix is penned in for Oct 3.

Not business as usual for amateur sport

The SMBC Singapore Open is not the only event on the local sports event that has been impacted by the pandemic in 2021.

With amateur sport still limited to groups of just eight, the first round of the Netball Super League (NSL), originally slated to start on Jan 23, was cancelled by Netball Singapore. Instead of the usual two rounds, the tournament will have just one, which starts from Feb 20 before the semi-finals and final.

The Ministry of Education also announced that this year’s National School Games will not feature certain team sports such as football, hockey, netball and rugby as well as judo, which involves close contact.