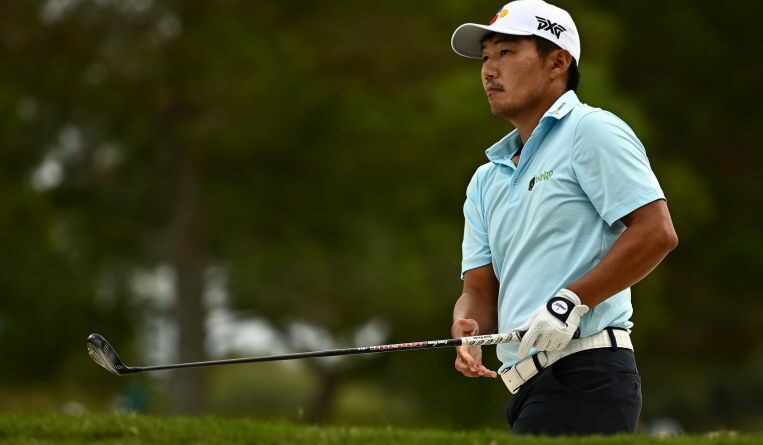 He made nine birdies and a closing eagle against a lone bogey. He was two strokes clear of compatriot Im Sung-jae and Americans Charley Hoffman and Chad Ramey with some of the field yet to tee off, and none of the afternoon starters were able to get any closer.

The round was the second-best of Kang’s USPGA Tour career, bettered only by his 60 in the second round of the 2016 Pebble Beach Pro-Am.

The Korean, whose only top-20 showing this year was a share of 15th at Greensboro in August, opened with a birdie at the par-four 10th, sinking a 10-foot putt there and at the par-five 13th for birdie.

He closed his first nine holes with birdies on three of the last four, the longest a nine-footer at the 18th.

After sandwiching birdies around his lone bogey of the day at the third, he sank a birdie putt at the sixth from just inside 20 feet and another at the seventh from three feet.

At the par-three eighth, Kang rolled in a 15-footer for par, then blasted out of a fairway bunker at the par-five ninth hole to 18 feet and sank his eagle putt.

“I was in the bunker and the ball was a little below my feet,” Kang said. “I carry a seven-wood which is big advantage. My caddie told me seven-wood was perfect club. Tried to hit a little bit of draw and hit it clean, landed in a perfect spot and rolled up about 15 feet.

Kang credited his clutch par at the eighth as well.

“The momentum is really important,” he said. “(On No. 8), I hit it about 10 feet for par and made it and that definitely helped. I would have probably been about finishing seven under par, so now I’m finishing 10 under.”

Kang credited work on his swing with delivering his superb start.

“Last few weeks I wasn’t driving it very good, but my iron play was pretty sharp and my putting was pretty good. So I was just thinking if I can get my driver somewhere in play I could actually score better,” Kang said.

“We figured something out on Tuesday and started driving it a lot better and I drove it quite better than the last few weeks. Everything just worked out great and making three on the last hole definitely helped a lot.”

Kang made a rare video study of his swing to make the key adjustment.

“We worked on a little bit of swing technique stuff. I don’t normally look at my swing with a video too much. I don’t like to do it. But we started looking at it probably a couple of weeks ago, started fixing one thing probably every week.

“We fixed a couple things last week and then it was still sometimes not there, so we try to fix something else and it helped out.”

The Open: What can you remember from Francesco Molinari’s win?