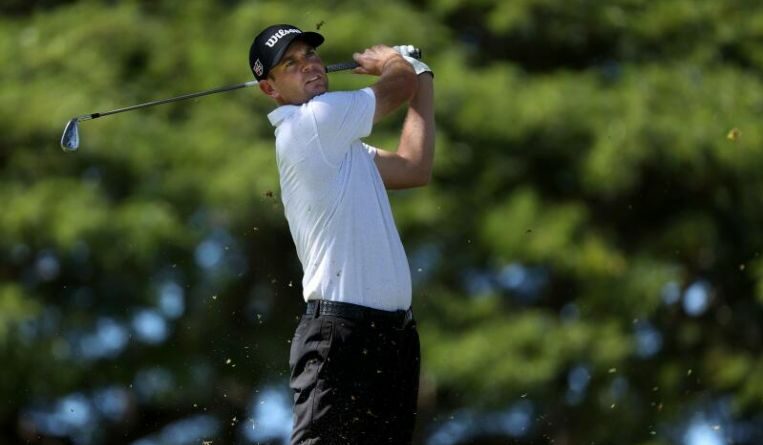 (REUTERS) – Brendan Steele and Kevin Na fired matching nine-under 61s on Saturday (Jan 16) to vault to the top of the leaderboard after the third round of the Sony Open in Hawaii.

After a birdie on the first hole, the 37-year-old claimed eight more over his final 13 holes, including four in six holes linking his front nine to back nine, to take a two-stroke lead over Na and Joaquin Niemann (63) heading into the final round.

“The first practice round we played was on the back nine and I was remembering some shots, some good and some bad, kind of kicking myself a little bit,”Steele, who sits at 18-under 192, said after the round.

“You hope that you come back and you play well and erase whatever negative memories there are, but all the memories are pretty positive.”

It is the second straight year Steele has held the 54-hole lead at Waialae Country Club in Honolulu.

“Playing great here last year was good, and I’m excited for the challenge (Sunday). I’m swinging really well and my course management is very good. The putts are really feeling good even if they don’t go in. I’m very happy all the way around,” he said.

Fellow American Na made the biggest jump, moving from 17th place into a tie for second at 16 under for the event.

An eagle on No. 9 set up a run on the back nine that included birdies on Nos. 11 to 14, before finishing with a birdie on the last as well.

He is tied with Niemann, who fired a 63. The Chilean finished with five birdies, back-to-back on the fourth and fifth holes, and then birdie-eagle to finish his round.

From a group that began the day tied for second, Stewart Cink, Russell Henley, and Chris Kirk remained together as part of a five-way tie for fourth at 15 under by shooting 65s.

Henley’s round included an eagle, four birdies and a bogey; Kirk had bogeys on two of his final four holes; and Cink had a bogey on his first hole but had six birdies, including three on his last five holes.

Joining them were Peter Malnati and Charley Hoffman, who were tied for seventh to begin the day. Malnati recorded seven birdies and a bogey, and Hoffman carded an eagle on No. 9 to go with four birdies to shoot 64s.

“If it’s soft, you can be more aggressive out here,” said Hoffman. “Obviously the wind is the protector on this golf course. If the wind is blowing, par is a pretty good score. If it’s just raining and soft, I expect a lot of birdies.

“I don’t think the forecast is for too much wind, so I expect guys to still keep making birdies out here, and you’ve got to go low tomorrow and keep it going.”

Nick Taylor of Canada, who began Saturday with a two-shot lead, went two under for the day. He scored four birdies but had bogeys on Nos. 13 and 16 to sit in a four-way tie for ninth.

The PGA Tour announced on Saturday that due to a forecast of heavy showers for Sunday and an unfavourable forecast for Monday as well, tee times for the final round have been moved up by two hours.

Defending champion Cameron Smith of Australia shot a 68, leaving him at nine under overall and tied for 39th.

Malnati and Niemann shared the first-round lead with Jason Kokrak, who is also tied for 23rd after a 66 on Saturday.