World number one Jon Rahm told of his frustration at missing the 2020 Tokyo Olympic golf after the Spaniard tested positive the day before he was due to travel to Japan forcing him to withdraw from the event. All Olympians were required to go through vigorous coronavirus testing before heading to the games, with three negative tests required before making the trip to Tokyo.

Rahm found himself in the rare situation of providing two negative results from his first two tests, before providing a positive result in his third and final test, stopping the US Open champion from competing.

Speaking about his test frustrations, Rahm said: “For people who don’t know, I needed three negative tests,” he said. “Thursday, negative. Friday, negative. Saturday, positive. I did a second one to make sure it wasn’t a false positive.”

The six-time PGA Tour winner then explained he took a saliva, a PCR and an antibody test the day after, and his saliva and PCR test returned a negative result, however the antibody results showed he did have Covid-19 antibodies.

As a result, the time frame remaining meant the world number one would be unable to provide three straight negative tests ahead of the start of play at Kasumigaseki Country Club, ending his Olympic dream for this Games at least.

Expressing his disappointment, Rahm said: “Clearly, I don’t have it. But the dream of being an Olympian is going to have to wait three more years. That’s really upsetting in a sense.”

Following his testing confusion Rahm added: “I haven’t had two experts tell me the same thing.”

One man who believes he can provide an answer for the frustrated Spaniard is the PGA Tour senior vice president, Andy Levinson who has overseen the Tour’s coronavirus protocol.

Levinson said: “Each day you have less remnant viral particles in your body. If someone is taking a swab, it could be negative, and another day they could catch particles. It’s conceivable his positive result was related to that, particularly in a subsequent test.”

This is not Rahm’s first dramatic encounter with Covid-19 testing, as the US Open champion was told he had tested positive for the virus live on TV following his third round in last month’s Memorial tournament, resulting in him being required to withdraw from the event after leading with one round to play.

Despite his frustrations, the Spaniard has put aside his disappointment of missing out on becoming an Olympian, explaining his family is his priority ahead of his golf game.

Rahm said: “In the grand scheme of things, I didn’t get to play two big events. Golf is secondary. My wife, my son, my family are what’s important. 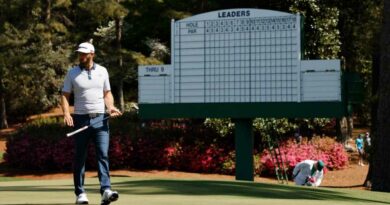 What channel is the Masters on today? TV coverage, live streams for Thursday’s Round 1 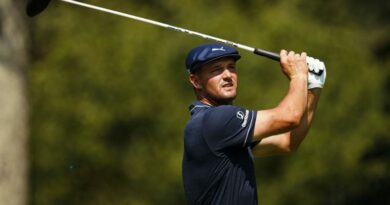