‘I must inform you that you have started a losing streak’: Jon Rahm shuts down rumors linking him to the rebel LIV Golf series as he jokes the claim has boosted his PIP standings

Jon Rahm swiftly shut down rumors linking him to the rebel LIV Series as he joked the claims could boost his Player Impact Program (PIP) standings.

A Twitter account called ‘LIV Golf Insider’ claimed that a source had allegedly informed it that the Spaniard was the next high-profile name to defect to the Saudi-backed series from the PGA Tour.

The account took to Twitter to make the claim as it posted: ‘My #LIVGolf source just confirmed with me John Rahm to LIV INV is indeed a GO.’ 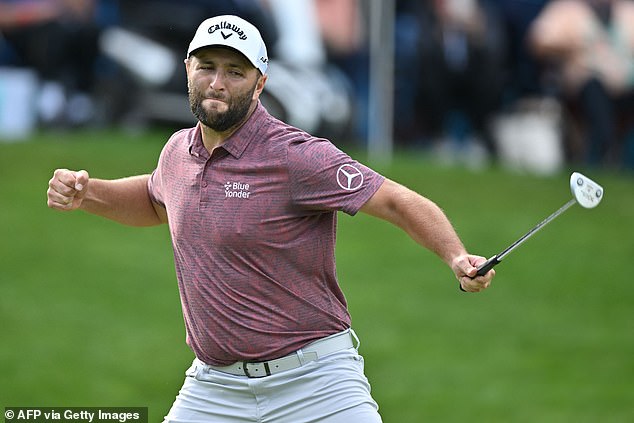 The account also claimed that it had not been incorrect with previous calls predicting the next professionals to jump ship.

‘I’ve never been wrong about a LIV signing,’ it added. ‘Just look at my track record. PGA Tour is on the ropes.’

However, 2021 US Open champion Rahm hit back at the claims, insisting the account had started a ‘losing streak’.

The 27-year-old, who finished tied second at the BMW PGA Championship last week, also joked that the social media frenzy the rumor triggered would stand him in good stead for the PIP.

‘I must inform you that you have started a losing streak because you and your source are wrong,’ he tweeted. ‘I want to thank you for the lift in the PIP.’

The Player Impact Program, which was introduced by the PGA Tour in January 2021, rewards professionals based on their social media popularity. 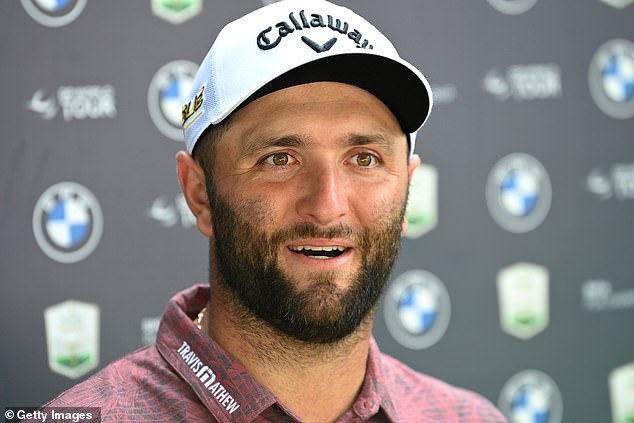 The PGA Tour announced the bonus pool for the PIP has been doubled to $100million as part of the change introduced by commissioner Jay Monahan in response to the threat from LIV Golf.

Alleged social media sources must be taken with a pinch of salt and Rahm’s defection would have been farfetched.

However, some believed Rahm was beginning to change his tune towards LIV Golf as he appeared to be unhappy with the 20-event requirement players, especially Europeans, will have to abide by under new PGA Tour guidelines.

The Player Impact Program is designed to reward players’ performance off the course.

The Impact Scores will be generated based on a player’s:

• MVP Index: A measure of a player’s reach on social media

• Nielsen score: How often a player is featured on the television broadcast

• Q-Score: A decades-old measure of an entity’s familiarity and appeal

‘If we have to play all those 20, then yeah, a hundred percent [it’s asking more of Europeans],’ he said at the Tour Championship last month.

‘I wouldn’t be surprised if that changes, because that puts me in a difficult position having to play – if I go play in Europe in the fall like I’m going to, I have to play from January until August 20 times. I think this is my 17th from January and I don’t think I could add any more.

‘So yeah, especially with Ryder Cup and having to play four in Europe, yeah, I think it’s a bit of an ask, and I wouldn’t be surprised if they revise a bit of a rule or make an exception for some players. But if they do it for players like me and Rory, they might have to do it for everybody.’ 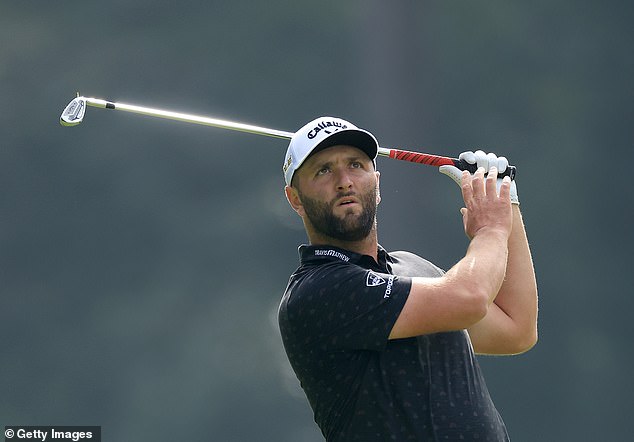 Rahm then suggested that the power within the tour is held by Rory McIlroy and Tiger Woods.

‘You’re asking the wrong guy [on whether there will be changes]. If you want to know about that stuff, you know who of the two players you have to ask,’ he said.

But Rahm has always been critical of LIV Golf’s tournament format and the former World No. 1 has been a supporter of the PGA Tour and the traditional 72-hole format, being among those to attend the crucial players-only meeting last month.

‘To be honest, part of the format is not really appealing to me,’ he said on LIV. ‘Shotgun three days to me is not a golf tournament, no cut. It’s that simple.

‘I want to play against the best in the world in a format that’s been going on for hundreds of years. That’s what I want to see.’ 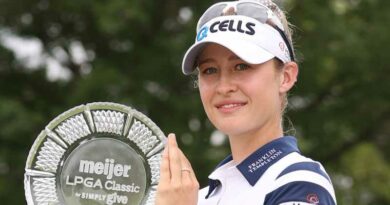 Tiger plans out 2019 after second-to-last finish