Justin Harding fired a stunning 64 to reel in halfway-leader Kurt Kitayama and earn a share of the third-round lead at the AfrAsia Bank Mauritius Open.

Harding was six strokes off the lead overnight, but he put together the round of the day as he made eight birdies and kept a bogey off his card to climb to 16 under alongside Kitayama, who compiled a steady 70.

South African Harding, who has won four titles this year across the Asian and Sunshine Tours, got off to a hot start with three consecutive birdies from the second, and he picked up further shots at the sixth and eighth to race to the turn in 31.

Further birdies at 11 and 13 lifted Harding to within a shot of the leader, and he closed with a good four at the par-five 18th to match the best round of the tournament. 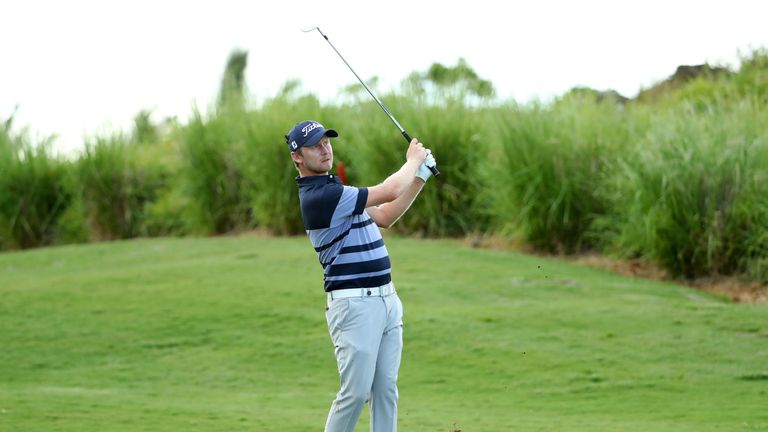 “I never really like to think about things as I walk down the holes but I really felt like I played pretty well today,” said Harding, who landed his fourth win of 2018 with a commanding six-stroke victory at the Royal Cup in Thailand in July.

“I had good control, especially in the first 10, 13 holes, and I kind of felt like I could birdie every hole out there. I managed my game well, hit it to 20 feet where I could and see if I could make a putt.

“I enjoy being up there. Its good, and I have a pretty good attitude in terms of holding leads. I kind of like the guys coming at me rather than having to chase. I sometimes get in my own way when I’m chasing, so, I’m looking forward to it.”

Kitayama, who opened the event with a pair of 65s, looked capable of opening up a big lead when he birdied two of the first four holes before he lost fluency and was forced to “grind it out” for the remainder of his round.

He followed a run of seven pars with his first bogey of the week at the 12th, although he hit back with a birdie at the next before parring safely home to stay tied at the top of the leaderboard.

Harding and Kitayama are three strokes clear of a chasing pack led by Seenappa Chikkarangappa, Matthieu Pavon and Masahiro Kawamura, while Gavin Moynihan is five shots off the pace after a 71 – the Irishman completing 54 holes with just three bogeys on his card, all at the par-three eighth. 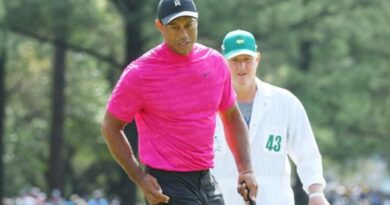