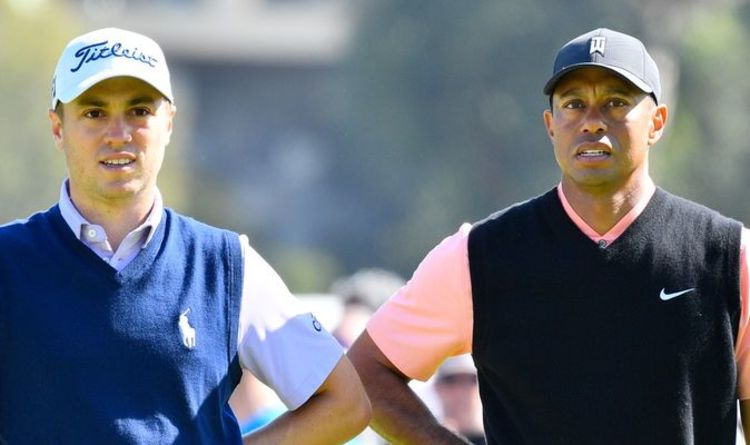 American Ryder Cup star Justin Thomas has given a fresh update on Tiger Woods as the 15-time major champion continues to recover from injuries sustained in a car crash earlier this year.

Woods has not featured on the PGA Tour since the 2020 Masters in November last year, with his last public appearance coming in February when hosting the Genesis Invitational in Los Angeles.

One day after his non-playing duties at the Riviera Country Club the 45-year-old was involved in a horror car accident, where he suffered severe injuries that included ‘open fractures affecting the upper and lower of the tibia and fibula bones’.

The 2019 Masters champion therefore required extensive surgery on his injured right leg, which he has since been recovering and rehabilitating from.

This left huge question marks on the 82-time PGA Tour winner’s career, as to whether he would ever be seen competing professionally in the sport he revolutionised across two decades, however close friend Thomas has given golf fans a glimmer of home.

Discussing Woods’ possible return with No Laying Up, Thomas said: “I know how determined he is and I know he is going to at least try and give something again. I mean, obviously I hope he does.”

The former Ryder Cup teammates have developed a strong relationship on and off the course, as the pair both live in the same area in Jupiter, Florida.

Thomas also told the podcast he meets with Woods ‘two or three times a week’ when back home, and revealed even after the accident Woods has kept his renowned sarcastic humour.

Thomas commented: “He’s doing well especially all things considered. Every day is exactly the same for him.

“He’s able to be a dad again which is most important, y’know, he’s still his sarcastic a**hole self so nothing’s really changed there, so I’m glad to see he’s as chipper as always.”

Whilst the 2021 Players champion is tipping the 15-time major to make a remarkable return to the golf course, he does believe Woods will only head back out on Tour if he is able to compete at the highest level.

The 28-year-old added: “I know that he’s gonna try. I don’t see him ever playing if he can’t play well.

“He doesn’t strike me as a guy that’s like, y’know, he’s played at home shooting a bunch of 75s and 76s and he’s like, ‘alright, I’m gonna go give Augusta a try this year’, that’s just not gonna be him.”

As well as getting himself back into the professional golf scene, Thomas also revealed that a key aim of the 45-year-old is to enjoy more time with his son Charlie and daughter Samantha.

“Like I said after the accident, as long as he can be a dad and be normal with that again that’s the number one priority and the rest is a bonus,” added Thomas

“Even if it’s something like when he’s feeling good again he just goes and rides around with Charlie at the father/son.

“He wants to be a dad and enjoy those moments with him and hopefully watch him potentially be playing and go watch Sam in her soccer tournaments.” 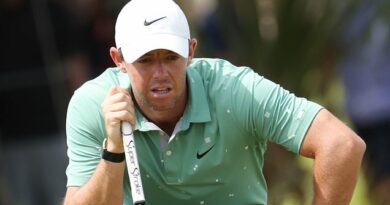 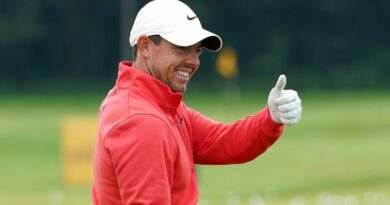