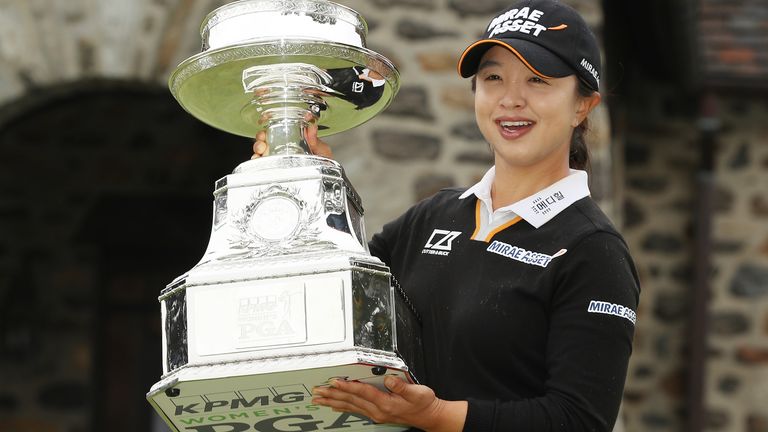 South Korea’s Sei Young Kim produced a flawless final round to win her maiden major with a commanding five-stroke victory at the KPMG Women’s PGA Championship.

Kim surged away from the field with birdies at four of her final six holes at Aronimink to card a round-of-the-week seven-under 63 to finish at 14 under par and clinch her 11th LPGA victory in the penultimate major of 2020.

Seven-time major winner and compatriot Inbee Park briefly mounted a challenge midway through Sunday’s final round with her closing 65 to finish second, but Kim excelled in a scintillating back nine to seal victory.

It is the first title of the season for Kim, whose last success was in the CME Group Tour Championship almost 12 months ago. 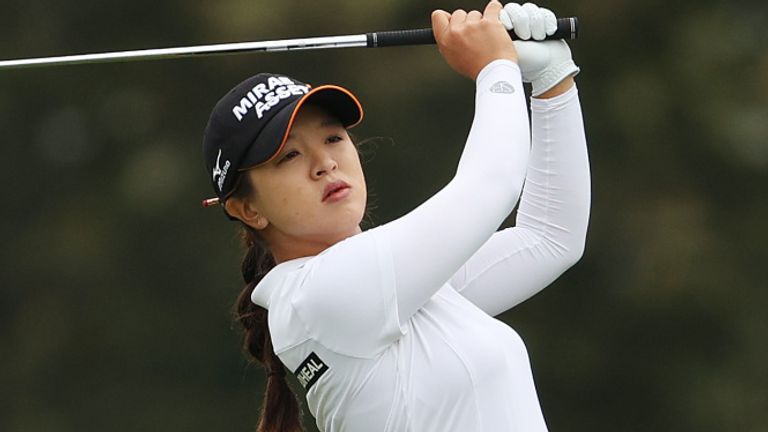 Spain’s Carlota Ciganda shot a 65 to finish in a share of third place at seven under alongside Japan’s Nasa Hataoka, who posted an eagle at the first in a blemish-free 64.

Kim, 27, began the final round two shots clear of former champions Anna Nordqvist and Brooke Henderson, and after a fine save for par at the second, birdied three of the next seven holes to hit the turn at 10 under.

Park, who started the day three shots behind Kim, began with a birdie at the first before she made further birdies at the fifth and seventh to initially narrow the deficit.

The 2016 Olympic champion carded two further birdies on her back nine at the 12th and 17th, but despite not making any bogeys was unable to ever threaten her fellow South Korean.

Kim was undeterred and continued her fine showing to come home with back-to-back birdies at the 13th and 14th, which gave her a four-shot lead over Park.

She then birdied the par-five 16th and par-three 17th before narrowly missing out on an eighth birdie of the day on the final green.

England’s Charley Hull finished in a tie for seventh place at one under after a second successive one-under 69, while Jodi Ewart Shadoff withdrew ahead of the final round due to injury.

Melissa Reid and Georgia Hall, who have both won on the LPGA Tour in recent weeks, finished at five over and 11 over after rounds of 70 and 73 respectively.

The US Women’s Open – the final major of the year – is set to take place at Champions Golf Club in Houston from December 10-14.

What a Tiger vs. Jack showdown at the Masters would look like

In the swing: Woods may play four matches at Presidents Cup