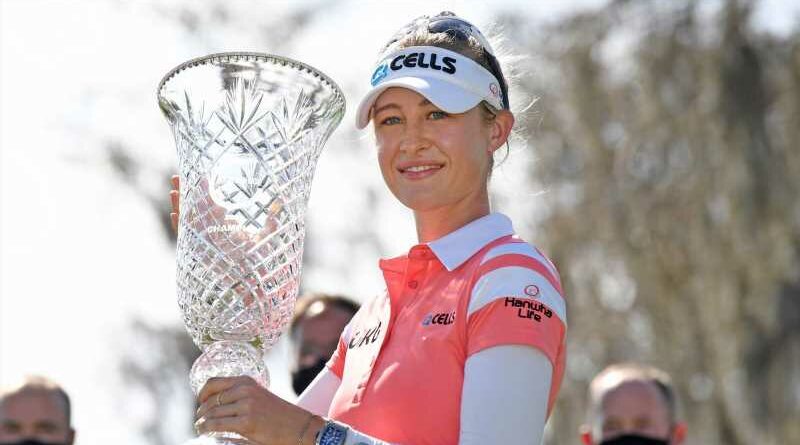 Nelly Korda enjoyed her first victory on home soil as she claimed the Gainbridge LPGA title by three shots despite a “stressful” final round in Florida.

The win was the second in as many events for the Korda family on the LPGA Tour this year, with older sister Jessica having clinched the season-opening Diamond Resorts Tournament of Champions five weeks ago.

While the 22-year-old celebrated her fourth LPGA success, Annika Sorenstam was unable to avoid propping up the field over the weekend, closing with a 76 to finish on 13 over par in her first professional tournament for 13 years.

At the right end of the leaderboard, Korda slept on a one-shot lead overnight that she extended to a comfortable margin with three birdies over the first six holes as playing-partner Patty Tavatanakit struggled to stay in contention. 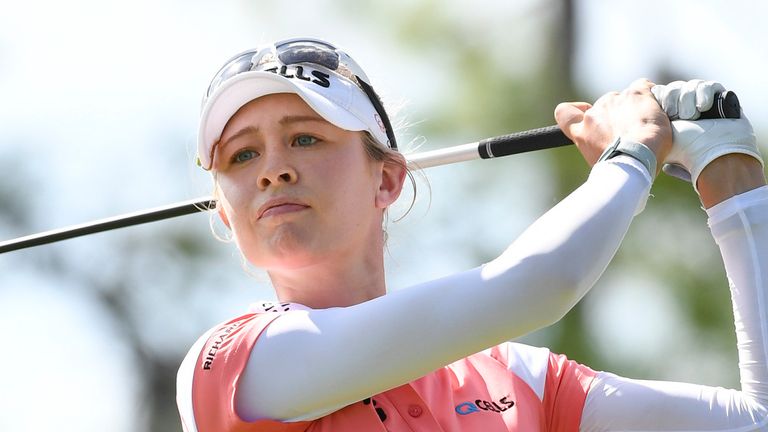 Korda reached the turn with a five-shot advantage over the field, with Lexi Thompson emerging as her biggest threat when she eagled the 11th to get to 13 under par.

But Thompson then bogeyed the 12th to hand back a little more breathing room for Korda, who was having to work harder than she wanted to keep a clean card and avoid slipping back towards the chasing pack.

Korda made a series of clutch par-saves in the knowledge that par golf would likely be enough to see her across the line, and she capped the victory with her 12th consecutive par at the last.

Her three-under 69 was enough to earn a convincing win over Thompson (68) and Lydia Ko, who surged into a share of second place with four birdies in a row on the back nine en route to a 69. 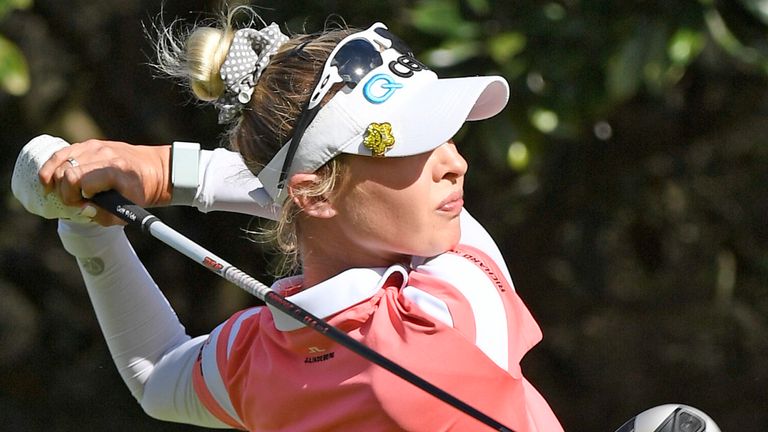 But the manner and margin of Korda’s victory was deceptive, as she revealed in an emotional post-tournament interview.

“Honestly I did not play very good golf today, and I just stayed really solid,” she said. “Honestly, I don’t even know what I did. It was definitely very stressful.

“I’m just so happy. I can’t wait to put my feet up and relax for like 24 hours before go time again next week. I’ve had an amazing week and I made some clutch putts when I needed to and pulled it off, so that was nice. “He kept me calm and is someone I can vent to. He even said, ‘If you need to snap on someone, snap on me’. So sometimes it’s really good to get it out. He’s such a great team player. I owe a lot of my success to him.”

While Korda was gearing herself up for the various challenges yet to come on the LPGA Tour, Sorenstam was looking forward to returning home to catch up with a few chores before preparing for the US Senior Women’s Open.

“I feel like I need two weeks of rest,” said the Swede, who confirmed this week’s start would be a one-off. “It’s been a lot work, a lot of golf. Kidding aside it’s been great, but I’m going to take a little bit of time off, get back into normal life and clean up the house a little bit and get back to laundry and all the things that need to be done.

“I’m going to try and play something somewhere. I’m going to continue to practice, and I’m going to set up some games with some of the local LPGA players and really try to do my best and go out and really focus and do that.