The third round of The Masters has been suspended due to ‘dangerous weather’ in the area. At the start of the week, there was initially some concern that Saturday would be the day when thunderstorms hit Augusta and disrupt play.

But as the early-morning pairings teed off for the third round, it looked as though any adverse weather warnings had passed.

But almost out of the blue, the klaxon was blown to suspend play in the third round.

Wind was picking up on the golf course and it soon became clear that a storm was heading directly for Augusta National.

Justin Rose was on the green on the seventh hole when he was approached by a course official to inform the Englishman that play would be suspended. 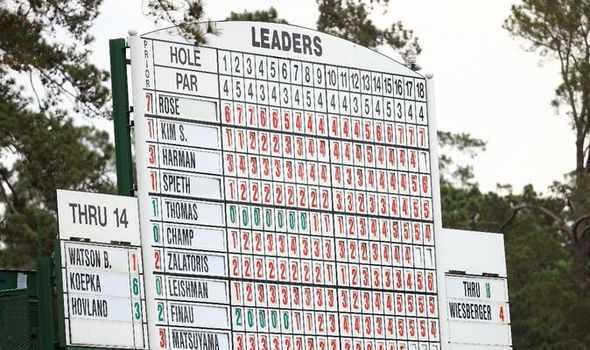 The 40-year-old continues to hold the lead at The Masters following his incredible opening round of seven-under par.

He failed to improve upon his score on Friday, but still kept the chasing pack at bay heading into Saturday.

But the leaderboard is tightly packed with plenty more action to come on Saturday when play does eventually resume.

When will The Masters resume?

But the players will also be keen to get their third round finished before daylight gets too low.

Rose and Will Zalatoris are in the final pairing, meaning they will face a race against time to get their round finished.

The delay is expected to be no more than an hour from the moment it was suspended at 3:57pm EDT. 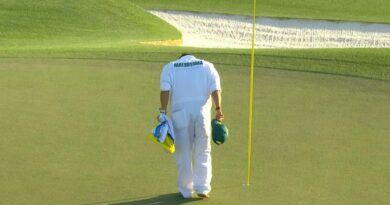 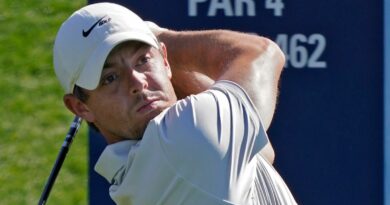 The Players: Rory McIlroy puts two balls in the water at 18 and slumps to seven over after just nine holes

PGA Championship CUT LINE: What is the projected cut and how many players will make it?