The Londoner got a close up view of the world No.1 when they were paired together at the US Open.

And after recovering from a poor start, the four-time European Tour winner finished with an eagle to feel he belongs in the same company as the four-time Major winner.

“I saw first-hand in the third round and I just thought this guy is at the top of his game,” said the world No.24.

“I was seriously impressed. Did I come off the golf course thinking I could beat him? Yeah I did. I’d like to go toe-to-toe with him at a major or a Ryder Cup where I feel like I could win.

“He’s such a good and his attitude is brilliant on the golf course – it’s something I aspire to be.

“I think he’s taken that step a little earlier than I have. I feel that I’m ready to win a major championship. Will it be this year? Who knows? But I do see myself winning a major within hopefully the next few years.”

The closest the uber-confident Wallace has come so far is his tied third finish in May’s US PGA.

“It’s one of my biggest highlights in my career so far because people wrote me off that I couldn’t do it in the big tournaments and it was nice to prove them wrong and it’s just like with my attitude,” he said. 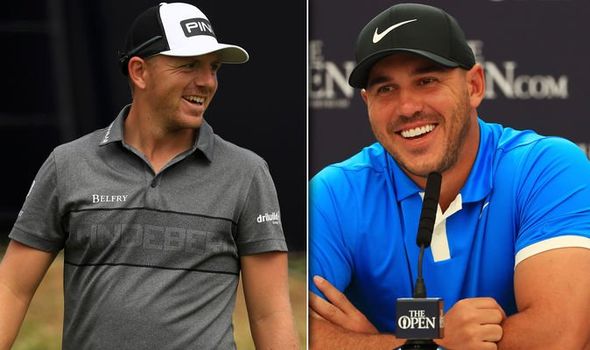 “I’m looking forward to showing people who I really am, I’m actually quite a nice guy but I’m fiery and feisty and I want to win and have that passion. I’m going to show people that I can control it.

“I nearly shed a tear at the end when I gave my girlfriend a hug because I was so proud of how I reacted out there because I had been given a bit of stick for Hillside but that was close to Matt Wallace golf without winning, having that feistiness, that character of bringing it back at a Major.”

Wallace angrily slammed his putter into the green in frustration at the British Masters – and then abused his caddie Dave McNeilly after finding water twice on the final hole at the BMW International Open.

It has led to the pair deploying a new system where the player removes his glove as a signal to not discuss the last shot. 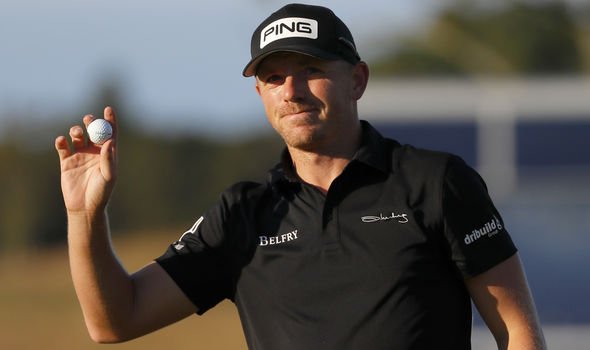 “Matt Wallace golf is the fiery character that never gives in, but with the passion and control of someone that people can be proud of, especially my family,” he explained.

“The good thing is I’m playing some nice stuff at the moment and the area that I can most improve on is my attitude and my emotions on the golf course and I am excited to start that journey now.”

Ulsterman McNeilly will be a huge asset at Royal Portrush – and Wallace has also played a practice round with Darren Clarke.

“What a golf course it is. Darren in his own ‘gentle’ way was often saying ‘Don’t go left, don’t go right, done be long and don’t be short!’

“It’s classic Clarkie but he’s right. You have to flush it, you have to be straight and have seriously got to be on point. It’s going to be tough. It’s going to be an amazing tournament and I’m looking forward to another Open Championship and hopefully I can give the crowd something to cheer about with Dave on the bag.”

Danny Willett proud of performance after first win since 2016 Masters

What Thomas Partey thinks about Arsenal transfer after Atletico Madrid request
We and our partners use cookies on this site to improve our service, perform analytics, personalize advertising, measure advertising performance, and remember website preferences.Ok