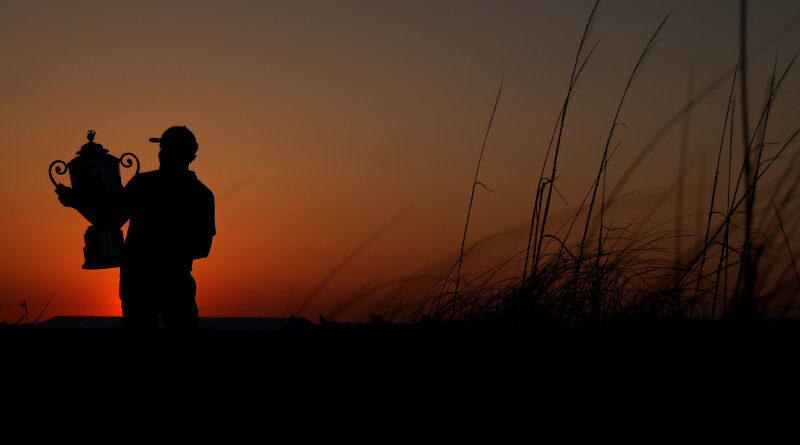 Phil Mickelson’s win in the PGA Championship has a significance that transcends golf and even sport. A 50-year-old defeating the world’s best in any athletic pursuit extends the boundaries of human possibility. What else is sport for, if not this?

You didn’t have to be an oldster yourself to recognise Mickelson’s achievement, but if you were, you might have wanted him to win as much as a sports fan can want anything. If we could only extend the boundaries of our own thinking, Mickelson could have delivered such inspiration without needing to actually win. 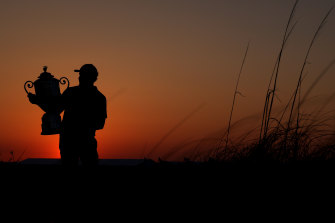 It’s a heretical thought, that winning is not necessary to validate an achievement, but the context explains the magnitude of Mickelson did (and would still have done, had he not won). Mickelson is four years older than Jack Nicklaus, as ancient as Methuselah, was when he hobbled over the top of Greg Norman to win the Masters in 1986. Mickelson is seven years older than a scarred, beaten and balding Tiger Woods was when he won his extraordinary comeback Masters in 2019.

Mickelson went head-to-head with Brooks Koepka, the best player of our time, built like a footballer with the touch of a jeweller. Mickelson, who was playing pro golf before Koepka was born, left the 31-year-old complaining about his bad knees and bad luck like an old grouch.

Mickelson did all this on Kiawah Island Ocean Course, rated America’s hardest, certainly one of its most interesting, a course designed to eat Mickelson alive. On every shot, monsters lurked, particularly for a wild hitter, prone to go completely off the rails, such as Mickelson. The final two days were such riveting theatre because right until his 9-iron to the last green (after a sprayed drive) you always thought a Mickelson disaster was coming.

He didn’t do it with a senior player’s supposed guile and wisdom. He did it playing a young man’s game, with length and daredevilry. The longest drive of the week wasn’t struck by the modern Goliaths such as Bryson DeChambeau, Koepka or Dustin Johnson, but by the 50-year-old lefty swinging himself off his feet on the tournament’s 70th hole. 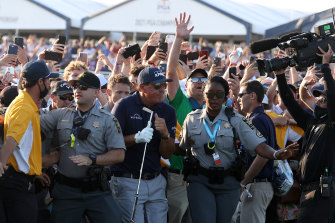 Phil Mickelson is assisted by security as he is followed up the 18th fairway by a gallery of fans after hitting his approach shot during the final round.Credit:Getty

Mickelson also did it with his short game wizardry. This is his stock in trade, or it used to be. The short game is, even more than the long, the special preserve of the young.

Many of the greats have had one last run at a major in their golfing old age. Bernhard Langer nearly won the Masters at 56 and 58. Most famously, Tom Watson only needed a par at the final hole to win the British Open at the age of 59, but instead made a bogey, tied for first and lost the play-off. In these and other cases, it’s not the oldies’ length that betrays them but their nerve in chipping and putting. The most thrilling thing about Mickelson’s golf was that he mastered the real foes of the older person: anxiety, fear and the voices in the head.

With a conspicuous routine of meditation, eyeballing his golf ball until he had put it to sleep, and moving in slow motion, Mickelson let his weaknesses show. He almost made a feature of them. It was enjoyable from every perspective except that of Koepka and if you imagined playing behind him. (Please don’t let slow-motion walking and deep meditation over every shot become a fad for club golfers.)

Did Mickelson need to win to deliver such inspiration? We are so conditioned to exalting winners that there often only seems this one mode of validation. Winning was not, however, a necessary outcome of Mickelson’s endeavour. Someone earlier in the field could have come through and shot a winning score. Koepka or Louis Oosthuizen needed only to swap their luck for Mickelson’s on the day. There were so many factors beyond the players’ control – wind shifts, sketchy lies, greens that caused the ball to wobble drunkenly as it lost pace – that any conclusion that Mickelson controlled the outcome as wilfully as he controlled his breathing is an illusion. He was humble enough to know that it could just as easily have been the other guy as him.

As inspiring as it can be, sport’s emphasis on winners limits its capacity to inspire.

Watson, whose performance at Turnberry as a 59-year-old must rank in the top five athletic feats of all time, was tormented by a feeling of failure, and said losing ‘tore [his] guts out’.
Instead, what he did should be celebrated forever.

I was hoping Mickelson would win, but really, he inspires by continuing to compete. Over recent years, every sign was telling this man to give up. His wildness off the tee and his putting disasters were sometimes the type of thing that would embarrass you if you did them in a social round. Yet he was beyond embarrassment, in the grip of some kind of workaholic mania.

How to explain this? With five majors, clearly the second-best player of his generation, with no hope of either overtaking Tiger or being overtaken by his contemporaries, Mickelson had nothing left to prove. To us, that is. Clearly he still had something to prove to himself. Clearly five majors did not leave him feeling complete.

Before his death in 1994, Ayrton Senna said that three world championships did not fill the hole he felt inside, but he hoped to win an unspecified future number to see if they could make him happy. Such obsessive and compulsive pursuit might be seen as a sickness, but the courage, talent and endeavour elevate it from a pathology into a kind of heroism.

Mickelson’s winning is not a realistic model for happiness, and happiness may not come from the win. We, and he, should be extolling his play at Kiawah forever, but the news cycle turns swiftly and so does the professional circuit. Mickelson is playing again this weekend, still searching for something more.

The inspiring thing is not the winning but the forging ahead, battling against time to keep sucking the juice out of this short life. That is relevant to every one of us. Mickelson is almost as inspiring as the 81-year-old at your local club who keeps breaking their age. Or the 94-year-old who plays twice a week and would need to live to 120 before they broke their age.

The Mickelson performance, a story about raging against the dying of the light, is universal. His winning puts it in the spotlight and perhaps directs more of us to think about it. But he’s not great because he won; he won because he’s great. 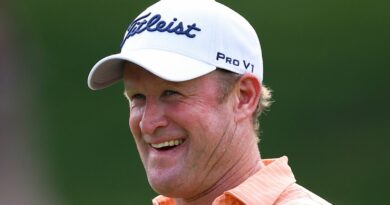 Dustin Johnson made $18.7 million in one month’s work, but there are bigger prizes in the not-so-distant future

The Open: Martin Slumbers has ‘no regrets’ over R&A’s cancellation