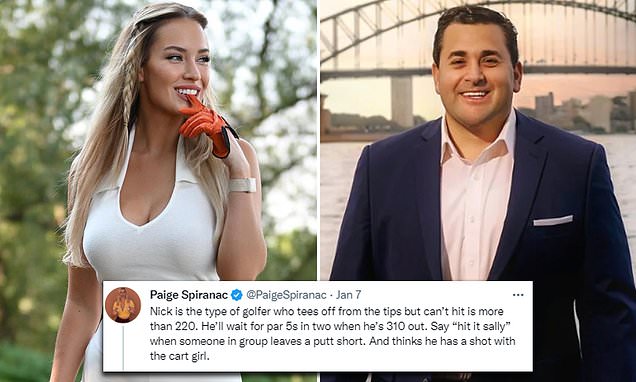 ‘Listen to Mommy Milkers and go to your room’: Golf’s glamour girl Paige Spiranac feuds with ‘alpha male’ Nick Adams after he calls for ‘slow female golfers’ to stop ‘clogging up championship courses’

Adams, a highly popular conservative figure, complained about ‘slow female golfers’ on Saturday, which caught the ire of Spiranac.

‘Can’t there be a par 3 course set aside for the slow female golfers so they don’t clog up the championship courses on the weekends?’ Adams wrote on Twitter. 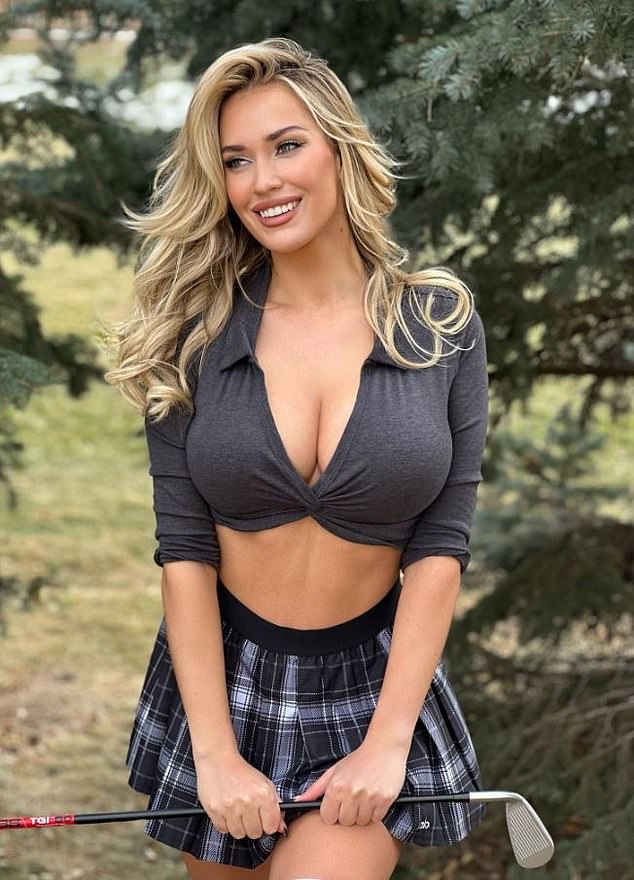 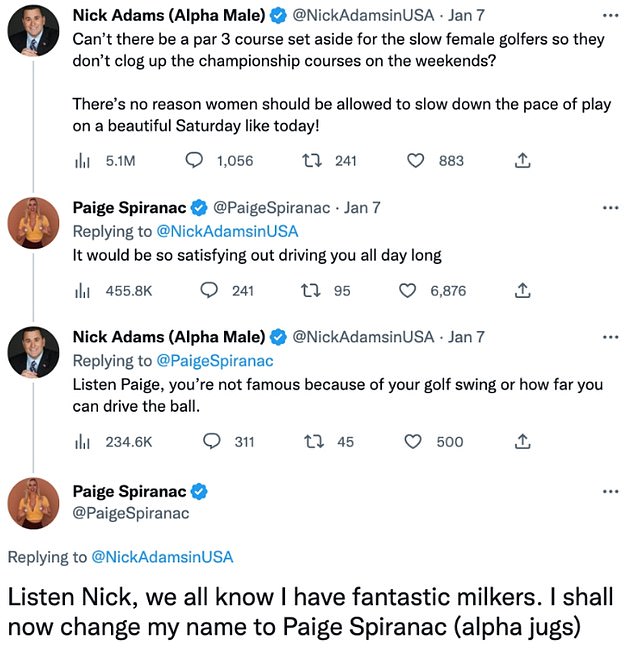 ‘There’s no reason women should be allowed to slow down the pace of play on a beautiful Saturday like today!’

Spiranac replied: ‘It would be so satisfying out driving you all day long.’ Adams bit back at the social media sensation, suggesting her widespread reach had less to do with her on-course ability.

‘Listen Paige, you’re not famous because of your golf swing or how far you can drive the ball,’ he responded. 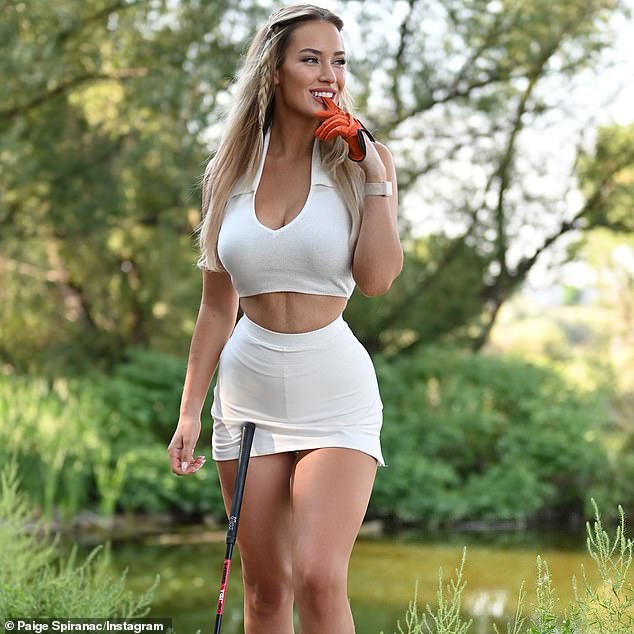 Spiranac kept the spat going, with a self-deprecating barb about her ‘fantastic milkers’ 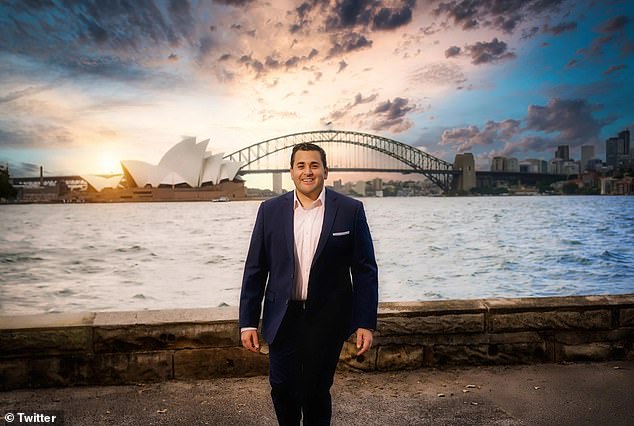 Author Adams, a self-described ‘alpha male’ got into it on Twitter with the golf influencer

Spiranac kept the spat going, with a self-deprecating barb: ‘Listen, Nick we all know I have fantastic milkers. I shall now change my name to Paige Spiranac (alpha jugs),’ mocking Adams’s Twitter title.

Before adding a patronizing jab: ‘Little Nicky listen to Mommy Milkers and go to your room. You’re embarrassing yourself.’

She also quoted tweeted Adams’s initial, polarizing question saying ‘Nick is the type of golfer who tees off from the tips but can’t hit [it] more than 220.

‘He’ll wait for par 5s in two when he’s 310 out. Say “hit it sally” when someone in group leaves a putt short. And thinks he has a shot with the cart girl.’ 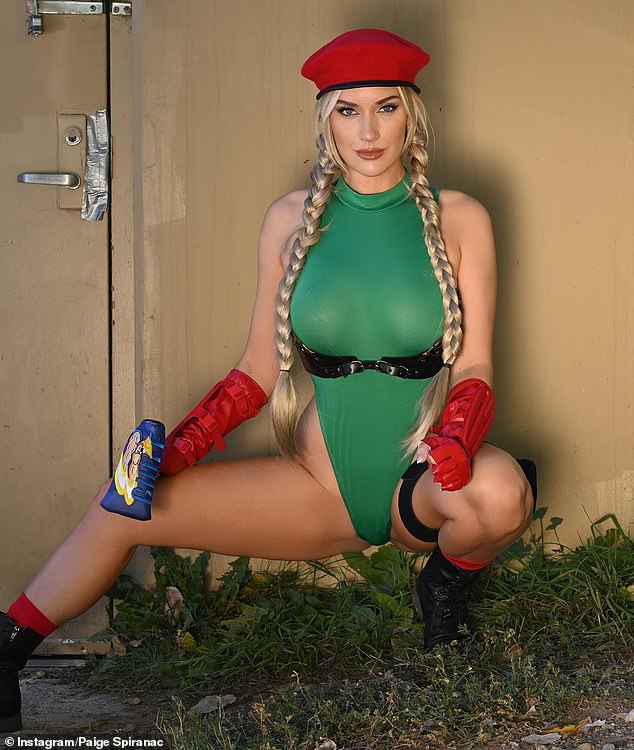 Spiranac has also had her own fun as the feud died out, tweeting ‘Social media is all fun and games until years later when my future children come home to ask me why men on the internet call me Alpha Jugs lol.’ 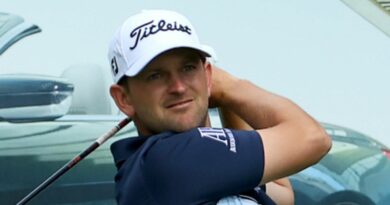 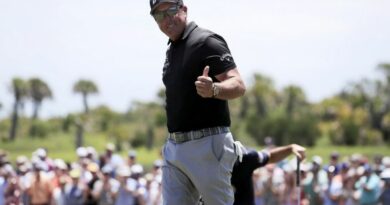