Home » Golf » Palmetto Championship: Dustin Johnson one off the lead after opening 65 at Congaree 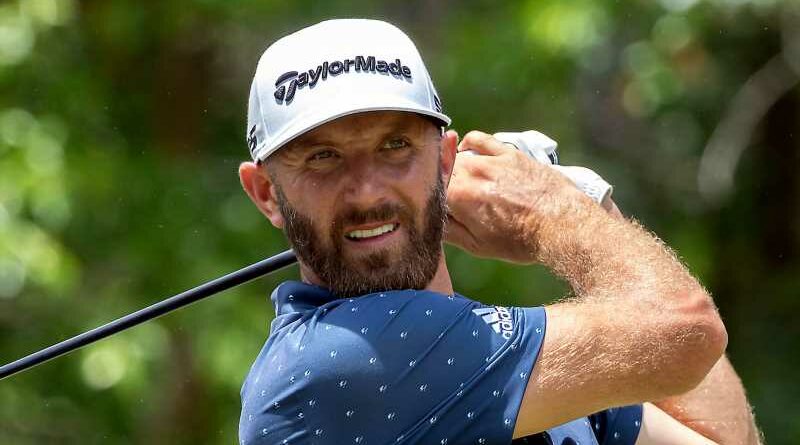 Dustin Johnson put on a show for his home fans in South Carolina as he made a superb start to the inaugural Palmetto Championship at Congaree.

Johnson’s long game was in fine order in his first start since missing the halfway cut at the PGA Championship, although some inconsistency with the putter prevented him from going lower than 65 – six under par.

That left him a shot behind Wes Roach, who was the lone player to shoot a 64 as he stormed to the turn in 30, including a hole-out from 105 yards for a thrilling eagle at the fifth, and a steady back-nine earned him the outright lead.

Johnson has managed to retain his world No 1 status despite missing the cut at both majors this year, but he gave himself the ideal platform to extend his lead in the rankings with a solid six-birdie opener despite not making birdie at the three par-fives. He convert five of his birdie chances from inside 10 feet, but he saved the best for last when he pulled his approach to the ninth long and left of the green before pitching in for an unlikely three that gave him a share of the clubhouse lead at the time.

“I had good looks on all three of the par-fives, so I put the ball in the right spot, just didn’t make any of the putts,” he said. “But all in all it was a really solid day and I’m definitely pleased with the round.

“I’m playing well, I feel like I’ve been playing pretty good all year, it’s just that I haven’t putted well and my short game has been a little off. But today I missed it in the right spots when I did miss it, but hit a lot of real quality iron shots and gave myself a lot of looks.

“It’s been a lot of fun. Obviously I get a lot of support here in South Carolina, being I’m a South Carolina native, and it’s been great. Hopefully I can keep it rolling for the rest of this week.”

Johnson’s round matched the earlier score of Doc Redman, and they share second place with Chesson Hadley and South African Erik Van Rooyen, who got to seven under with four holes to play before he dropped his only shot of the day at the sixth.

Tommy Fleetwood holed a 25-footer for birdie at his final hole to cap an encouraging 68, with an in-form Ian Poulter also closing on three under when he birdied three of the last four holes, converting from inside three feet at 15 and 16, while also knocked his approach in close at the 18th. 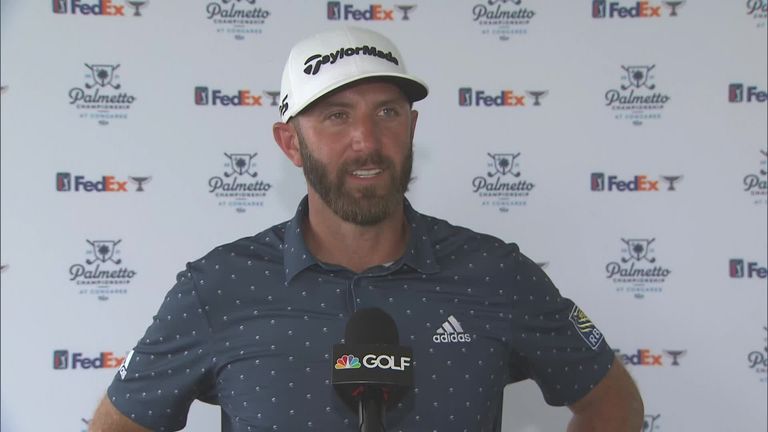 While he celebrated his excellent finish, Poulter’s focus was also on watching his waistline as he paid tribute to the on-site chefs at Congaree.

“The two chefs, the husband and wife chef that they have here, are remarkable,” he said. “The best golf club food I’ve ever had. I’m actually going to be pounding some weight on this week, so I’m glad it’s kind of hot and I can actually burn some calories off.

“The food is just sensational. So we’re being looked after really well here. There are a number of players staying on-site. And for people who have never seen Congaree, and I didn’t know about it until only a few months ago, it’s a real treat, it’s a gem, it’s a well-designed golf course and the food’s even better. So it’s a great week.” Brooks Koepka, also making his first appearance since finishing runner-up to Phil Mickelson at Kiawah Island, made an erratic start as he followed seven opening pars with a scrappy double-bogey six at the eighth.

But the world No 8, embroiled in an apparent feud with Bryson DeChambeau, dug deep on the back nine and made his third birdie of the day at the last to return a respectable one-over 72. 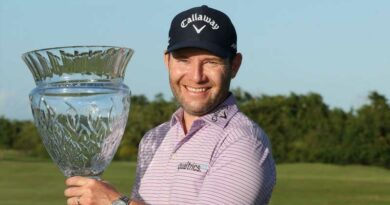